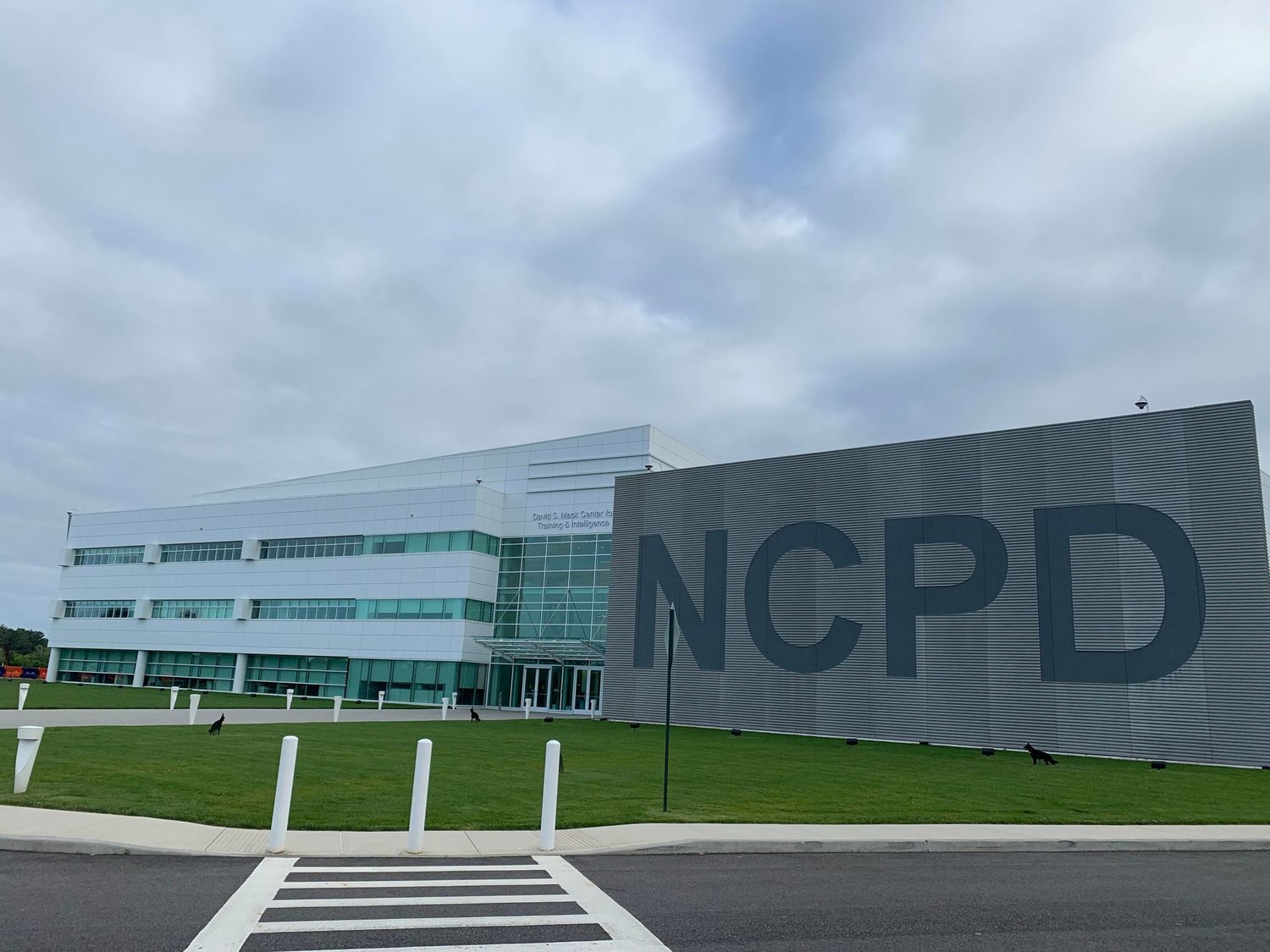 The David S. Mack Center for Training and Intelligence in Uniondale, which serves as a training center for Nassau County Police.
Karina Kovac/ Herald

We will not rest until all violent criminal enterprises on Long Island are eliminated.”
Breon Peace, U.S. Attorney
By Karina Kovac

Richard Michel, 41, the leader of the Red Lane Gorillas section of the Bloods street gang, was sentenced in federal court last Friday to 30 years in prison for multiple violent crimes, according to a news release from the U.S. attorney for the Eastern District of New York.

Michel’s rap sheet includes the murder of a Westbury man, Anthony Richard, in Baldwin Harbor in 2012; the kidnapping and assault of a rival gang member and another man in Hempstead the previous year; the attempted murder of a disloyal Bloods member in Uniondale in 2016; and racketeering, U.S. Attorney Breon Peace said. Michel, also known as “G-Light” and “Gangsta Light,” pleaded guilty to the charges in December 2021, along with co-defendant Dylan Cruz, 30, who was sentenced to 25 years in prison in June.

“For the murder, kidnapping, and assaults of Michel’s victims, the pain to their loved ones, and the violence Michel brought to our communities, today’s sentence is justice served,” Peace said in the release. “As a result of the hard work of our prosecutors and law enforcement partners, Michel’s gang has been dismantled, and we will not rest until all violent criminal enterprises on Long Island are eliminated.”

Michel, along with other members of the Red Lane Gorillas, engaged in a violent gang war against rival gangs, including the Crips and the 5-9 Brims set of the Bloods, in Nassau County and Brooklyn, the release said. To maintain his leadership position in the gang and to keep rival gangs in fear, Michel engaged in extreme violence against anyone suspected of disloyalty or being disrespectful of his gang.

According to court filings and statements Michel made at his plea, he admitted his role in the murder of Richard, a man he wrongly suspected of helping the Crips in the 2010 murder of a member of their gang.

Cruz and Michel, together with fellow gang members, located Richard, obtained a firearm, and followed him to his car in Baldwin Harbor. Cruz, who was Michel’s top lieutenant, got out of another car, walked up to Richard’s car and fired about 15 shots, killing Richard and wounding his passenger.

Michel also admitted to the Oct. 13, 2011, gunpoint kidnapping and assault of someone he believed was a disloyal gang member and another man in Hempstead. Further, Michel admitted pulling the trigger in the Sept. 9, 2016, attempted murder of a fellow Bloods gang member whom Michel suspected of disloyalty, in which the victim was lured from Brooklyn to Uniondale, thinking it was a marijuana deal. Michel shot the man in the back of the neck and left him to die, but the man later survived his wounds.

This case was brought as part of Project Safe Neighborhoods, a program bringing together all levels of law enforcement and the communities they serve to reduce violent crime and make neighborhoods safer. As part of the program, U.S. attorneys’ offices work in partnership with federal, state, local and tribal law enforcement and their local communities to develop locally based strategies to reduce violent crime.