Hitting it out of the park at state tourney 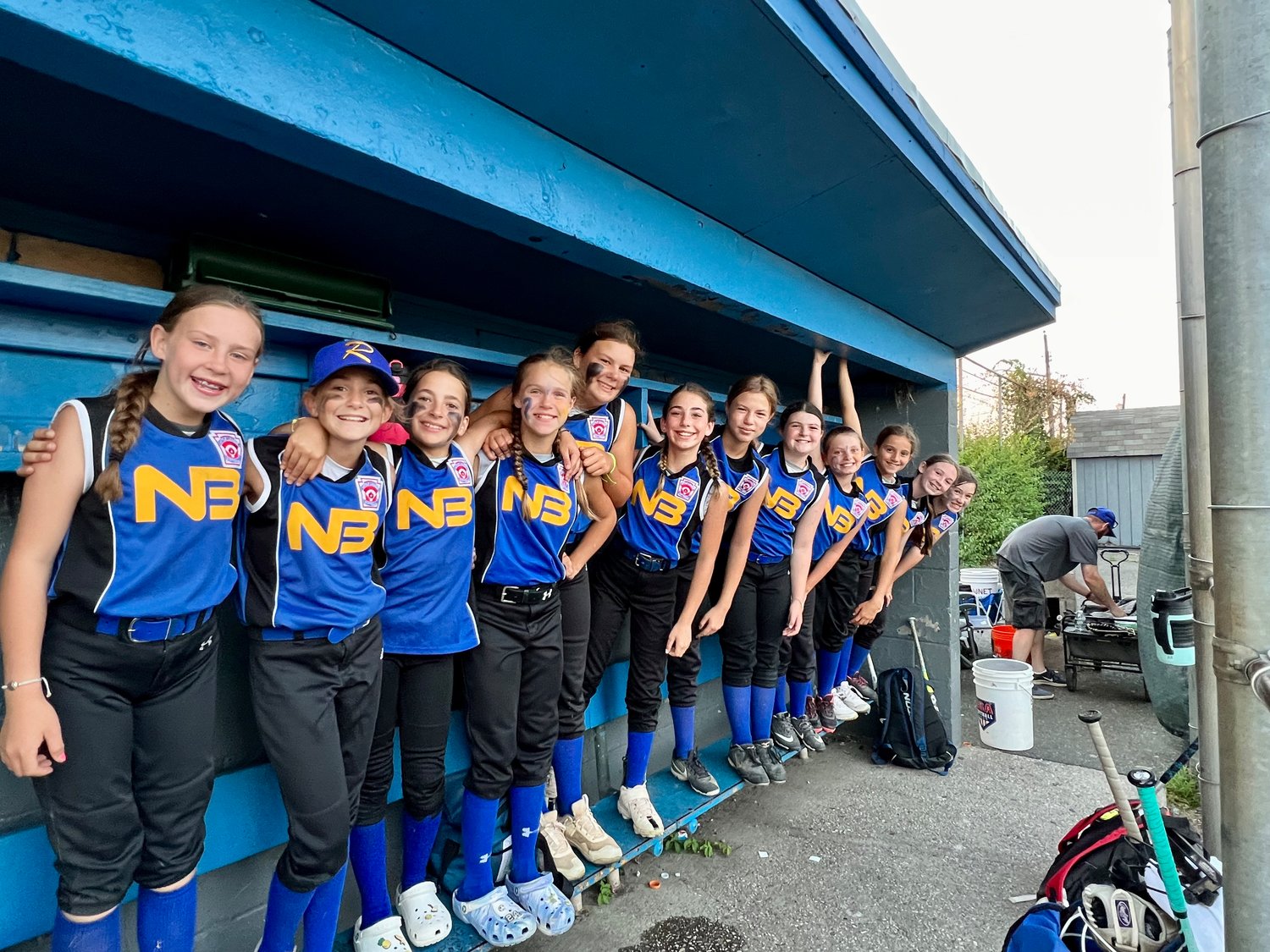 Ready to play ball, the girls were lined up in the dugout. The North Bellmore North Merrick Little League 10-and-under Lady Rebels made it to the New York State Little League Championship Tournament.
Courtesy Wendi Murphy 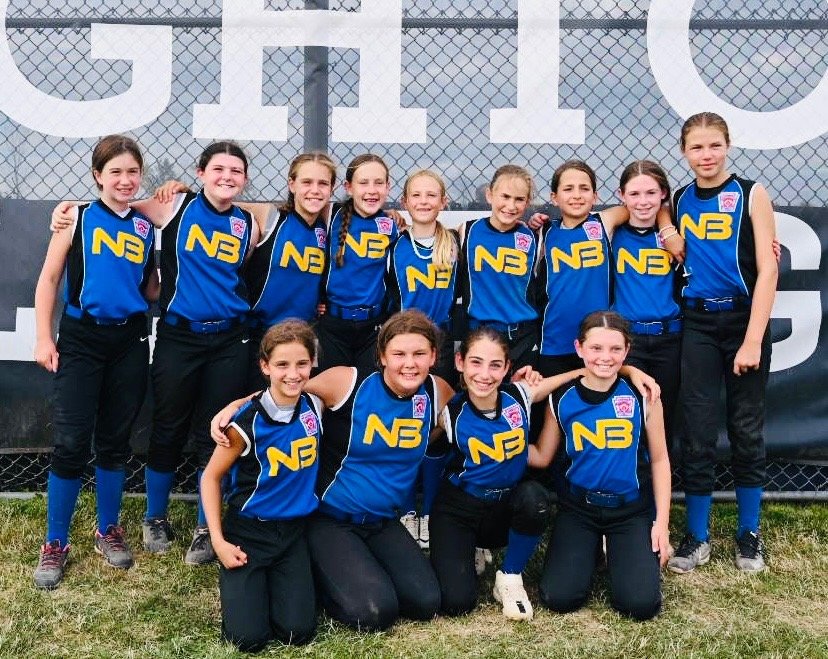 The team has played hard all season. It was undefeated locally, and made it to the finals at states.
Courtesy Wendi Murphy
Previous Next

The experience is going to be something they remember forever.”
Todd Murphy, Softball Coach
Meet the superstar team

Two players, Hannah Serio and Mia Quaranto, were unable to make the trip, but were an instrumental in helping the team along the way.

On the heels of a remarkable undefeated season, a 10-and-under softball team in the North Bellmore North Merrick Little League made its way through Long Island competition to take at crack at the New York State Little League Championship Tournament, played this year in upstate Penfield, a suburb of Rochester.

Wendi Murphy, the mother of one of the team’s players, Sydney Murphy, explained that the NBNM Little League put together teams that could hopefully, eventually make it to Williamsport, Pennsylvania, where, traditionally, the Little League World Series is played. The girls, all of whom just finished fifth grade in the North Bellmore School District, have been playing together for two years.

Murphy’s husband, Todd Murphy, is a coach of the team, alongside J.P. Agulles, Peter Pellagrino, Jon Snyder and Matt Zukowski. Todd said their age group likely wouldn’t go straight to Williamsport, but instead would play in a different regional competition.

To get to the state tournament, the girls had to first win a district title on Long Island, competing against teams from Little Leagues in Merrick-Bellmore, Seaford, Wantagh and Massapequa in late June through early July. “The 10U team crushed districts,” Todd said. “The run differential against their opponents was 43 to 3.”

The team also had to win a sectional title in mid-July, competing against teams from Oceanside and Floral Park.

The tournament, which started last week, will continue through July 31, although the girls’ last game was on July 25. Prior to hitting the road for states, Todd said the team — also known as the Lady Rebels — was so far undefeated.

While at the tournament, the team was in a bracket with a number of competitors, including a team from East Meadow. On July 22, in a game against a team from upstate Central Square, two Lady Rebels pitchers, Olivia Zukowski and Laci Linekin, threw a combined no-hitter for a shutout win — a remarkable feat for any team, even in Major League Baseball. The team’s catcher, Taylor Almona, caught the flawless game.

It was the first time in over 70 games at a New York state tournament, Wendi Murphy said, that a team of 10- through 12-year-olds had thrown a combined no-hitter.

The bond the team has formed over the last couple of years, Murphy added, has been remarkable. “They’ve been playing together now for two years, and went through training together, trying as a goal to get to Williamsport,” she said. “This is their first tournament away. They have a very good dynamic.”

The team won another game against a team from upstate Montgomery, overcoming some setbacks, including a few injuries. The win made them the No. 1 seed in their bracket, pulling them through to the semifinals.

“The girls played hard,” Zukowski said. “Winning the semifinals, they had a 29-game winning streak.”

Todd Murphy said the coronavirus pandemic had not complicated their seasons too much over the past couple of years, and the reason they didn’t go away to tournaments was because of their age group, not the pandemic. “As they get older,” he said, “we’ll look into doing more out-of-state and regionally.”

In the semifinals, the team won the game in mercy — meaning they outscored their opponent by so many runs that the Lady Rebels were named winners by the third inning.

The final, against Staten Island, was a “nail biter,” Wendi Murphy said. The Lady Rebels took an early lead, but by the third inning they were down 3-1, and couldn’t mount a comeback.

“Despite some setbacks,” Snyder said, “the girls played their hearts out, and left everything on the field.”

Merry Gangi, the mother of player Kaylee Gangi, said that calling herself proud was an understatement. “It’s more of beaming with pride, with the enthusiasm they put forth each time they step on the field,” she said. “They’ve shown passion, perseverance and resilience. The support they have for each other is beyond what any 10-year-old typically has.”

Coaches Agulles and Pellagrino shared what it’s been like watching the girls improve over the years. “From 9U, barely having anyone get the ball over the plate,” Agulles said, “these girls stayed dedicated, working in team training and individual hitting and pitching lessons.”

“The girls were dedicated throughout the season, and they flourished,” Pellagrino added. “These girls accepted every challenge, and worked hard to accomplish every win."

The team, Wendi said, is thankful for the GoFundMe page that was set up by the NBNM Little League to help parents pay the expense of staying in Rochester for a week, and for all those who made donations.

Todd Murphy said he hoped the Lady Rebels grew as a team, and learned new things from their first tournament away. “I think in addition to the game,” he said, “the experience is going to be something they remember forever.”