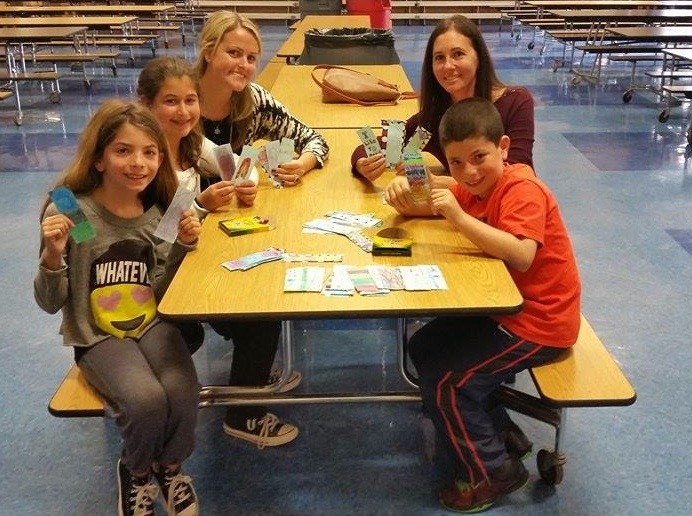 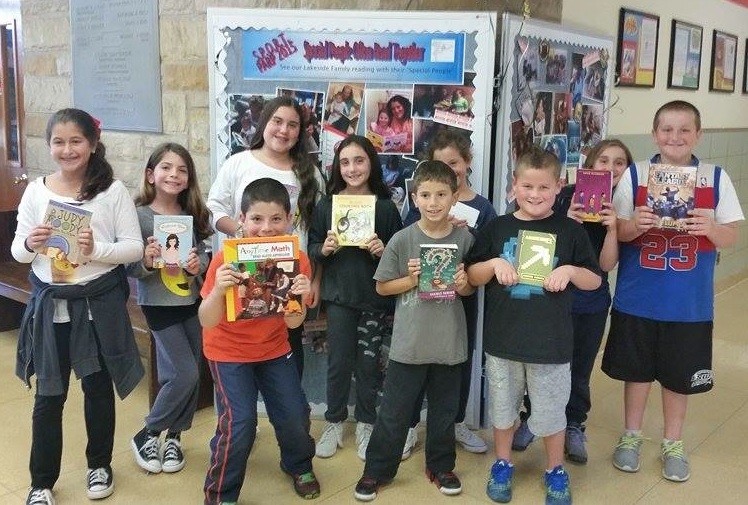 Children at Levy-Lakeside School in Merrick held books that they helped collect for Book Fairies, which distributes them to schools in need.
Stephany Reyes/Herald Life 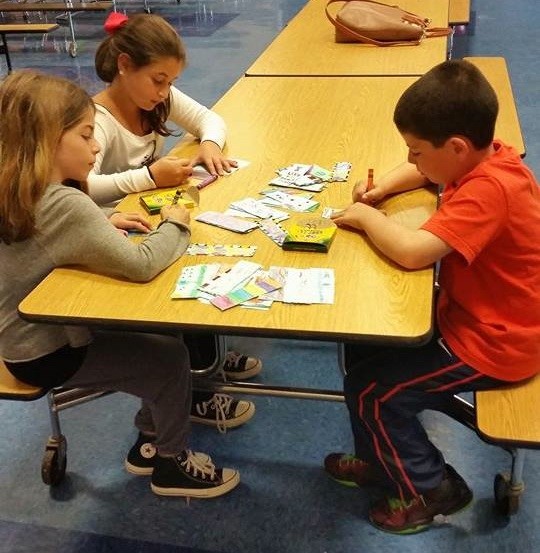 Hailey Boas, Alexis Reiner and Zachary Boas got creative while drawing designs and patterns on their bookmarks.
Stephany Reyes/Herald Life
Previous Next
By Stephany Reyes

The Book Fairy is out and about again, this time at Levy-Lakeside Elementary School in Merrick, to collect roughly 800 books raised by children eager to help those in need. Amy Zaslansky, of Bellmore, has been the Book Fairy for the past three years, collaborating with Levy-Lakeside and other Bellmore-Merrick Schools to gather the books.

Book Fairies, a non-profit organization founded by Zaslansky, has raised more than 100,000 books since its launch in 2012. The organization accepts new or gently used books, ranging from children’s books to novels for grown-ups, and later distributes the books to schools in need across Long Island.

Levy-Lakeside’s collaboration with Book Fairies continued this year when the school held a book drive from Oct. 13 to 19. Against the wall in Levy-Lakeside’s foyer were stacks of books neatly packed in more than 10 boxes. “The kids are very excited to participate in the book drive,” Levy-Lakeside Assistant Principal Allison Banhazl said. “They come in with their books ready to donate to a child less fortunate than them.”

Book Fairies donates books to schools where more than 50 percent of the student population qualifies for free or reduced lunch. Usually books are donated to schools by the box load, but Book Fairies tries to host several free book drives at schools.

“We coordinate free book drives with four to six schools on the waiting list, where each child is eligible to take two free books home,” Zaslansky said.

There are currently more than 20 schools on Book Fairies’ wait list. Zaslansky said Book Fairies’ warehouse in Freeport is filled with enough books to distribute to all schools on the list; however, volunteers are needed to help sort the books into their different genres.