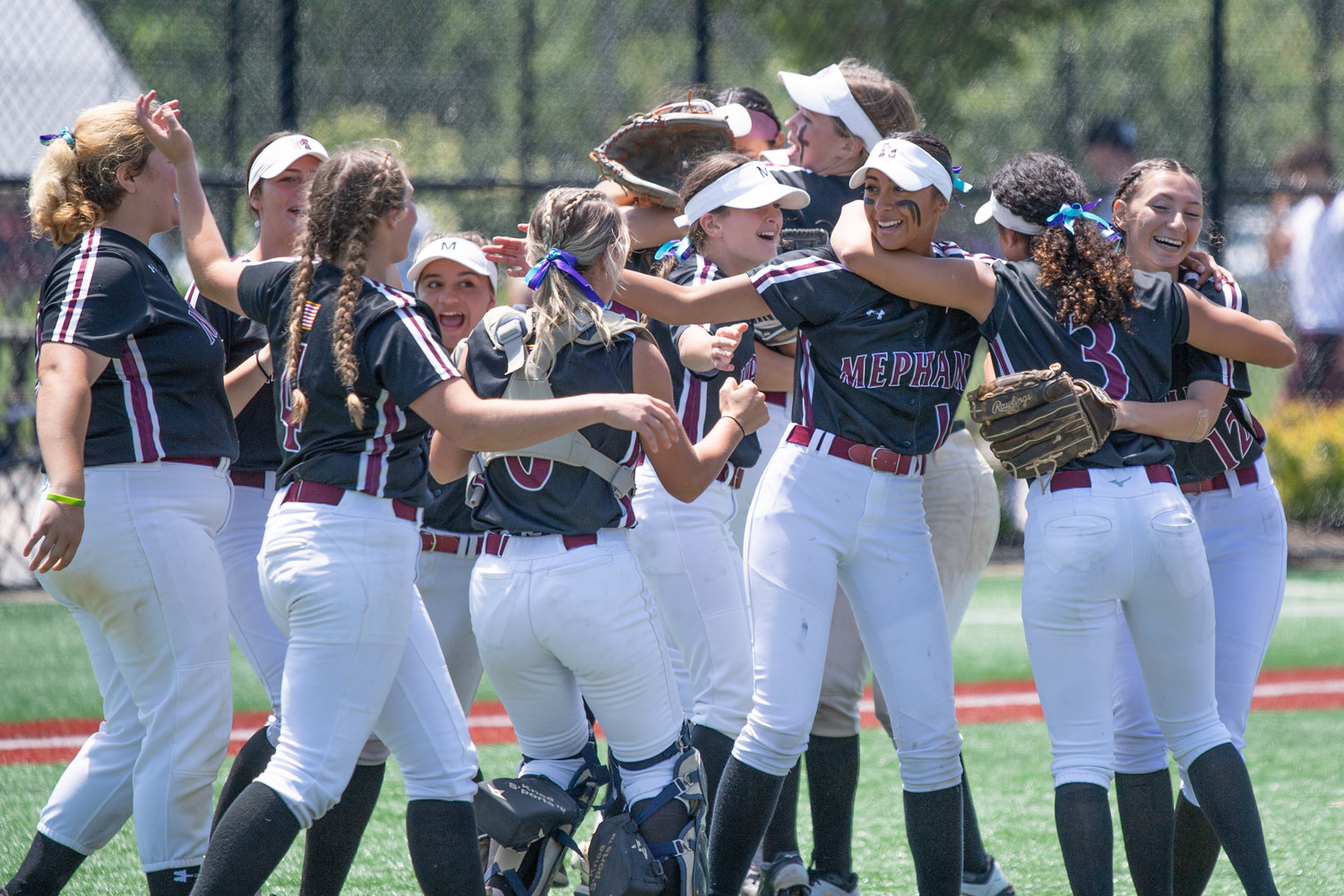 The Pirates scored an unearned run in the top of the second inning and never trailed. Senior Kylie Persampire provided the insurance in the seventh with a two-run single after East Islip (23-2) scored three times in the bottom of the sixth to get within 5-3.

Senior Alanna Morse, junior Lily Yepez and eighth-grader Avery Bentancourt each scored two runs for Mepham (19-4), which advances to the state Final Four for the first time in program history next Saturday, also at Moriches Athletic Complex. There was no state tournament held last spring due to Covid-19.

“This is such a special group of kids and to repeat as Long Island champs is such a difficult thing to do,” Mepham first-year coach Thomas Simone said. “Unlike last year, the girls have an opportunity to play for a state title and I know they’re going to give everything they’ve got.”

East Islip managed at least one hit off DeLutri (nine strikeouts) in every inning but left 14 runners on base, including two in the first, fourth, fifth, sixth and seventh, and the bases full in the third.

DeLutri, nursing a 1-0 lead in the third after Guerrero singled to lead off the second and scored on a two-out error, was in quite a jam with bases loaded and no outs following a single, double and a walk.

“Giselle knows how to get the big outs when we need them, and the defense is always behind her,” junior catcher Sera Muoio said.

Facing East Islip cleanup batter Kayla Varga, DeLutri got a force at home on a grounder to Guerrero at shortstop for the first out. DeLutri struck out the next batter and induced a routine infield popout to put out the fire.

“We ask a lot of Giselle and she’s such a fighter out there,” Simone said of DeLutri, who threw four perfect innings in relief and earned the win in last year’s L.I. title game against Miller Place. “I’m constantly talking to her during games and she knows how to battle through tough situations,” he added.

The Pirates provided DeLutri with additional cushion thanks to a run-scoring double by Guerrero in the fourth to make it 2-0, followed by a three-run outburst in the fifth. Senior Alanna Morse had a run-scoring groundout and Guerrero a two-run double.

“The second time through the order, the girls were locked in at the plate,” Simone said.

East Islip finally broke through in the sixth to make things interesting and did all of its damage with two outs. Pitcher Kayla Kreuscher, Varga and Alyssa Benevengo had consecutive run-scoring singles to shave Mepham’s lead  to 5-3.

In the top of the seventh, however, the top of the Pirates' lineup set the table and they answered with another three-run rally. Yepez singled, Bentancourt singled, and Morse drew a walk to load the bases. Guerrero was retired for the first time all day, but senior Gia Miccio came through with a sacrifice fly for a 6-3 lead and Persampire followed with icing on the cake — driving in Bentancourt and Morse with a sharp single to left.

“I’m so stoked and proud of my team,” Guerrero said. “I have the best teammates and we always pick each other up. It’s pretty incredible to win back-to-back Long Island championships and I don’t think we’re done yet.”