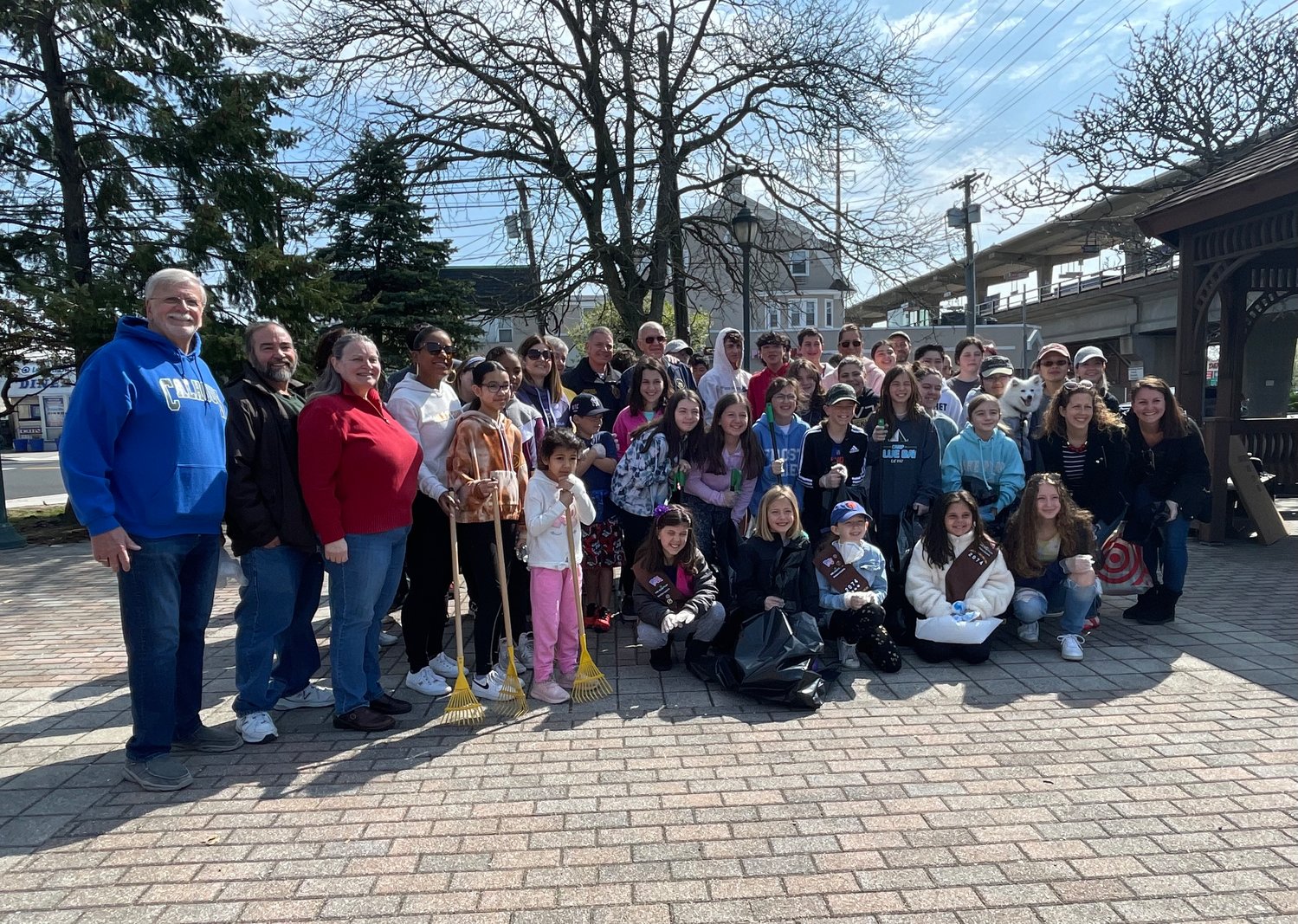 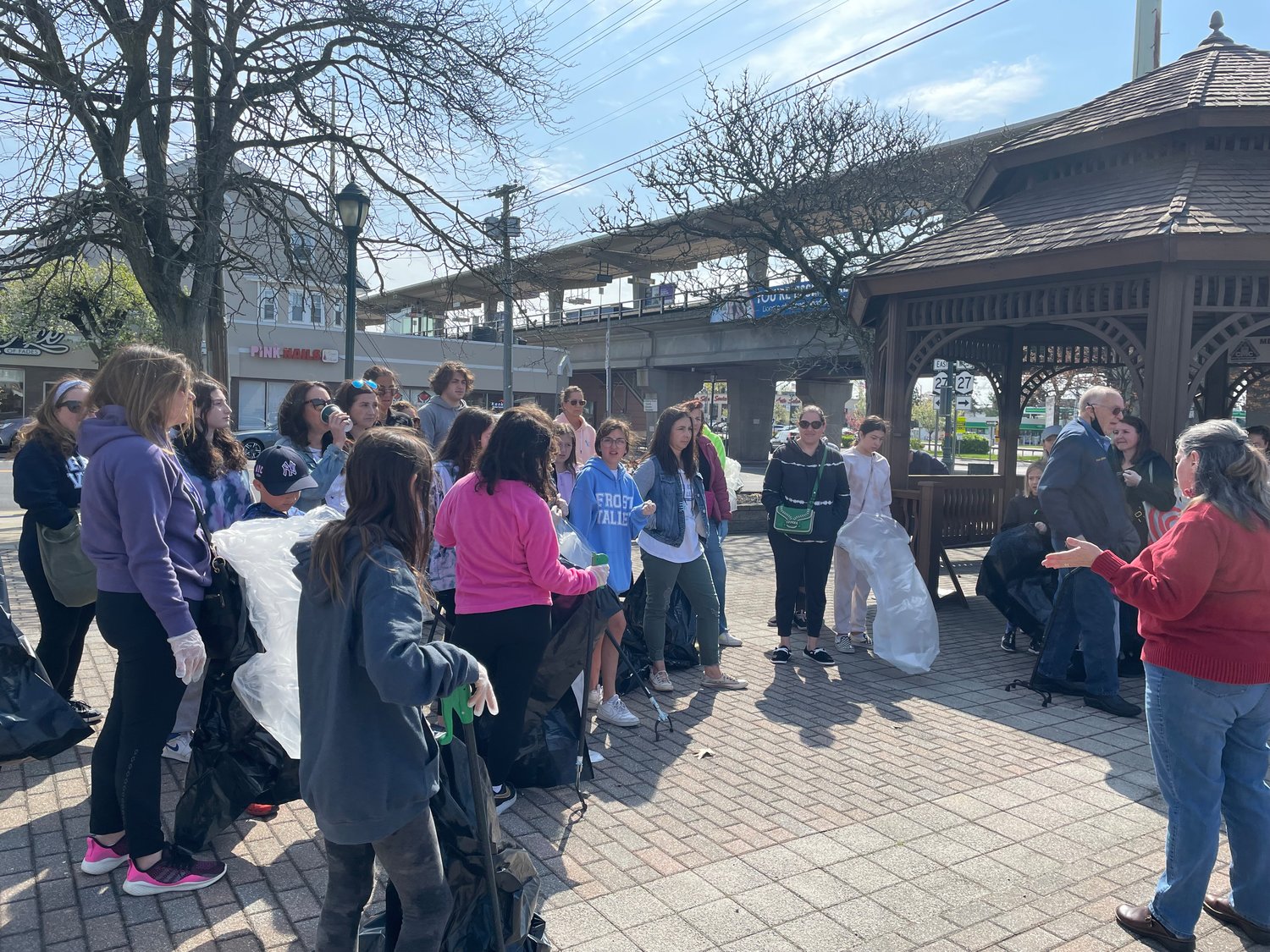 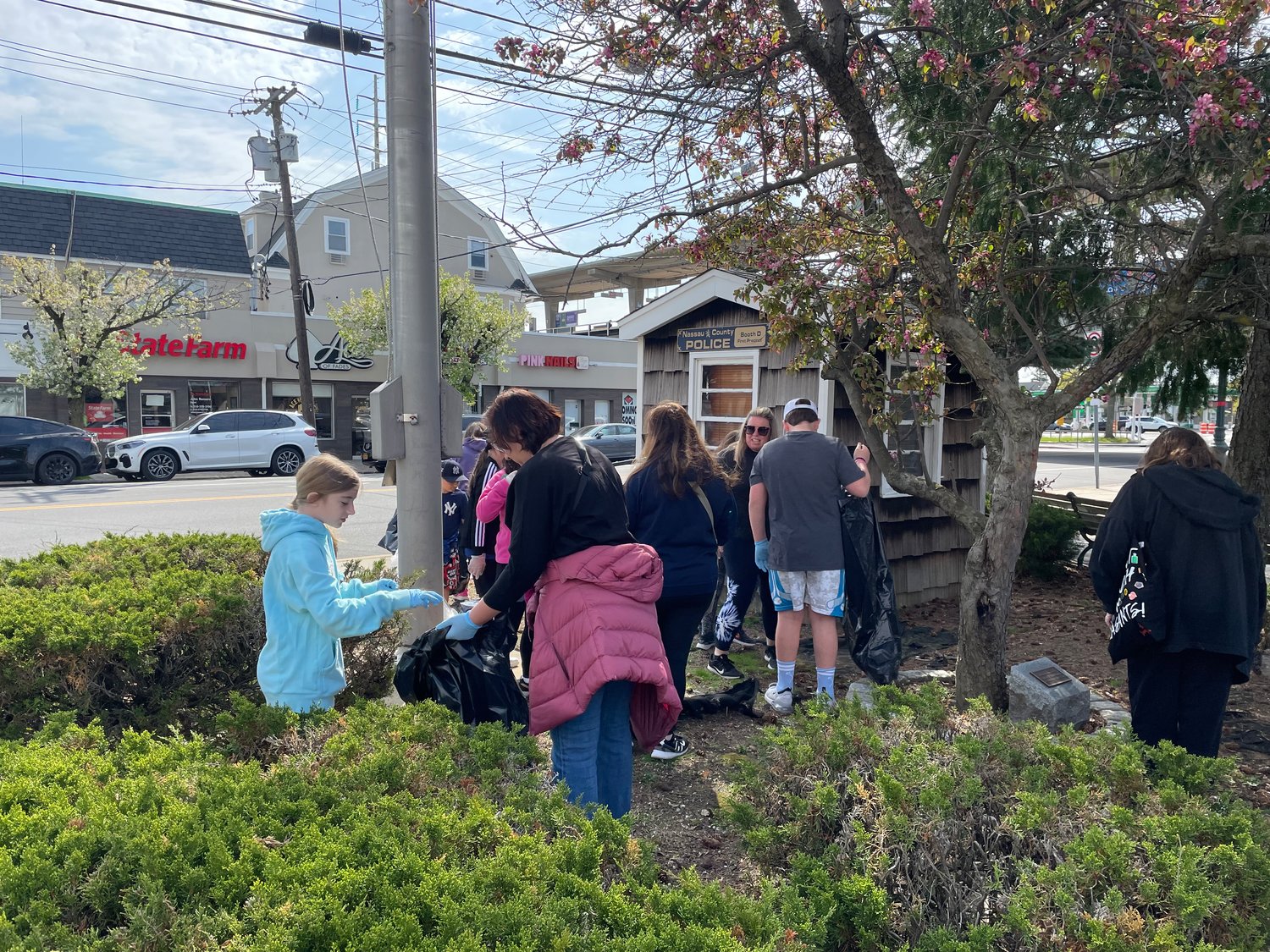 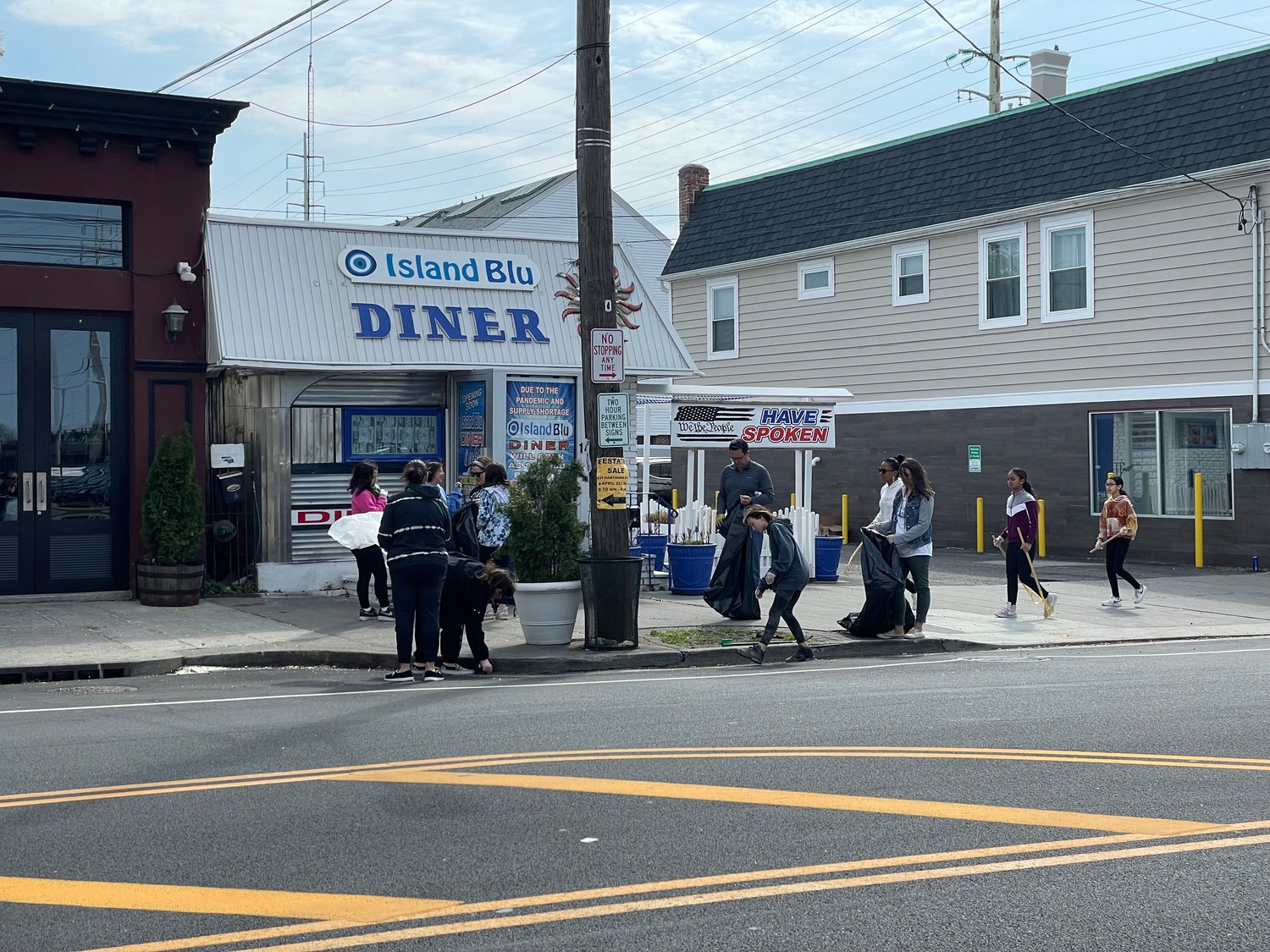 The cleanup wasn’t limited to the gazebo — volunteers also trekked up Merrick Avenue, cleaning up the street along the way.
Jordan Vallone/Herald
Previous Next
By Jordan Vallone

Merokeans gathered at the Merrick gazebo over the weekend, located next to the Merrick Long Island Railroad Station, to participate in the South Merrick Community and Civic Association’s annual “Spring Clean Sweep.” A beautification project, the task for volunteers was simple: to clean up trash and debris that accumulated near the gazebo, and northbound on Merrick Avenue.

In attendance were SMCCA members, including president Joe Baker, and vice president Berta Weinstein and elected officials, including Nassau County Legislators Steve Rhoads and Tom McKevitt and State Assemblyman Dave McDonough. Local girl scout and boy scout troops, in addition to area high school students and community members, made up the large crowd of volunteers who came out to support the cause, and keep Merrick clean.

“I would like to thank everyone for coming,” Weinstein said, addressing the volunteers. “This is a great community event, and we try to do this every year.”

The volunteers were provided tools for collecting trash, clear and black garbage bags for everything collected, as well as gloves for safety purposes. Student volunteers were able to collect hours, which were signed off on at the conclusion of the event.

Taking place just two day after Earth Day, Rhoads pointed out that cleaning the earth is something that should always be done.

“This is something we should be doing every day, getting together to try and take care of our communities,” he said. “Merrick is beautiful because of all of us, contributing towards what makes our community great. I want to thank all of your for being a part of this, showing that you’re active and involved in trying to be part of the solution.”

“You’re doing a great job, because we keep this most beautiful community of Merrick looking good,” McDonough added.

The SMCCA will host the second installment to the Spring Clean Sweep on May 15 at 10 a.m. Volunteers will gather behind Bagel Boss in Merrick, and instead focus on cleaning up areas along Merrick Road.