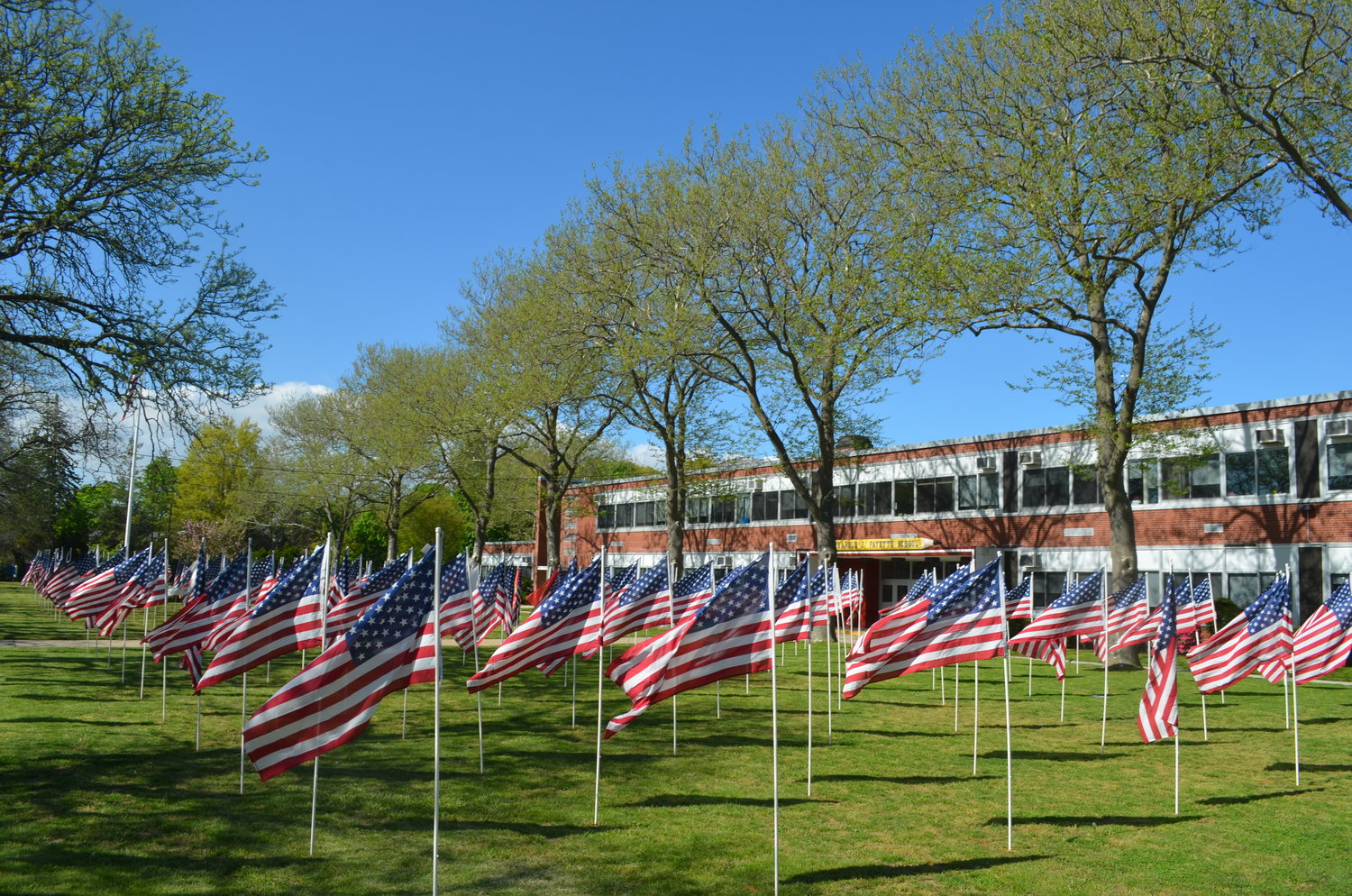 The school yard in front of Fayette is flooded with American flags, ahead of Memorial Day and Flag Day.
Tim Baker/Herald 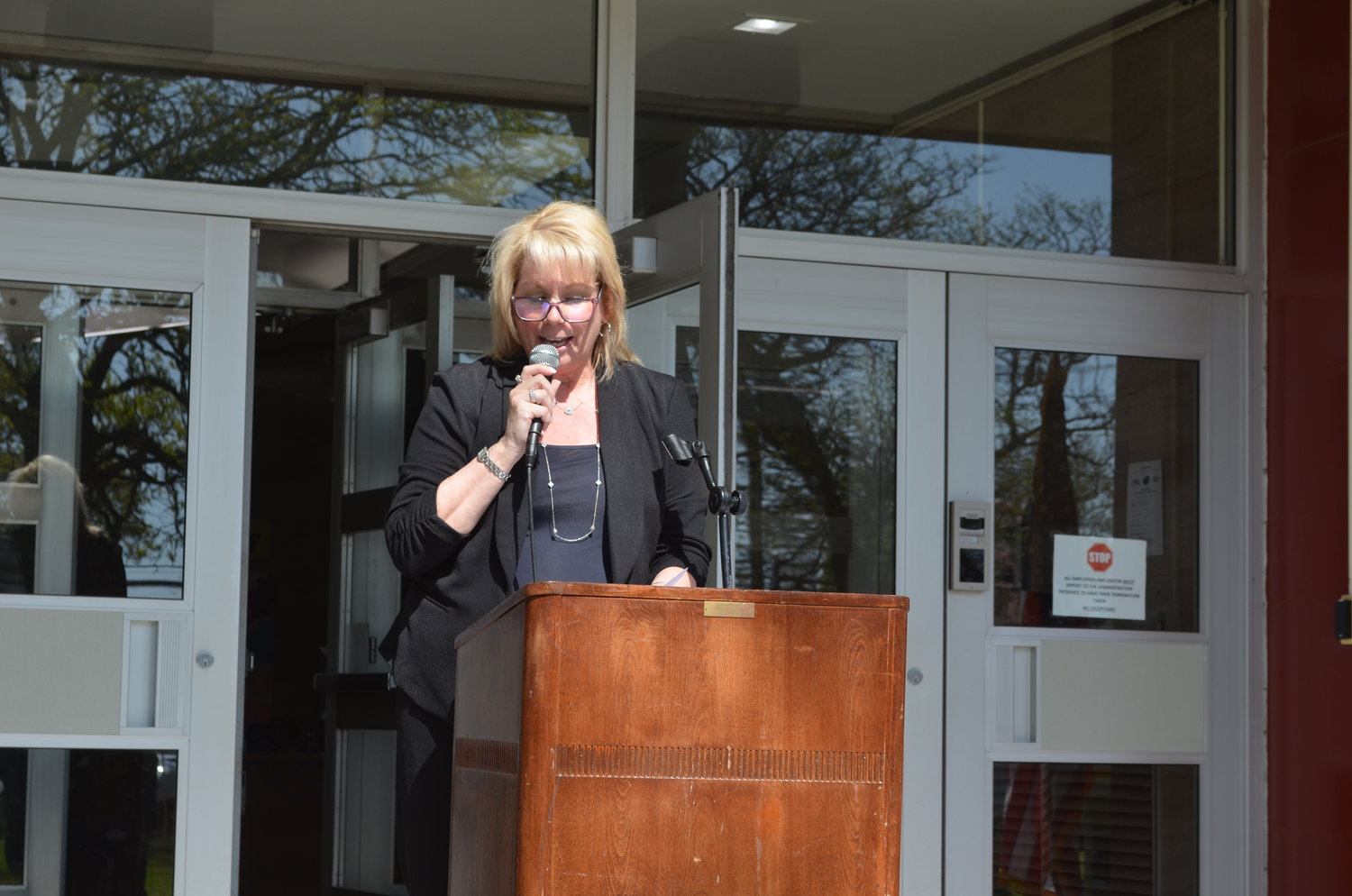 North Merrick Union Free School District Superintendent Cynthia Seniuk welcomed guests to the ceremony, and spoke of the importance of the Field of Flags.
Tim Baker/Herald 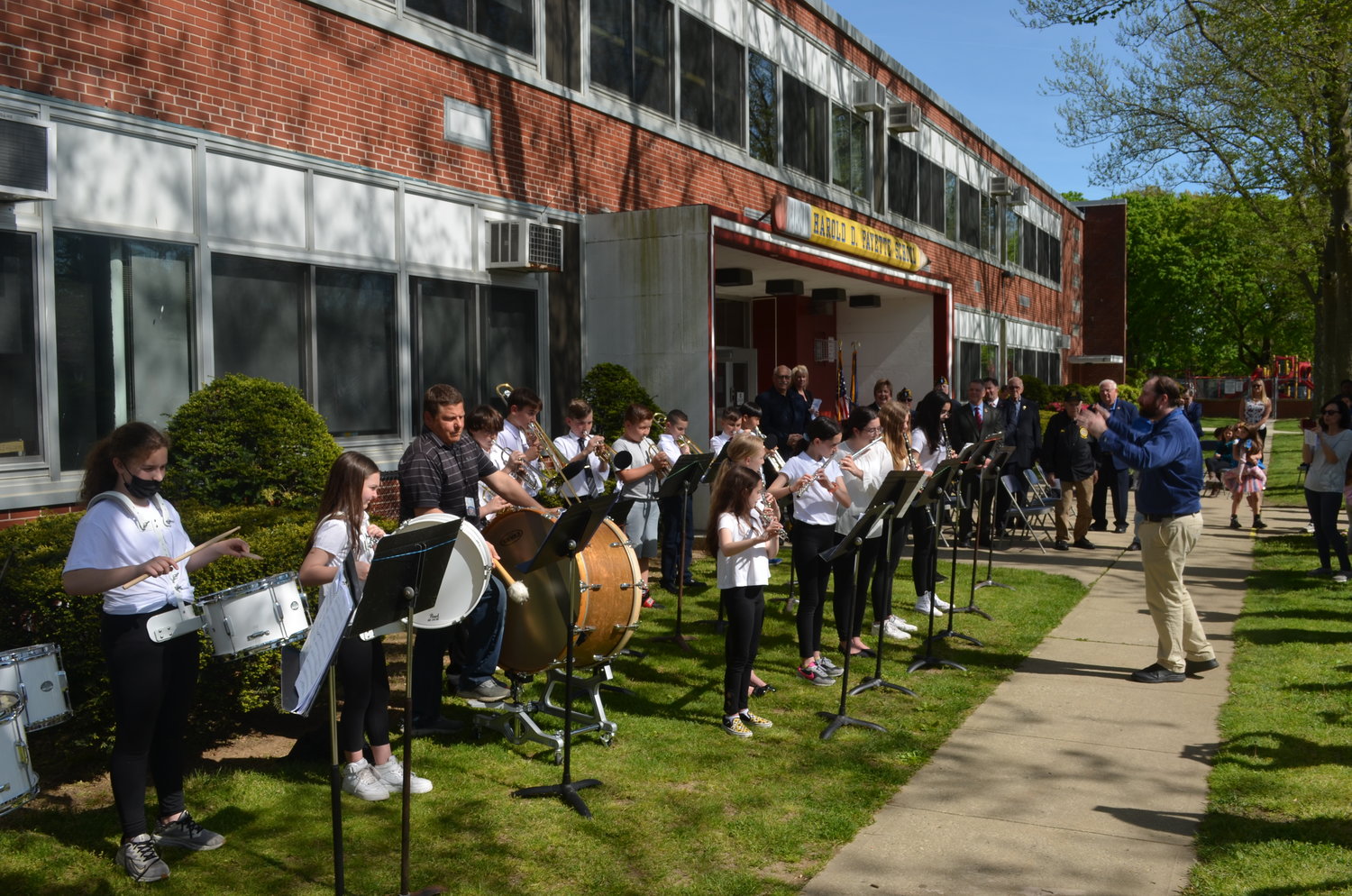 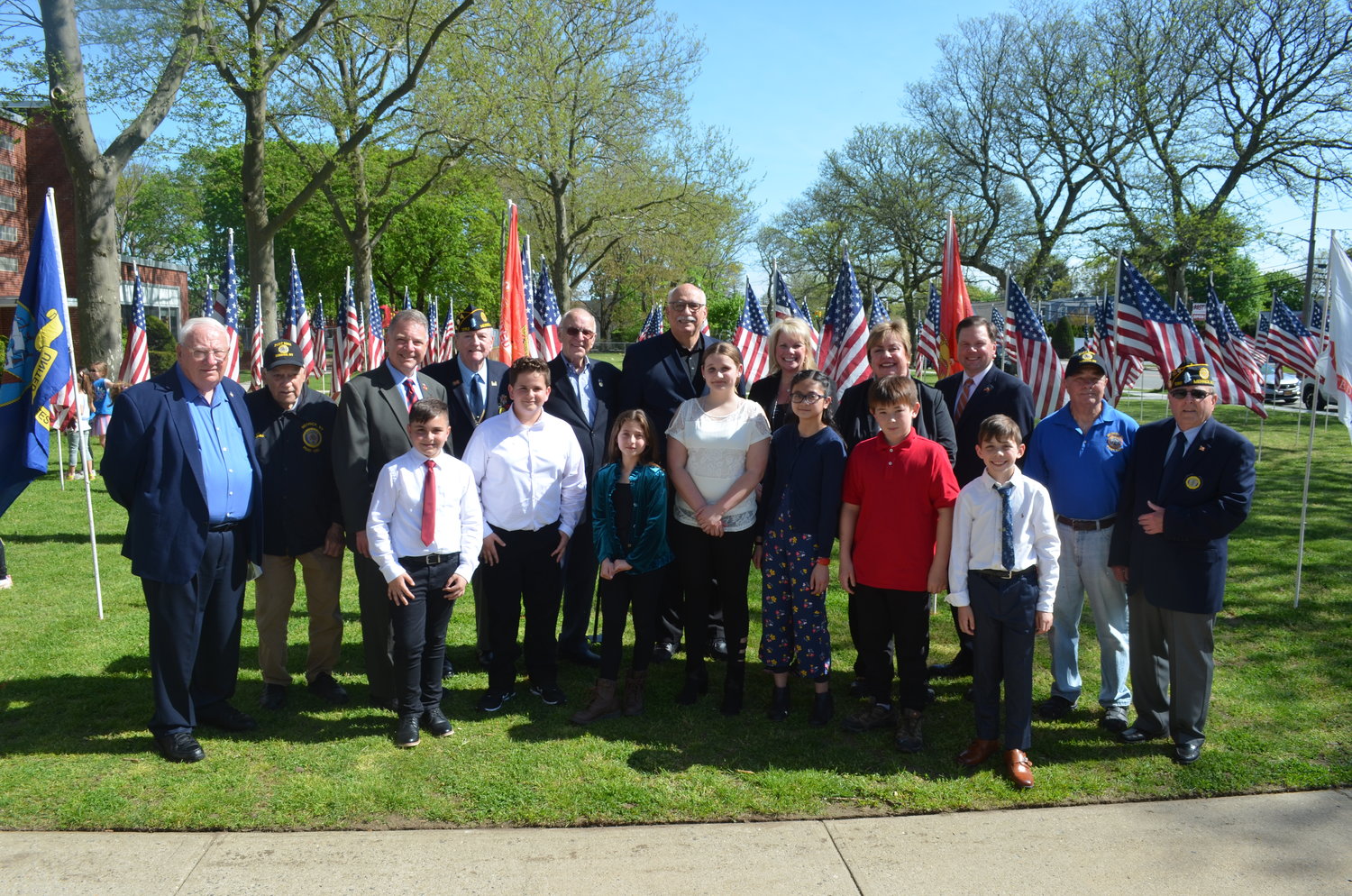 A drive past the Harold D. Fayette School on Merrick Avenue in North Merrick will leave residents in awe over the large, beautiful field of American flags completely covering the front school yard.

North Merrick Union Free School District’s Field of Flag ceremony, ahead of Memorial Day, served as a reminder for students, parents and additional attendees to remember those who have died defending the United States, and to uphold values of Americanism and patriotism.

The ceremony, which was attended by leaders in the school district, American Legion Post 1282, local politicians, Fayette’s school band, and student council members, was kicked off with the Pledge of Allegiance, read by Superintendent Cynthia Seniuk.

“It’s truly amazing, the feeling, standing here and looking and seeing all the smiles on everyone’s faces with the flags behind you,” Seniuk said after the pledge. “Our field of flags commemorates both Memorial Day and Flag Day.”

This year’s field of flags was hosted by the student council at Fayette, and their advisor. Included in the display was a special September 11 flag, honoring all the people who lost their lives, and continue to suffer from long term 9/11-related illnesses. All proceeds from the flag sponsorships, Seniuk said, will directly benefit the Wounded Warrior Project.

Following a performance by the band, which played “Marching Marines,” and speeches made by the student council, the American Legion thanked the school district for having them attend.

“I would like to thank the North Merrick school district, all the students, teachers and administrators in the three schools in the district, and all the parents and children that stayed here and thought that this ceremony was that important,” Post Commander Robert Dishman said.

Speaking on locations that reminded him of the American flag, Dishman told the crowd about Fort McHenry, where the Star Spangled Banner was written, and Arlington National Cemetery.

“If you haven’t [gone], you should go,” Dishman said of Arlington. “… because in Arlington, there’s over 400,000 reasons why you should stand for the American flag.”

Post 1282’s Chaplain Jim O’Neill, conducted the flags’ commemoration, and also spoke highly of the district, and of the students in particular. “I, and most post members, are so proud and feel so honored to be invited to Fayette,” O’Neill said. “The children — all you young boys and girls out there — will someday be our leaders.”

Seniuk had one request of the community: to enjoy and admire the flags. “Please continue to drive by slowly,” she said. “Stop by often over the next few weeks to really embrace and enjoy the beauty of the flags waving in the wind. I know I do.

“When you stop, and pause, and actually take a moment to appreciate it, it really resonates with you,” she added. “It’s a feeling you will never forget, and one you will look forward to every year.”