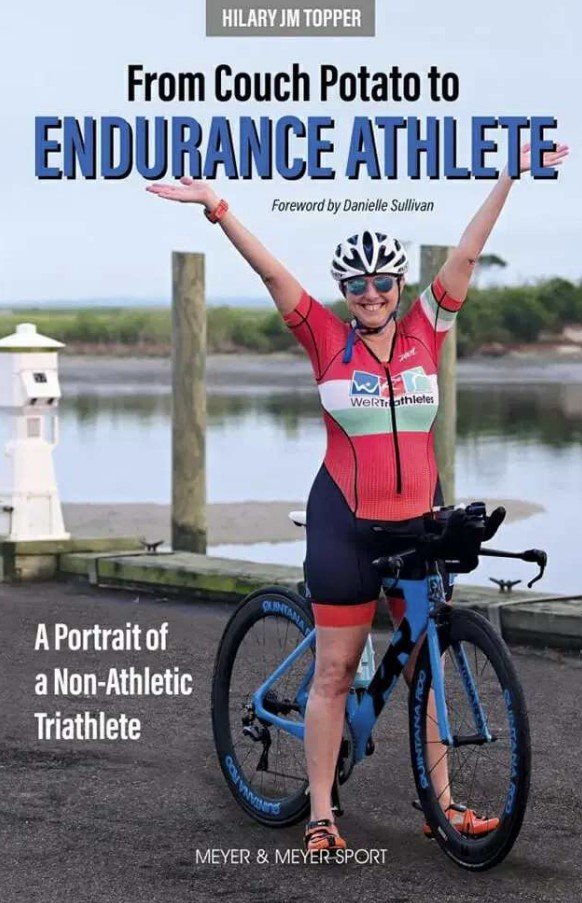 The cover of Topper’s new book, “From Couch Potato to Endurance Athlete—A Portrait of a Non-Athletic Triathlete.”
Courtesy Hilary Topper 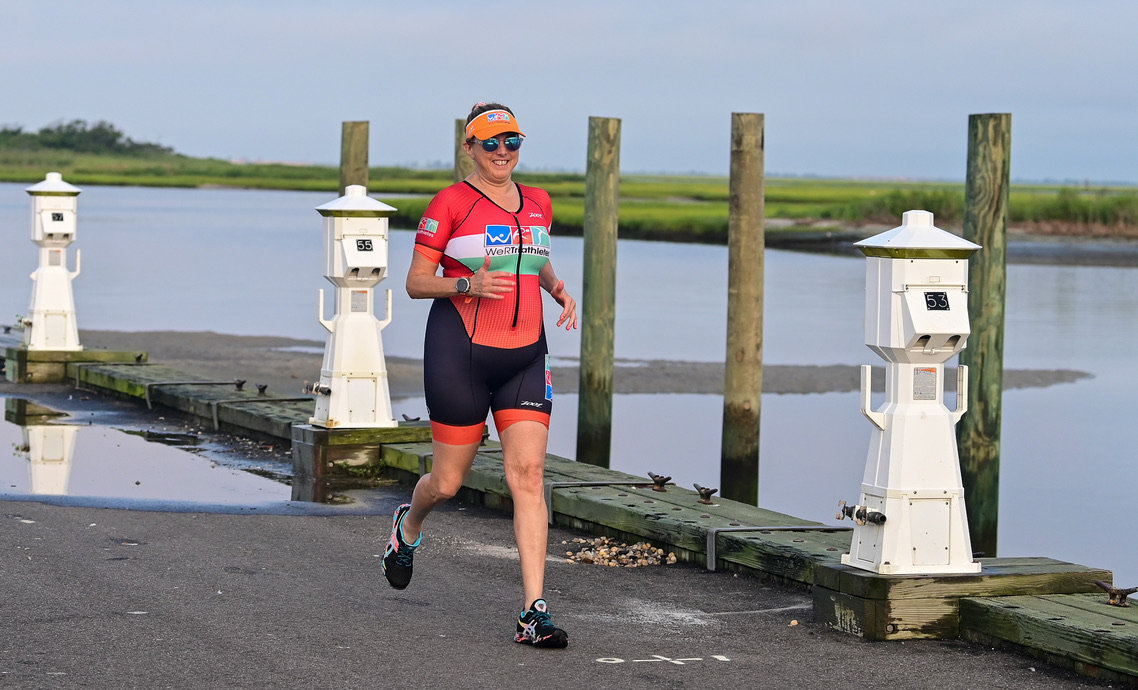 Topper, a triathlete, takes part in a triathalon.
Courtesy Hilary Topper
Previous Next

Her story highlights the human condition in that we all struggle with motivating ourselves to be better versions of ourselves.”
Derek Topper, Author’s son
By Hannah Merwin

At some point in their life, every person has hit a slump, whether that be in their work life, social life, or everyday life. Sometimes it feels as if there is no way out of that slump. Author and Merrick resident Hilary Topper delves into just that in her new book, “From Couch Potato to Endurance Athlete—A Portrait of a Non-Athletic Triathlete.”

Not only is she an author, but she is a triathlete, adjunct professor at Hofstra University, podcaster, blogger and distance swimmer. She also coaches other runners and triathletes. Topper said she loves being an author, and began as a blogger, just talking about her life and experiences.

The 60-year-old Long Beach native has several upcoming book signings, including one in Carle Place, which will raise money for the Social Media Association. The Social Media Association is an organization Topper created “nearly 20 years ago to help educate the community on social media tactics,” she explained. “The money will be used to provide free programs to the community.”

Those close to Topper can see what an important influence she has on those around her. Her son, Derek Topper, a baseball data scientist at Creative Artists Agency, said his mom’s journey is an important one, and that it can be used to inspire everyone to get off the couch and commit to exercise.

“There are so many of us in society who struggle to take the important first step of merely showing up, and this story is about putting those thoughts aside and taking initial steps towards bigger goals,” Derek said. “Her story highlights the human condition in that we all struggle with motivating ourselves to be better versions of ourselves, and Hilary’s journey demonstrates the positive outcomes that come when we begin and stick to a journey.”

“The book is for anyone who felt that they were too old or too overweight to try and do any activity,” Topper noted. “The book is geared for someone who feels like they were put down their entire life and hopefully, will enlighten people to feel like they can and will do something out of their comfort zone.”