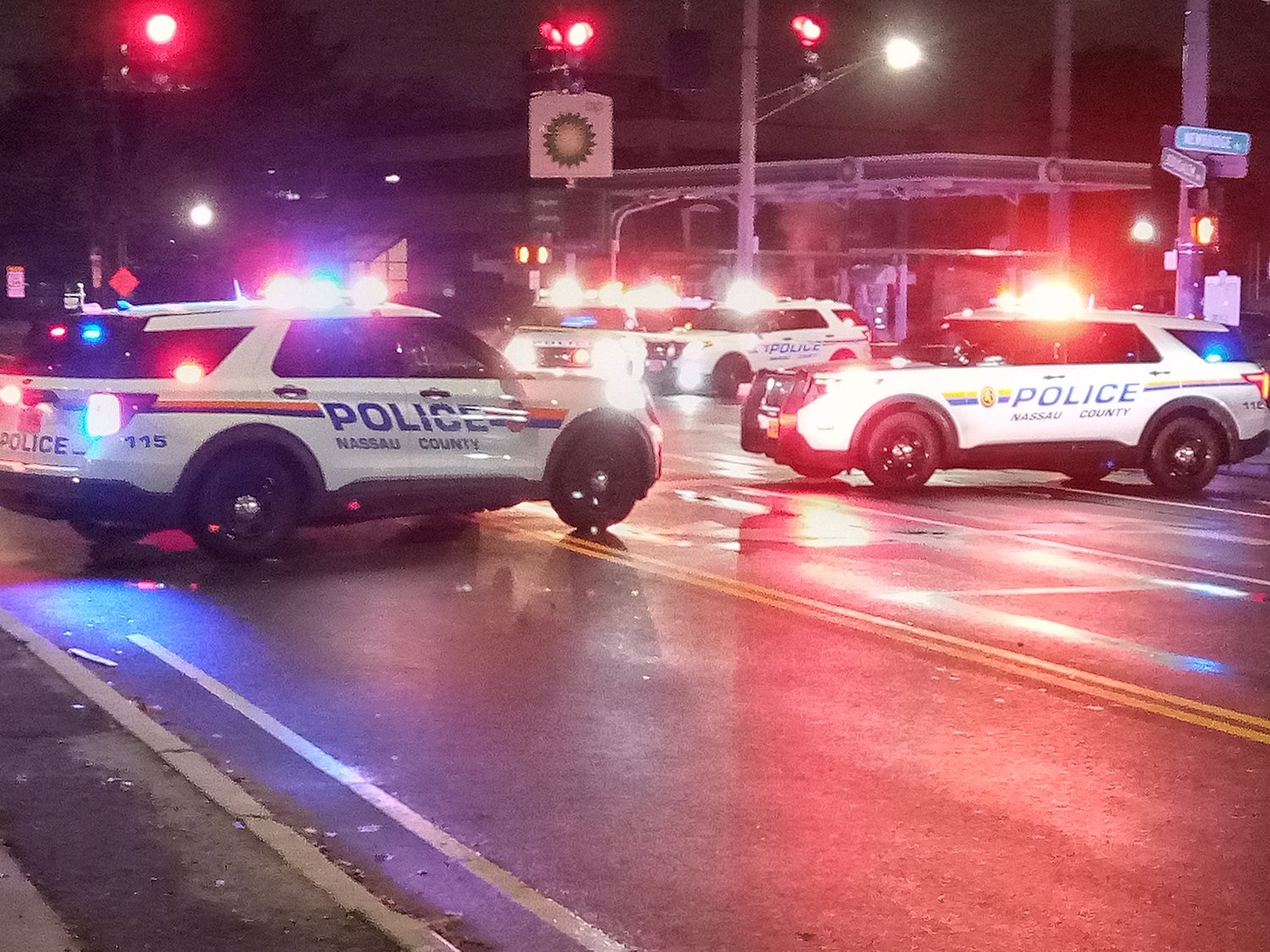 Police respond to the scene in N. Bellmore, where a vehicle struck a man on Nov. 15 around 3:50 a.m.
Photo courtesy John Scalesi

The homicide squad is investigating a serious vehicular accident involving a pedestrian that occurred Nov. 15 around 3:50 a.m. in N. Bellmore.

According to detectives, a 41-year-old male operating a 2015 GMC struck a 70-year-old male at the intersection of Jerusalem Avenue and Newbridge road. The pedestrian suffered severe trauma and was taken to a local hospital by a Nassau County Police Department Ambulance, where he remains in critical condition. The operator of the vehicle remained at the scene.

The investigation is ongoing.