Supporting ACDS, one wash at a time 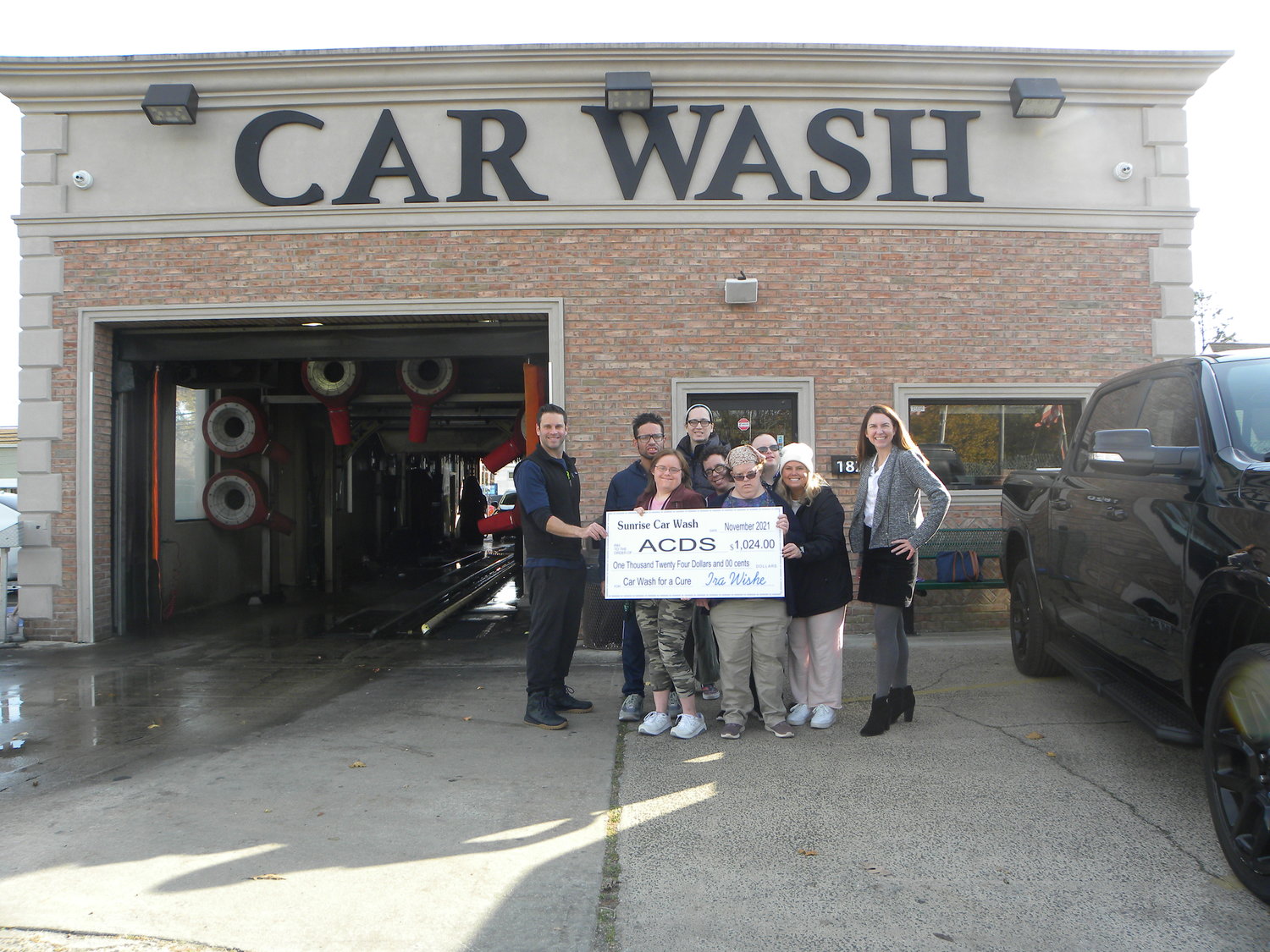 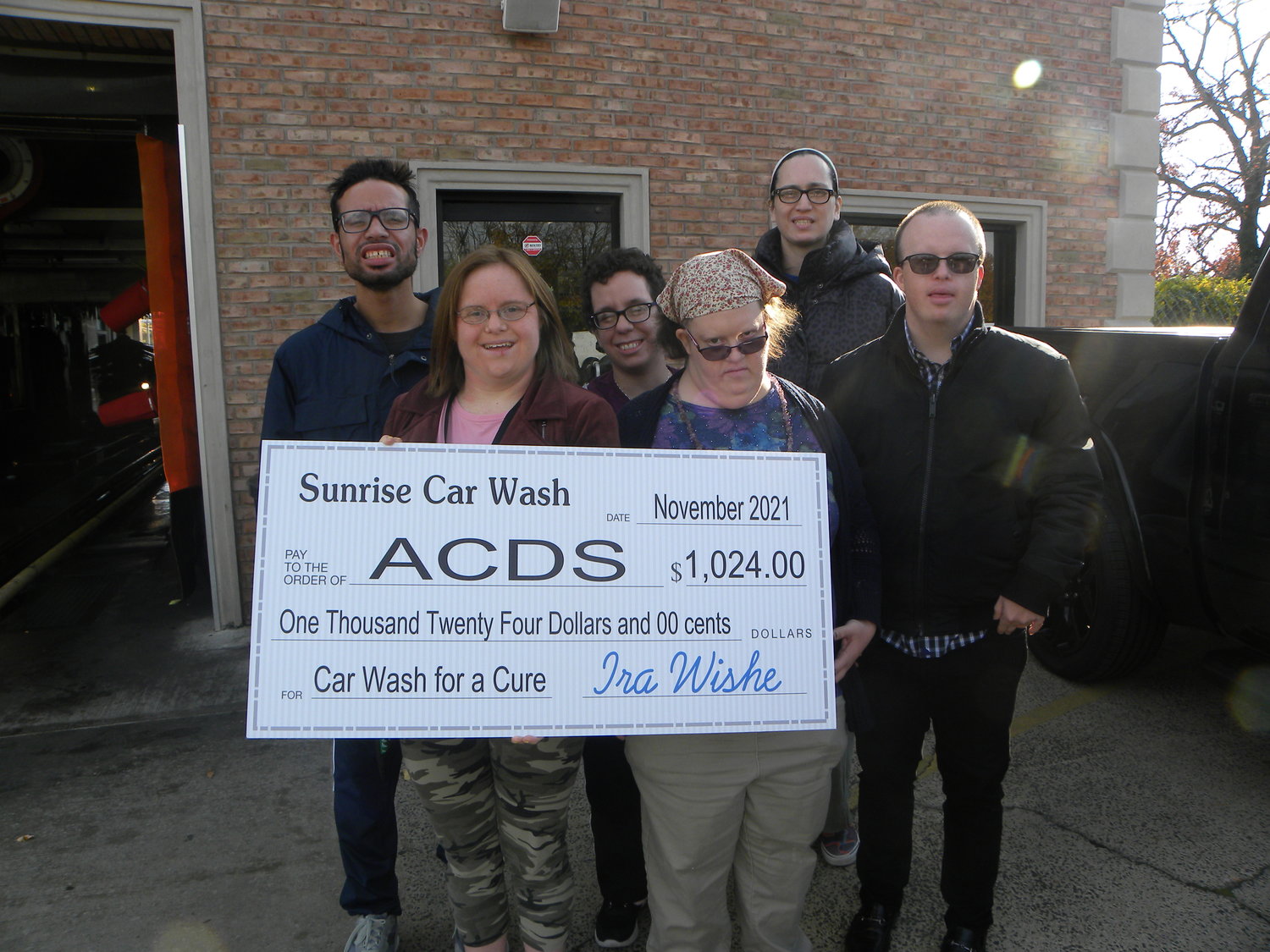 ACDS attendees with the ceremonial check at the Sunrise Car Wash. ACDS has a day habilitation center and numerous group homes in Merrick.
Jordan Vallone/Herald 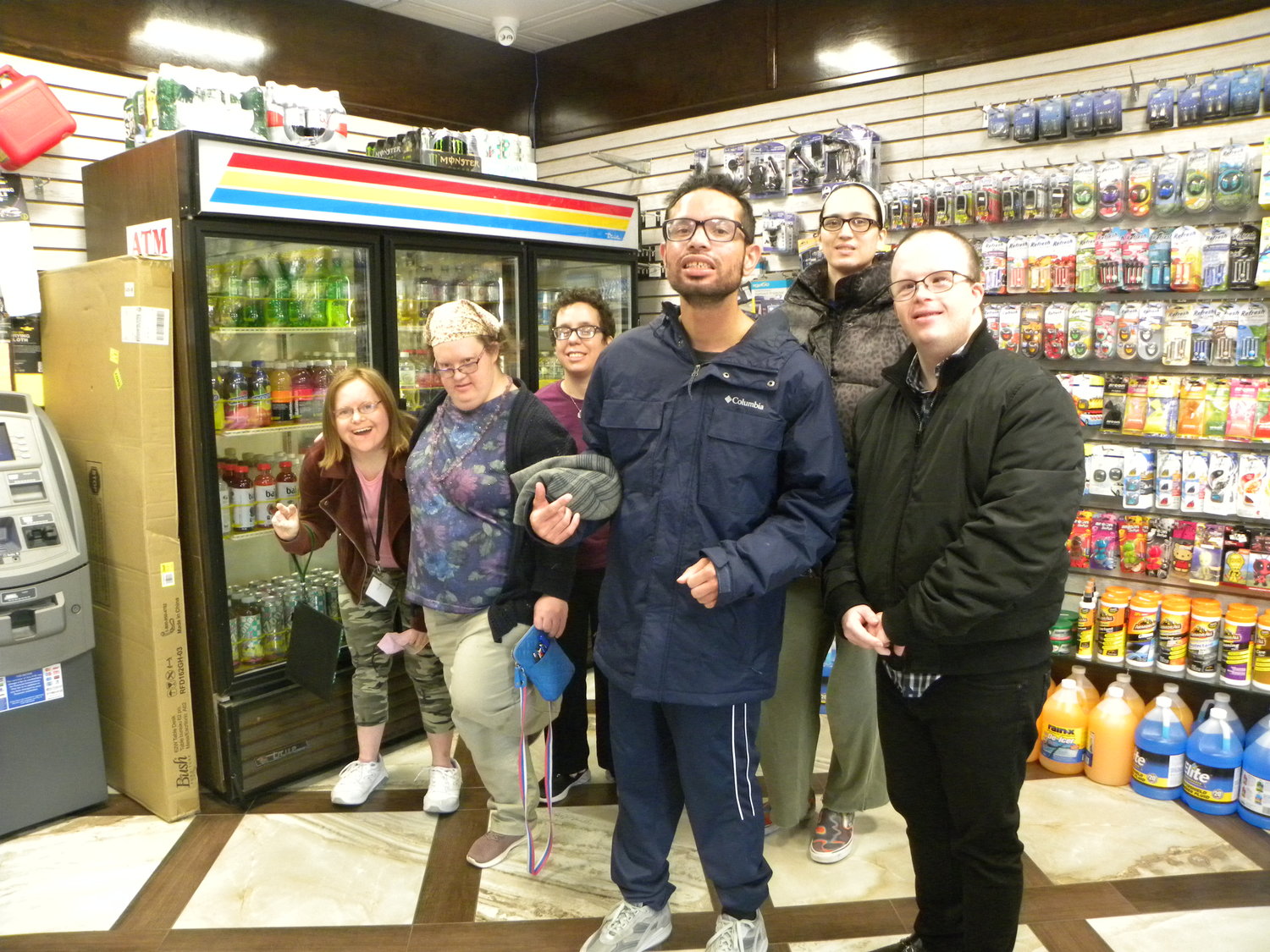 Smith, Achatz, Zapata, Neches, Guaricci and Perri, who all attend the day habilitation center in Merrick, had fun inside the car wash. ACDS serves all of Nassau County, including many Merrick families.
Jordan Vallone/Herald
Previous Next

It was very important for me to give back to local communities.”
Ira Wishe, Owner, Sunrise Car Wash
What is ACDS?

ACDS — formerly known as the Association for Children with Down Syndrome — serves children and adults with varying levels of disabilities.

Megan Lombardo, of Rockville Centre, the ACDS director of development, said the nonprofit was founded more than 50 years ago by a group of parents who had children with Down syndrome. They were told they should institutionalize their children, as was common practice then, but they didn’t want to. They wanted them home.

“These parents fought back, brought their children home, but then needed to build the services they would need,” Lombardo, 40, said. “In our early days, we were serving exclusively children, but as they grew, we grew with them.”

ACDS now offers lifetime services, and because the agency serves more than children with Down syndrome, it changed its name to simply ACDS.

“To reflect the breath of services and diversity of our constituents, we just go by ACDS,” Lombardo said. “It no longer stands for anything.”

In Merrick, ACDS operates a day habilitation center across the street from Sacred Heart Church on Merrick Avenue. The organization also runs a few group homes in Merrick. Its headquarters is in Plainview, and the group serves families throughout Nassau County and parts of Suffolk County.

Lead day specialist Lucia Cicchetti, 25, of Lynbrook, said that at the day habilitation program, children and adults learn how to cook, keep their money and do their laundry.

“We are a program without walls,” Cicchetti said. “We just provide a safe environment for them to have fun and express themselves.”

Drivers in Bellmore-Merrick have likely passed by, or maybe even stopped at, Sunrise Car Wash on Sunrise Highway in Merrick.

Ira Wishe, 46, of Syosset, the car wash’s new owner, said he knew instantly that he wanted to give back to the community after taking over the establishment in June. “I was on Wall Street for 20 years,” Wishe said, “and while I was there, I did a lot of philanthropy work, raised a lot of money for a lot of charities. It was very important for me to give back to local communities.”

Partnering with ACDS, an organization that serves children and adults with disabilities, Wishe organized a fundraiser called Car Wash for a Cause. On Tuesdays and Wednesdays from Sept. 14 to Oct. 13, $2 from every wash was donated to ACDS, raising $1,024 for the agency, which serves many families in Bellmore and Merrick.

“It just so happened that one day, we were washing a van for ACDS,” Wishe explained. “I was talking to the [day habilitation attendees] who were in my wash, and I was talking to the person who brought them in, and said, ‘I want to give back to the community.’

“They said, ‘Well, we have a school and a building right here in Merrick.’ So I gave them my information,” he said.

Wishe was connected with Megan Lombardo, ACDS’s development director, and together, they figured out the fundraiser.

“It was Ira’s idea and vision,” Lombardo said. “He came up with an amount, and we’re just so grateful because it’s been such a hard time for our agency. We really have a big presence in Merrick.

“The support of a local business was so important to us post-Covid, when all of our fundraising events have all been canceled,” she continued.

Mary Smith, one of the day habilitation attendees in Merrick, said she was thankful for Wishe’s support. Funds raised will go to support ACDS’s operations in Merrick.

“I love to have donations for ACDS,” Smith said. “I can’t wait to keep fundraising” for the agency.