A last hurrah for Nathan’s 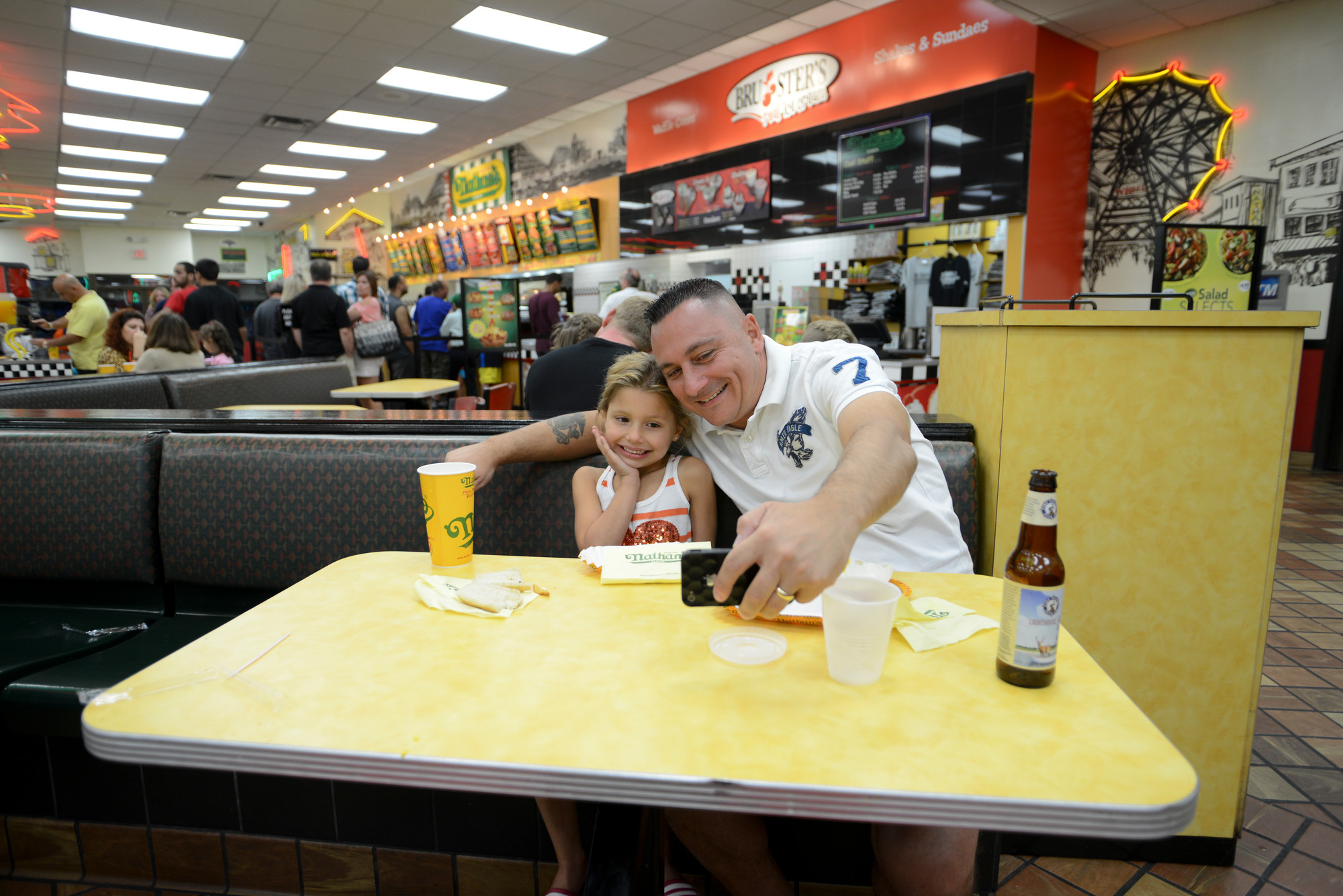 Ava and Frank Morizio took a selfie as they enjoyed their last taste of Nathan’s.
Penny Frondelli/Herald 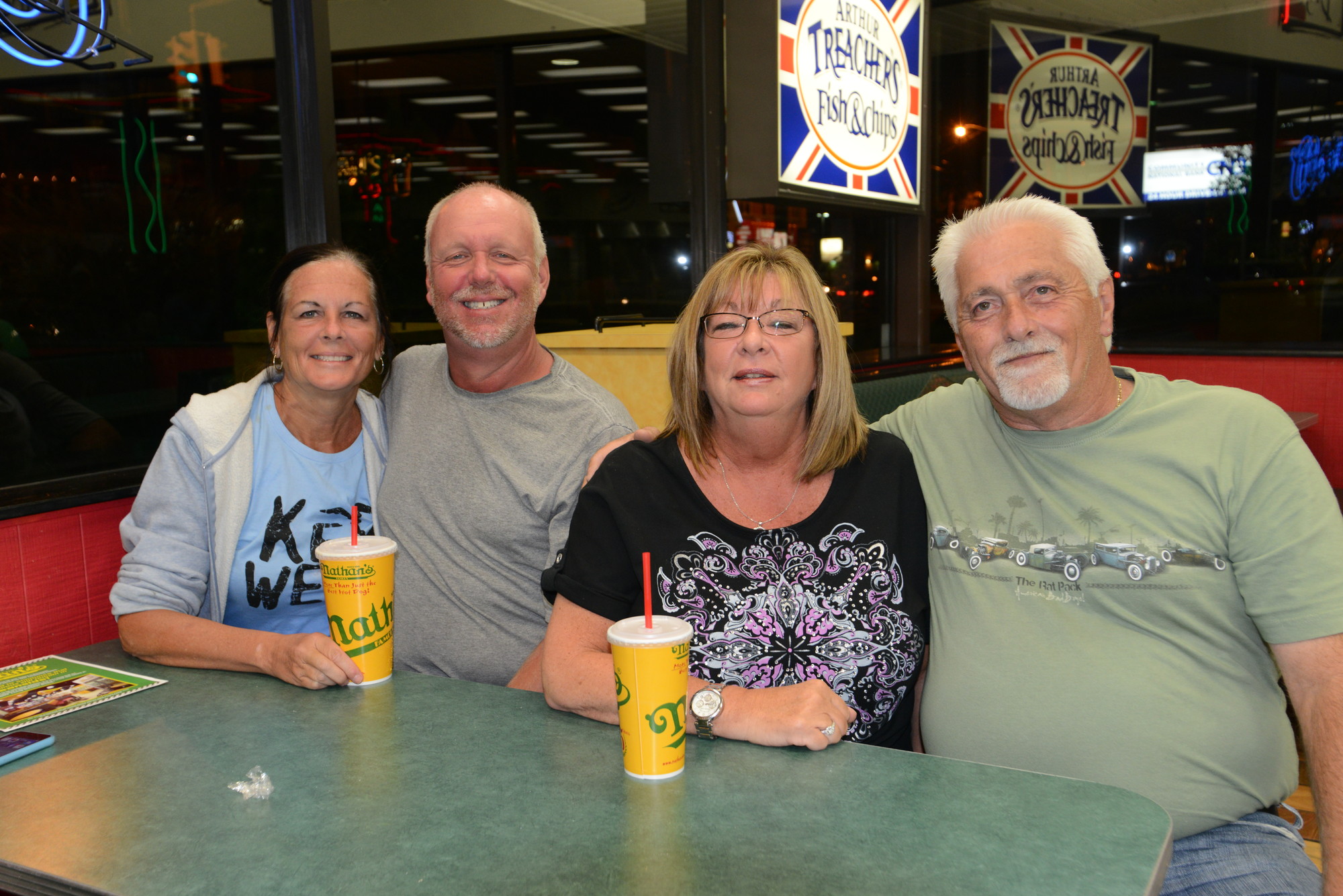 Double dating at Nathan’s, just as they have since 1978, Diane and Glen China, left, and Andrea and Greg Johnson said goodbye to one of their favorite hangouts.
Penny Frondelli/Herald
By Tom Jordan

They came from near and far, but mostly from near, to say goodbye to Nathan’s Famous last Saturday night, as the iconic hot dog stand had its going-away party after more than a half-century in Oceanside.

Nathan’s celebrated its arrival in Oceanside on June 4, 1959, by handing out hundreds of free hot dogs. Nathan’s Roadside Rest, as it was called then, was overseen by Murray Handwerker. His father, Nathan, had opened the world-famous Nathan’s in Coney Island in 1916, but was hesitant about turning it into a chain franchise. The junior Handwerker proved that such an enterprise could work by opening a shop on Long Beach Road, ensuring that the restaurant would attract locals as well as motorists on their way to Long Beach.

The restaurant sold a little of everything: pizza, corn-on-the-cob, seafood, frogs’ legs and, of course, its signature hot dogs and French fries. It also included an amusement park, Kiddie Land, and an outdoor dance floor. A Yonkers location opened in 1965. By 2001 there were more than 1,400 Nathan’s, in all 50 states. The Handwerkers sold the franchise in 1987.

Oceanside’s Nathan’s downsized in 1976, but remained a staple of the community. The amusement park and dance area were scrapped. The original restaurant was demolished and a smaller version replaced it.

For the farewell last Saturday, management ordered 1,000 extra dogs, and sold almost all of them. It was mostly business as usual throughout the day, but starting at about 6 p.m., longtime customers came streaming in for a final taste of nostalgia. By 9 p.m., more than 700 visitors had passed through the doors. Some came on their own, while some turned the event into an impromptu reunion.

Among the visitors were Glen and Diane China, lifelong Oceanside residents who went on their first dates at Nathan’s in 1978, often after working at the Oceanside pool. They shared a booth with another couple, Greg and Andrea Johnson, and enjoyed a double date, just as they used to 36 years ago.

“My favorite Nathan’s memory is Giants Night,” Glen China recalled. “On Monday nights in the 1970s, they used to show the highlights from the Giants game on a screen, and then they’d have one of the players here.”