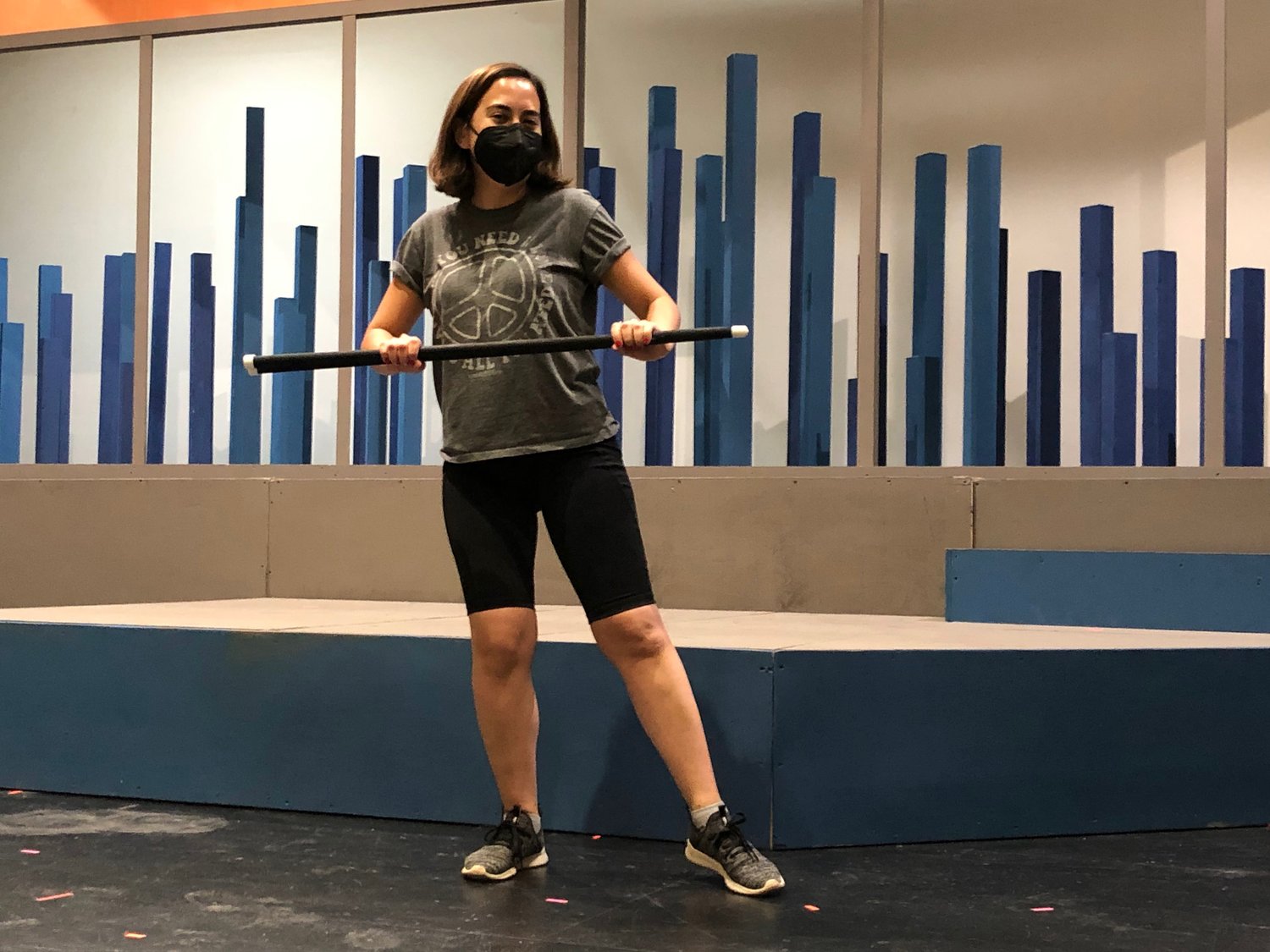 Freeport native Emily Acosta, who now lives in the Bay Area, will play Sarah in a staging of the award-winning musical “Company” by the South Bay Musical Theatre in Saratoga, California.

“Company” follows a character named Bobby on the night of his 35th birthday. Bobby is unmarried, and surrounded by married people. Instead of telling a straightforward narrative, Bobby examines the interactions between his married friends and considers whether to get married or not.

Sarah is a foodie who is meant to be dieting. Her character is married to Harry, an alcoholic who is supposed to be recovering.

Acosta began her journey in theater a year ago, when she auditioned for the role. The launch of the production of Stephen Sondheim’s “Company” will finally take place after being postponed due to the coronavirus pandemic.

“I’m just a huge fan of Stephen Sondheim,” Acosta said. “Any time there was a Sondheim play on Broadway or Off Broadway, I would just go see it. The music is always so intricate, and the lyrics are just very detailed. It’s just in a league of its own in terms of musical theater. So when I saw that they were putting on this particular play, I was like, I’ve got to throw my hat in the ring just to see if I could be a part of it.”

Acosta attended NYU, where she studied music, before deciding to pursue a master’s degree in food studies. She authored a play titled “How to Make Picadillo” that was inspired by her love of cooking and theater, and much of her scholarly work centered on the relationship between food and performance.

Growing up in Freeport, Acosta became interested in musical theater through participating in extracurriculars at school.

“I grew up fairly close to Cow Meadow Park,” she said. “I went to Columbus and Archer Street. Actually, Archer Elementary was the first time that I did any kind of music. I remember my third-grade teacher actually gave me her flute because I really wanted to play the flute and she was a flutist, and she gave me her flute.”

After discovering her love for music at an early age, Acosta then went onto participate in theatrical productions during her high school tenure in Sacred Heart Academy.

“Especially in high school, before ‘Glee’ came out, I was living the ‘Glee’ life. I was all about theater and I really loved performing,” Acosta said.

Acosta and her newlywed husband, software engineer Alfonso Gutierrez, relocated from Freeport to Silicon Valley in California in 2018.

Despite living across the country, Acosta believes that her family’s roots remain in Freeport and that it is still a place she can call home.

“Freeport will always be home to me,” Acosta said. “I kind of get teary eyed a little bit right, because there’s so many memories. We could walk to the rec center and go ice skating or go to the pool. We used to do the summer camps there. It’s just such a wonderful place to have grown up. Now that I’m in California, I remember that the water in Freeport tastes so good. Like, I missed that so much. It’s like one of those things where I’m like, I wish I could bottle Freeport water and just drink it, but sadly I can’t.”

The 2003 blackout that affected many New York households is one of Emily’s earliest memories in Freeport.

“There was a blackout in 2003, we were the only town to have power,” Acosta said. “I was like wow, we’re so lucky to live in Freeport that we have our own power plant here.”

Acosta, like her character, enjoys food and loves to eat. She is actively sourcing produce for a food bank named Second Harvest of Silicon Valley.

She began her career in the food sector by working at Eataly, a Manhattan-based Italian marketplace. Emily would select and acquire cheeses and other materials for all their locations throughout the country.

As an established cheese monger, she received recognition in the Zagat 30 under 30 list and became the first woman to win a major national competition called the Cheese Monger Invitational.