'He was pretty much the heart and soul of the restaurant' 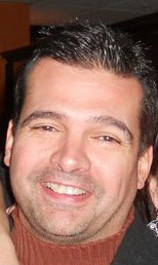 Russell was best known as the smiling face at the Union Park Café. Russell’s grandfather started the restaurant in 1933, and passed it on to his father, who passed it on to Russell and his brother, Scott.

“Any time we have any sort of high school reunion type of thing, we wind up congregating at Johnny Russell’s,” said Russell’s old friend, Russ Paladino. “I was happy that I was able to see him and reminisce and hang out with him at the restaurant a few times in the past few years. He was ever the gracious host, and always concerned with showing us a good time.”

Russell was known for being extremely kind and courteous to everyone. His younger brother, Scott, said that he would lend money to people even though he knew they probably wouldn’t pay him back.

“I’m closing out his account at the Knights of Columbus, and he cosigned a loan for one of his friends,” said Scott. “It’s just small things. But he was very, very special. I know it sounds clichéd. He was such a great guy. He really was.”

Scott and Johnny grew up in Oceanside in the apartment above the restaurant. The two still lived there, in fact, and have their whole lives. “We were never married,” Scott said. “We were attached at the hip. We would go out drinking together, we were business partners. Everything.”

While Scott and Johnny, along with a partner, owned the restaurant together, Johnny was the main force behind it. Scott, a Nassau County Police Officer, plans on working more in the restaurant now in his brother’s memory.

Russell was described as being a real people person. Scott said that he would do anything for people, whether or not they were his friends. His kind spirit made an impression on the world. Many, many people came to pay their respects at Russell’s wake. Scott said so many people came — he estimated about 1,500 — that the police closed off Foxhurst Road and directed traffic.

“That just shows what kind of person he really was,” said Scott. “The turnout was unbelievable. We were supposed to finish at 9, but I didn’t get out of there until 11. He really touched so many people in this town.” Scott said that friends from Canada and North Carolina made the drive to Oceanside to pay their respects.

Paladino explained that, when he and Russell were kids, they would play sports all the time with all the other kids in the neighborhood. Paladino said that Russell was a great athlete.

“He felt the need to provide the commentary, like the play-by-play,” said Paladino. “And my mom, to this day, remembers hearing him all day long, ‘Base hit! Base hit!’”

Scott is now looking to the future and continuing the work his brother — and best friend — has done in the restaurant.

“Now that he’s gone, I’m going to get more involved in the place,” he said. “It was what he loved. It’s what I know he wanted. I won’t do it as well, but I’m going to put in the effort and try.”