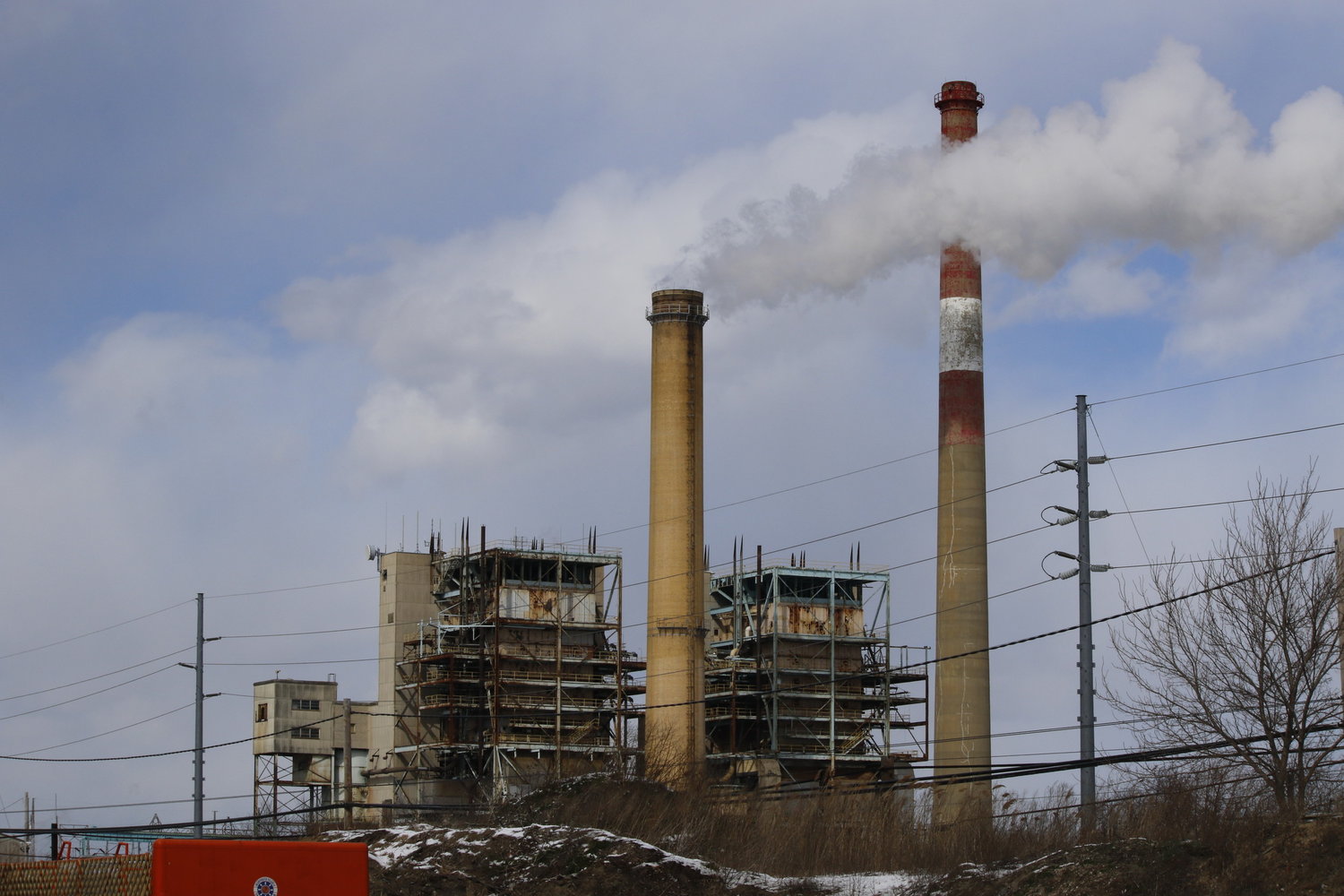 The E.F. Barrett Power Plant, in Island Park, produces a million tons of fossil fuel emissions each year. This, among other reasons, is why Sen. Todd Kaminsky is fighting to have the village designated as environmentally disadvantaged.
Herald file photo
By Jake Pellegrino

Island Park has been home to the E.F. Barrett Power Plant for the last six decades, and has long suffered from its residual pollution and from a host of other environmental problems. Surprisingly, however, it was left off a state list of communities designated as environmentally disadvantaged, released March 9.

The State Climate Leadership and Community Protection Act requires that New York draft a map and the criteria to designate disadvantaged communities, or DACs. They are areas with minority or low-income populations that have been burdened by pollution and are vulnerable to the impacts of climate change. Communities that receive the designation are prioritized for the reduction of pollution and greenhouse gas emissions and, most important, allocation of at least 35 percent of the state’s clean-energy and energy-efficiency investments.

According to its website, the CLCPA, which Gov. Andrew Cuomo signed into law in July 2019, is among the most ambitious climate laws in the world, and requires New York to reduce economy-wide greenhouse gas emissions by 40 percent by 2030 and by no less than 85 percent by 2050 from their levels in 1990. The law created a Climate Action Council, which is charged with developing a plan of recommendations to meet those targets and put the state on a path toward carbon neutrality.

State Sen. Todd Kaminsky (D-Rockville Centre) has been one of the loudest voices among those advocating for Island Park to be designated a disadvantaged community. Kaminsky wrote a letter to Alanah Keddell-Tuckey, director of the state Department of Environmental Conservation’s Office of Environmental Justice Division on May 23, and described Island Park as “the very definition of a disadvantaged community.” Kaminsky added that the village had already been classified as an Environmental Justice Community by the DEC, that it has been inundated by flooding in the past and that it is regularly at risk of flooding as climate change worsens.

“Failing to categorize Island Park as disadvantaged will further the injustice perpetrated against residents and exclude them from the new, green economy,” Kaminsky wrote. “The funding and investments that come with being designated as disadvantaged are critical for the future of Island Park.”

He added that the power plant produces 1 million tons of emissions annually.

The plant also has a large economic effect on the community. While it is a large employer, the village is also currently grappling with the impact of the settlement of a tax certiorari case against Barrett that could reduce school district revenue by 50 percent and its library budget by nearly 40 percent over the next five years. A DAC designation, Kaminsky wrote, would help lessen the blow.

“To be clear, this means that Island Park will suffer a devastating blow to its schools and have a heavy burden placed on its taxpayers,” he wrote. “This is the very type of community that should not be left out of the new, green economy.”

Kaminsky invited the DEC to visit the village to see firsthand the impact of the power plant on the community, both environmentally and economically. “I can assure you that a community polluted for six decades by a peaker plant is exactly the type of neighborhood that was intended to be covered by the ‘disadvantaged’ definition,” he wrote. “I invite you to come to Island Park to witness how interconnected the community is to the E.F. Barrett Power Station and how it has impacted the environment and economy of the community. It needs to be part of our new, green economy. Talk to neighbors, take real-time measurements of the air quality, and see that they do, indeed, qualify as a disadvantaged community and are in need of the financial assistance and development that comes with such a designation.”