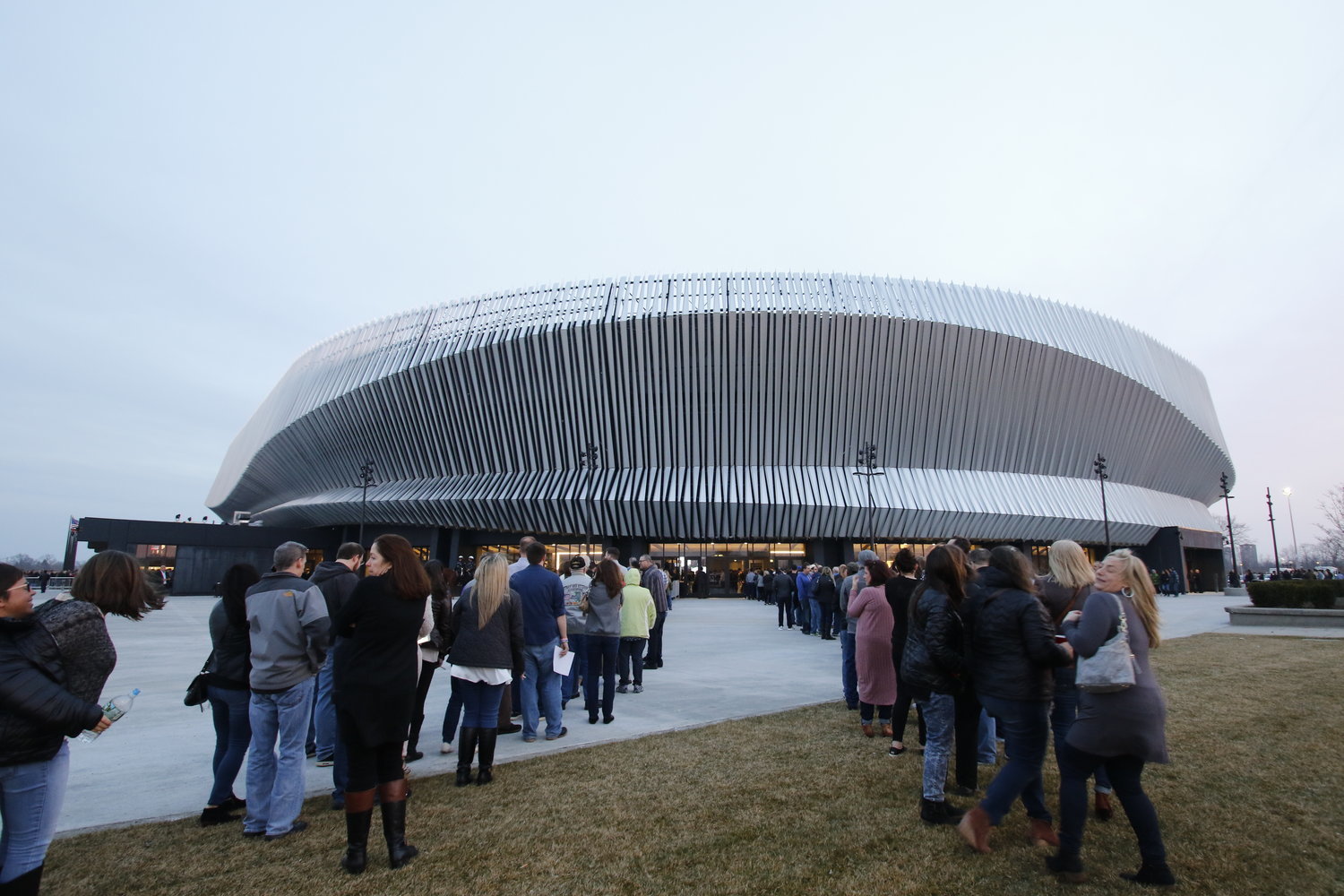 The Las Vegas Sands, a resort company that also includes global properties, intends to develop what is being called a “multi-billion-dollar flagship hospitality, entertainment and casino project on a portion of the site that houses the Nassau Veterans Memorial Coliseum in Uniondale.

“The plan would include a casino accounting for 10 percent of the total project, outdoor community spaces, four- and five-star hotel rooms and a world class live performance venue honoring the legacy of live music at the Nassau Veterans Memorial Coliseum,” County Executive Bruce Blakeman stated on Twitter.

Acquisition of the up to 80 acres would require state approval.

There is also expected to be celebrity chef restaurants, convention space and ballrooms, along with a luxurious day spa, a swimming pool and a health club.

“We strongly believe Long Island can be home to one of the region’s great entertainment and hospitality developments,” Robert Goldstein, Las Vegas Sands chairman and CEO stated in a news release.

Sands officials noted that they will collaborate with the surrounding communities to create a plan and its bid “maximizes economic opportunity” and “protects the quality of life for all Long Islanders.” They added it would create 12,000 construction jobs and then employee 5,000 people.

To help ensure that the Sands follows through on its promise to “co-create” County Legislature Minority Leader Kevan Abrahams (D-Freeport) said that it is vital that the resort company listens.

“It is imperative for Sands Resorts to conduct extensive community outreach and then incorporate the feedback they receive into their proposal,” Abrahams stated. “Engaging directly with residents and stakeholders like Hofstra University, Nassau Community College, the Town and Village of Hempstead, local fire departments, school districts, civic associations, chambers of commerce and others is a necessary first step for addressing concerns and identifying opportunities.”

Scott Rechler, CEO and chairman RXR Realty is optimistic about the proposed plan after nearly two decades of working to overhaul the Coliseum site.

“The plan envisioned by Sands is a once-in-a-generation opportunity to create the kind world-renowned entertainment and hospitality destination that has been sought after by Long Islanders,” Rechler said in the release.

There have been protesters at the site stating their opposition to placing a casino on the property, Opponents said it will add to the existing traffic volume and be a blight on the environment, while promoting multiple addictions.

Others are OK with the plan.  "Surprisingly I have no absolutely no issue with them building a casino as long as they have absolutely no exemptions granted under any circumstances as far as any construction, sales or use taxes," Woodmere resident Jay Goldmark posted on Facebook. "If they can afford to build for millions of dollars and fees etc., they surely can afford to pay the sales taxes. It will also create hundreds of jobs."