Oceanside gets defensive on pitch 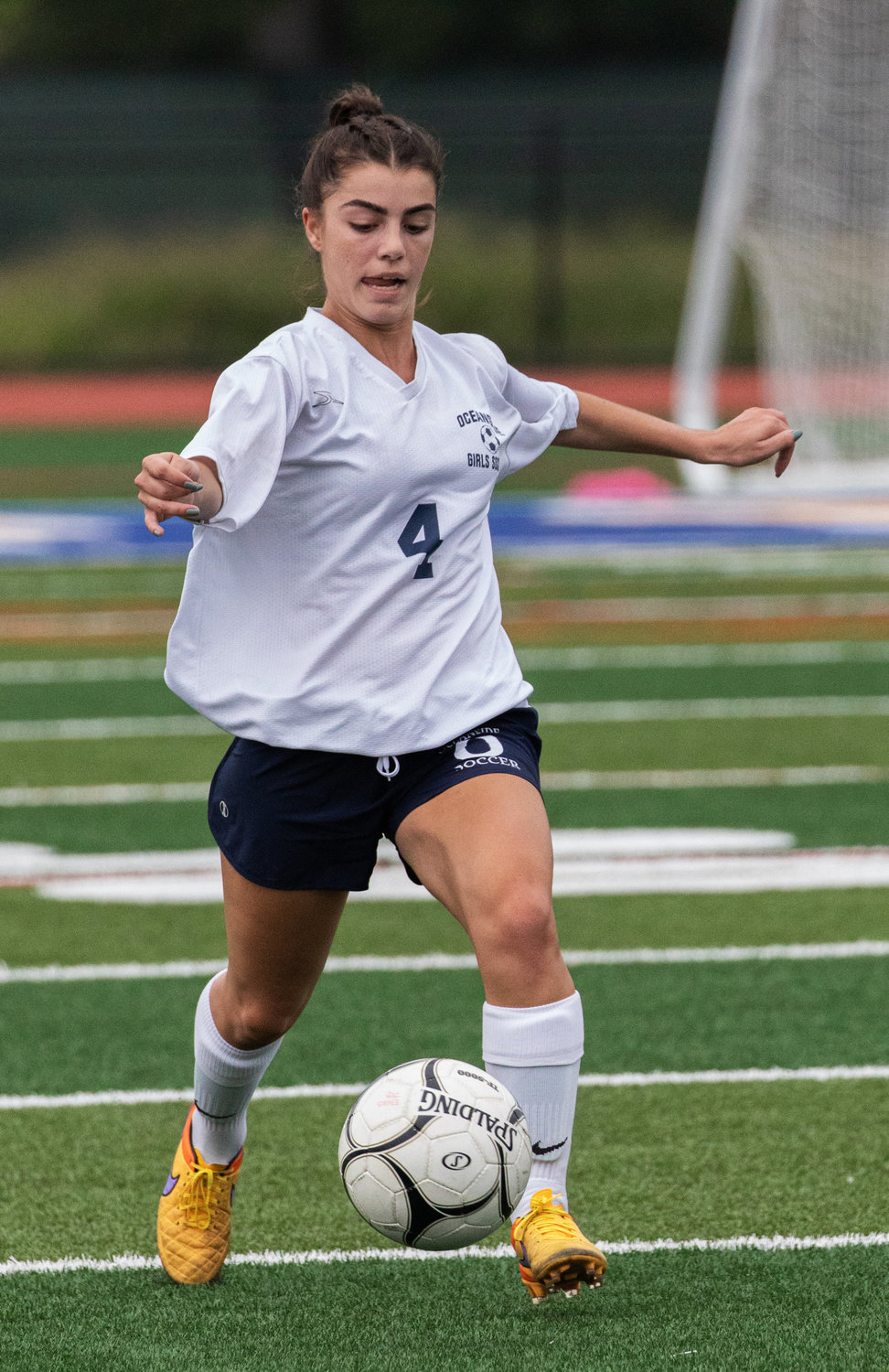 There’s an old adage in sports that says defense wins championships. The way things have gone for the Oceanside girls’ soccer team so far, that could be proven true again by the end of the season.

With Conference AA1 foes Massapequa (23 goals) and Syosset (18) already off to good starts thanks to its explosive offenses, the Sailors have done things a little more methodical during their 4-0 start by scoring only eight goals and allowing just one. That came with just over 24 minutes gone in the season-opener against Plainview JFK and was since followed by three straight shutouts, including a hard-fought 1-0 victory at Syosset in the second contest on Sept. 13.

The four victories matched Oceanside’s total from the spring (4-5-5) and a big reason why has been the seasoned defensive corps of Lily Johnson, Gianna Fucile, Alyssa Strandberg, Olivia Nestico and Sara Brobston as well as goalkeeper Natalie Medigno. Fucile (2) and midfielders Emme Schnell and Olivie Deserio have also contributed offensively by combining for half the team’s goals this season.

“I said to my girls that I felt I had one of the best defenses in the entire conference,” coach Marianna Winchester said. “But on the other end, the key word is finishing. Giving up one goal, that’s quite a show on my defensive end and I’m proud of that, but when I compare it to the other schools on that attack part of it, most of them right now are in double digits or scoring 18 goals and we’ve only scored eight.”

Winchester lamented several offensive opportunities that were missed during the four games that could have given the Sailors more breathing room on the scoreboard. All five of Oceanside’s goals in the third and fourth matches have come after halftime.

“The crosses are perfect, the corners are perfect, it goes across the mouth of the goal and they just can’t get a foot on it,” she said. “They’re a step or two behind or they’ll shank it.”

Medigno secured the starting role this season after splitting time with current backup Sophie Weissman last spring and rewarded Winchester’s confidence in her by recording 25 saves, with more than half coming against Syosset (13).

“The Syosset game was the one she was phenomenal in,” Winchester said. “They had all of their guns up there and she was punching over the crossbar [and] making diving saves. She had a great game.”

Victoria Gamarra and Julie Strainese scored in the victory over Plainview and Nora Nestico and Samantha Olewnicki scored two of the Sailors’ three second-half goals in the 3-0 win at East Meadow on Sept. 17. Nestico scored again five days later during a 2-0 win at Port Washington.

Oceanside battled Massapequa for the first time on Monday and faced Plainview again on Wednesday ahead of its rematch versus Syosset on Friday.

“This week will be our test,” Winchester said. “These teams now know how we play.”