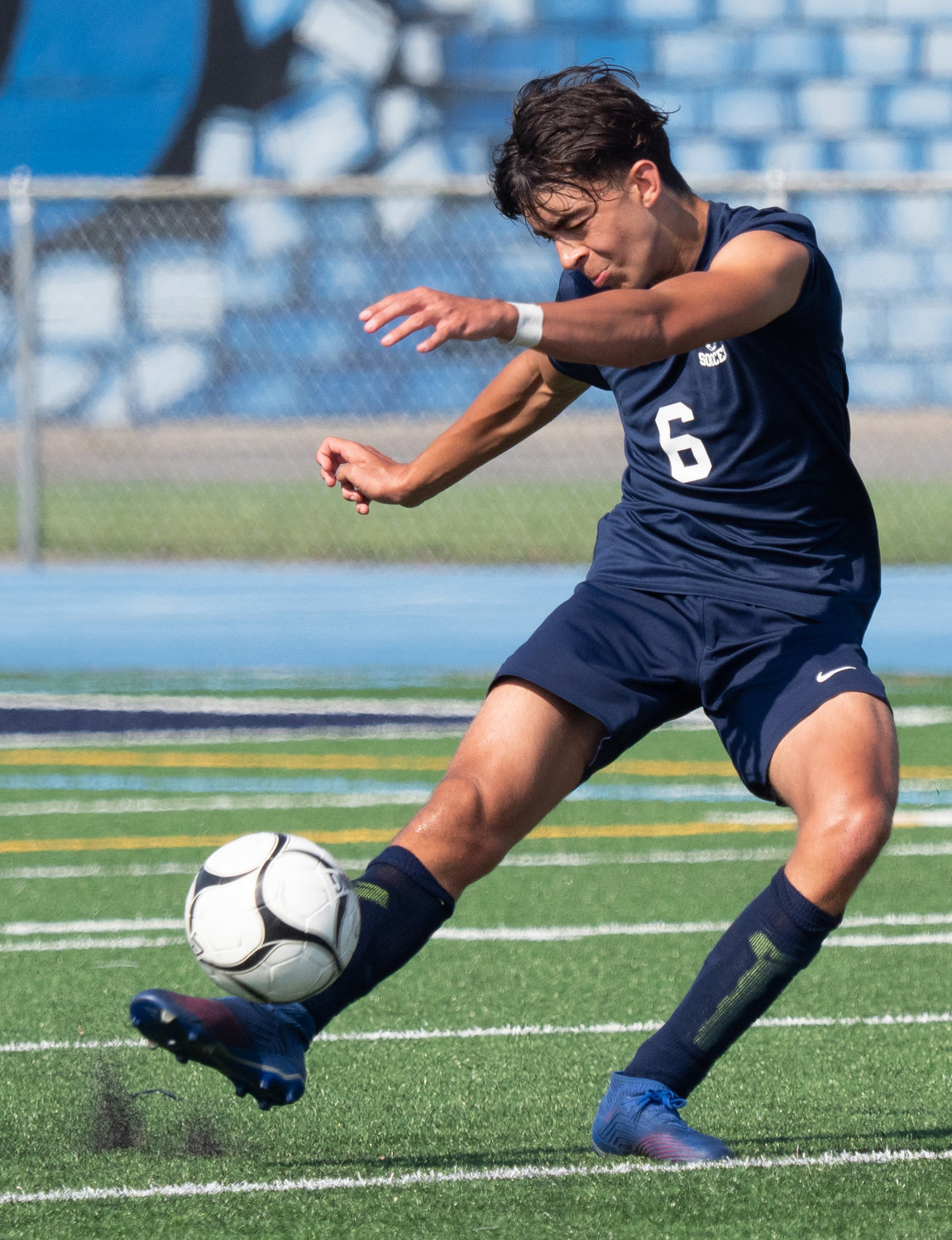 Oceanside lost to only one team last season – Conference AA1 champ and eventual Nassau runner-up Hicksville – as the Sailors (7-3-2, 6-2-2 in conference games) continued their march under coach Patrick Turk from the cellar toward the top of the standings.
Taking the reins in 2017 of a Sailors squad that had just graduated an unprecedented 17 seniors, Turk went winless in his inaugural season, but since then Oceanside’s winning percentage has been growing by geometric progressions: from .500 in 2018, to .600 in 2019, to .728 last spring, when Oceanside made the semifinals for the first time since 2008.
And in its season-opener Sept. 9, kicking off play in this year’s new, aggregated AA alignment – wherein each team faces each of its 14 conference foes just once – Oceanside did not squander its lone opportunity at vengeance, turning the page at last by besting host Hicksville, 2-0.
“Poetic justice,” said Turk, whose team’s previous game was a 1-0 loss to Hicksville in last season’s semifinal. Added Turk wryly: “There might be a chip on our shoulder.”
With a redesigned “attack by committee” offense, Oceanside has given free rein to playmaking forwards Ryan Profitlich – an Honorable Mention All-County senior – and juniors Dean Santos – whose four goals last season were third-most in AA2 – and Ethan Recchia – who scored in the opener. “These guys are so good at playing off each other, nobody’s limited to a specific position,” Turk said. “Anyone can take over an attack.”


Defensively, Oceanside returns tandem goalkeepers Scott Campuzano (senior) and Jacob Raphan (junior). The pair alternated starts last season, with limited same-game platooning, as Campuzano tied for third in AA2 with 43 saves, and each goalie posted a pair of shutouts. “Those two have a great, competitive, but also supportive relationship,” Turk said. “It doesn’t always work out that way. It’s a coach’s dream situation.”
Perhaps raising eyebrows of Sailors fans this autumn is the reassignment of All-Conference forward Christopher Evans – who opened the season’s scoring with his first-half tally against Hicksville – to midfield, where he joins fellow seniors David Acker (All-Conference) and Aidan Foley in the engine room of Oceanside’s offense. “Our dynamic midfielders create scoring opportunities,” Turk said. “Chris is ready to showcase and help us transition into a new team. David’s already broken onto the county stage, and everybody knows not to mess with him. Aidan’s a silent assassin; he’s very calm and disarming, then he comes in hard tackles.”
Poised to assume larger roles this season are Oceanside seniors Dean Rodriguez (full back) and Spencer Roth (forward) as the Sailors seek to keep bending the trendline upward.
“It’s been a slow go, instilling a new system, trying to change the culture,” said Turk, whose team took part in the Walk of Remembrance to Oceanside’s schoolhouse green following its home-opening 2-1 loss to Baldwin last Saturday, Sept. 11, memorializing the events of 20 years ago. “But it’s all coming together; we’re marching forward. We knocked down the door [to the semifinals] last year. And now this team wants more.”