Dealing with PTSD, she wrote a play about it 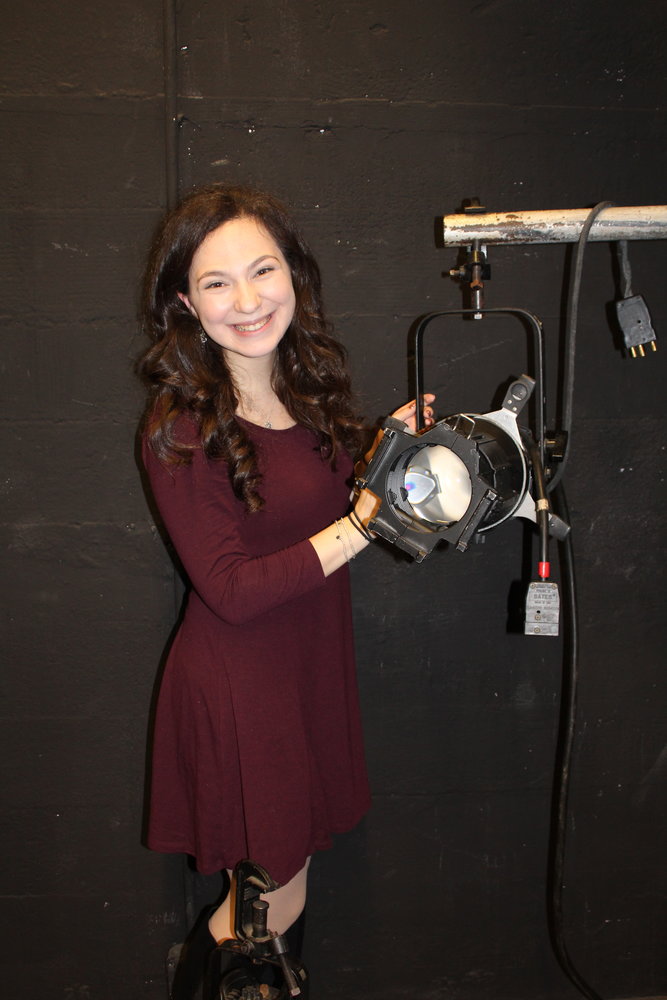 The goal is more to see them as everyday people.”
Rebecca Goldfarb, playwright and actor
By Karina Kovac

LIU Post senior and Oceanside native Rebecca Goldfarb, 21, has been performing professionally on television and in film and theater for eight years. Now, for the first time, she is starring in a play she wrote, “5 Jews in a Near Death Experience (That Shockingly has Nothing to do With Antisemitism!).” The comedy-drama focuses on an American Jewish family stuck between the past and the present as its members undergo a traumatic experience together and perceive it differently.

It is based on a true-life experience: Goldfarb and her family were involved in a car accident a few years ago that left her with post-traumatic stress disorder. “I think what really inspired me to want to write something about it was, coming out of the accident, I was the only one in my family who had to seek help from a therapist,” she said, “and really felt myself coping with PTSD effects.”

With other members of her family coping in different ways, Goldfarb looked inward, and asked herself, Is there something wrong with me? Why am I the only one in this situation feeling this way? She eventually realized that she wasn’t the only one affected. Others just “grappled with it differently,” she said.

Exploring mental health, and how it differs from person to person, was the basis for the main characters. “Just the fact that five people could go through the exact same thing together, at the exact same moment in time, and still all leave in such different ways, I thought was really something that should be shared about mental health,” she explained. In the show, the family is preparing for an upcoming celebration of a bat mitzvah, but, unable to move on from the trauma of the accident, her character finds it difficult to enjoy herself in the party atmosphere.

“It’s almost like this balance between them being pulled in two different directions of ‘OK, we have to move forward. We have this great, exciting thing coming up,’” Goldfarb said, “But also, I’m still having post-traumatic stress disorder. So how can I just move forward if so much of me is stuck in this past moment that occurred?” Together the family will have to accept and acknowledge the past in order to be able to create new, better memories.

Drawing inspiration from the experience felt “very real and authentic, especially for me,” she said. “In this story, specifically, there’s a lot of real-people influences from my own family, and finding different parts that are very much of them, but also finding pieces of myself in them as well. So it really helps find that kind of empathy to develop those characters.”

Goldfarb also wanted to right some of the wrongs in the media about the representation of Jewish people. “In this story, yes, it’s in the title these people are Jewish,” she said, “but the goal is more to see them as everyday people, to make it relatable and get rid of those stereotypes a little bit.” The story is relevant to anyone watching, though, because, she added, “At the end of the day, every single person can think of at least one person that means so much to them, and when something happens that changes the course of their lives, like trying to find a way to work through it together.”

Goldfarb got involved in theater while trying to emulate her older brother, Eric, who started acting before her but later lost his interest. She has fond memories of watching him perform. “I remember sitting in the audience watching him,” she recalled, “and I would always try to run up on the stage after, and I was so desperate to see what was backstage, like that blew my mind.”

She began her journey while attending Elementary School No. 8, and was appreciative of the teachers who let her pursue her dream instead of penalizing her for missing class days. “Working professionally from a young age, there would be a lot of times I would have to miss school or leave early,” she said, “and I was just very fortunate that all of the faculty and all of my teachers were extremely supportive.”

Teachers asking her about her roles and showing an interest in her passion kept the energy going. “It just made me feel even better about what I was doing,” she said, “and it made me happier to go to school and do my work.” Dabbling in directing skits at the Oceanside Library helped her hone her skills.

“As a community they’ve been so supportive over the years — especially the Oceanside Library,” Goldfarb said. “They gave me a lot of opportunities to perform and put on and direct my own shows in high school. It was really exciting to be in that space and really be an adult for, like, the first time in this industry.”

Goldfarb is now nearly finished with her Bachelor of Fine Arts in musical theater, and will likely pursue a master’s in the future. “I think the ideal dream would be, once I graduate, to really work in the field,” she said. “And then, once I’m older and kind of want to focus on family and things like that, I would love to get my MFA and be able to teach in the future in a university setting.”

In the short term, she wants to do more acting and writing. “I think, writing, kind of being almost like a Lin Manuel Miranda, like writing my own musical or play and getting that to premiere on Broadway, or vice versa,” she said. “Like having my own screenplay that I write and getting that produced into a feature or a miniseries or something like that, I think, would be really exciting, because I really do love writing. But of course, you know, performing has been my passion forever.”

Goldfarb is already brewing up more ideas for the future. “My own grandfather was a Holocaust survivor,” she said, “so I really want to be able to share his story in some kind of medium.”