After putting out a fire, a win at the rose show for Paul Long 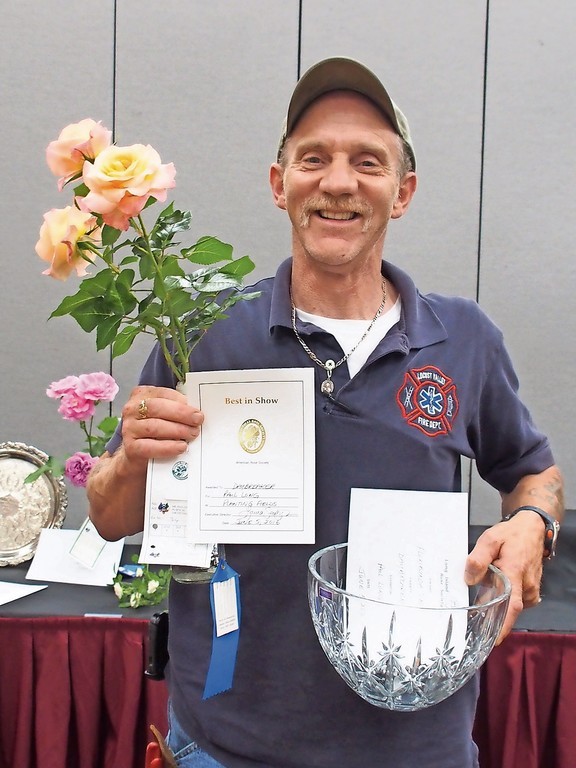 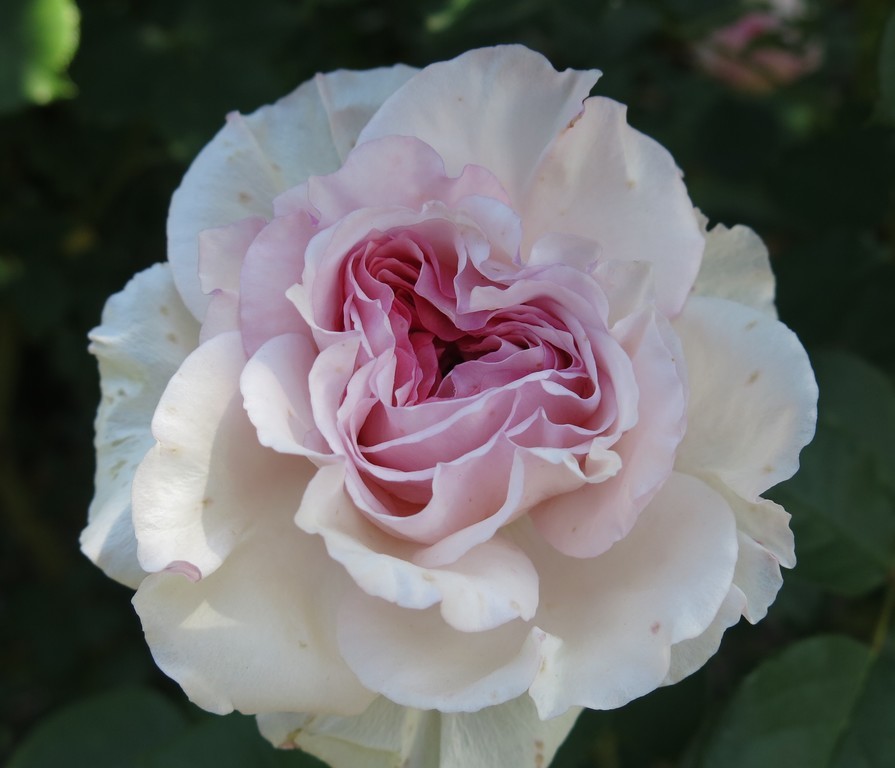 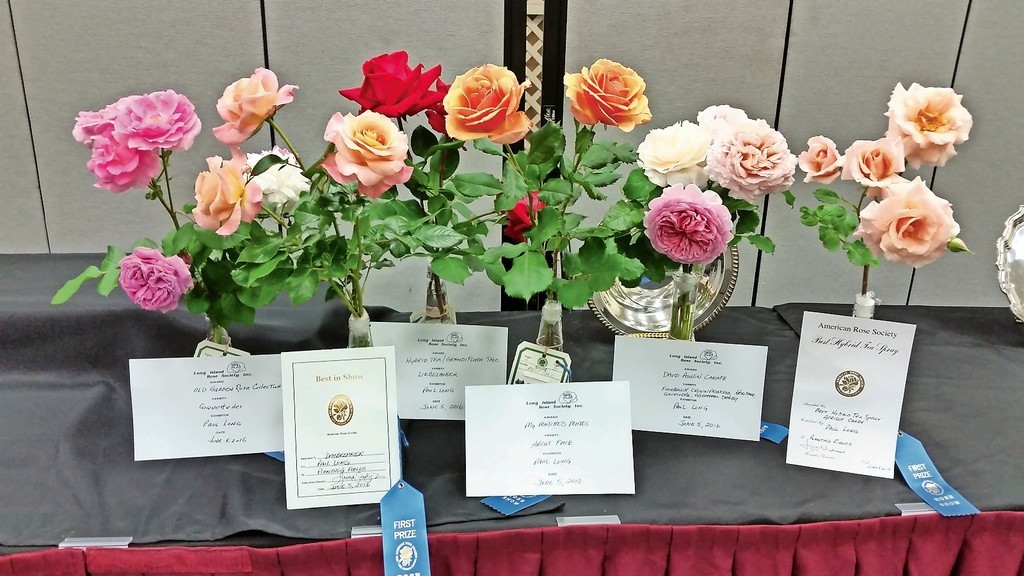 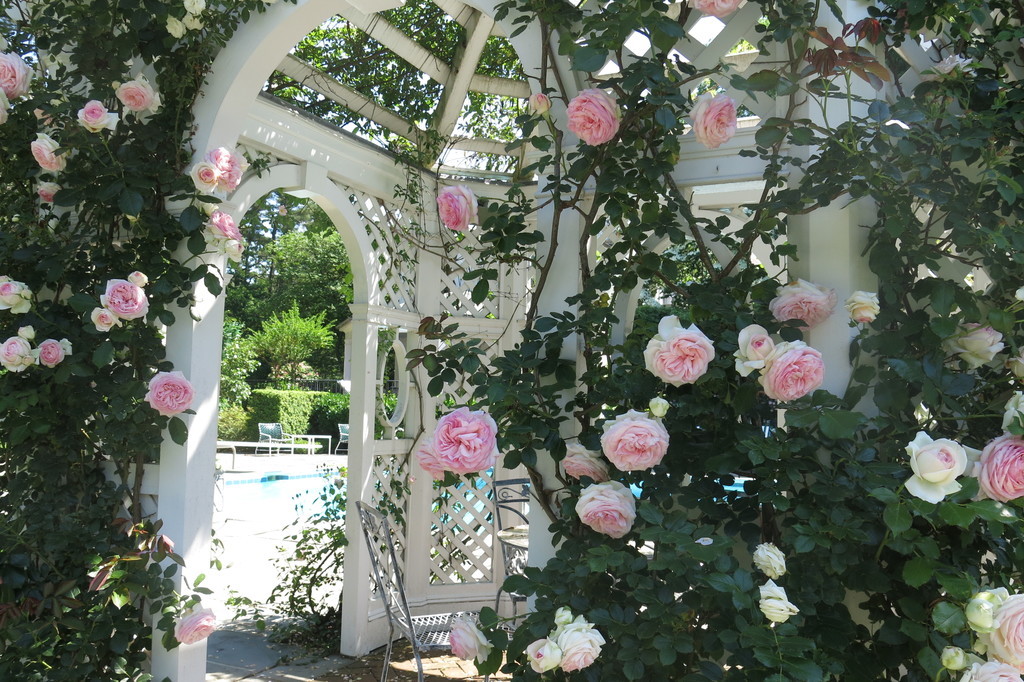 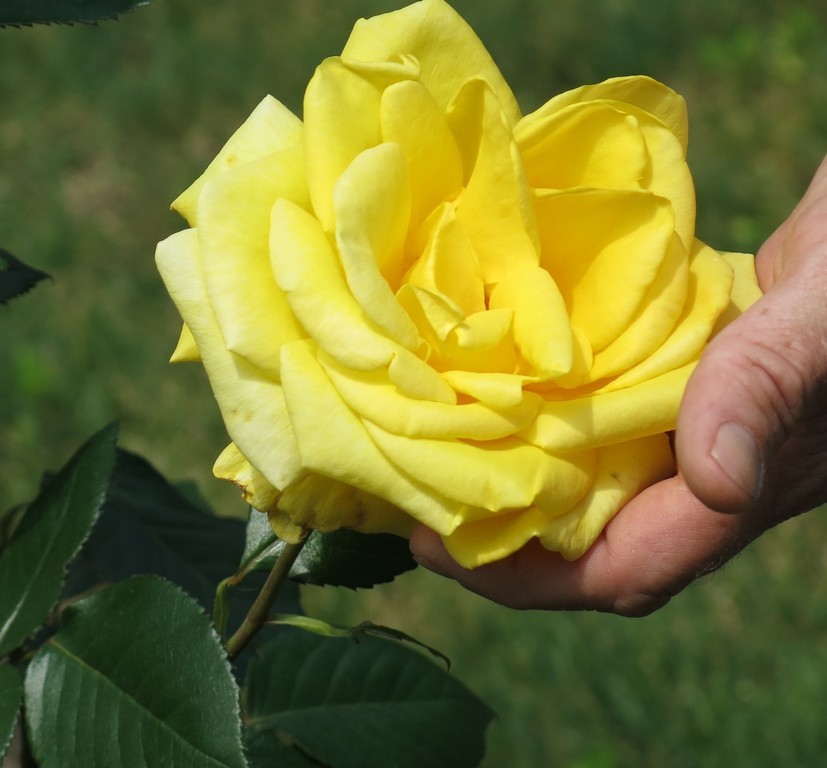 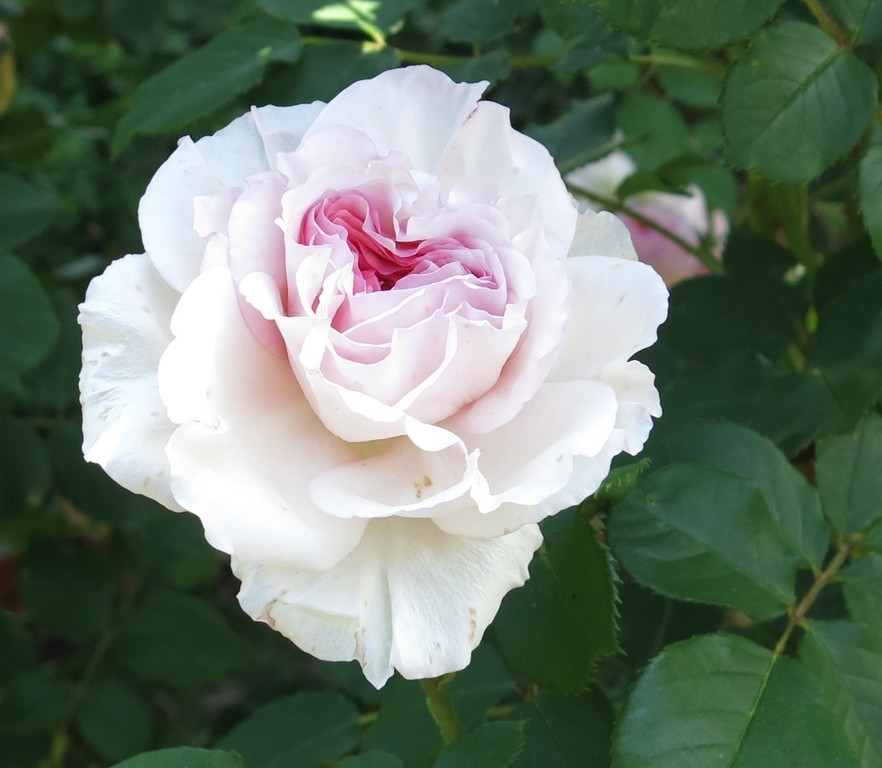 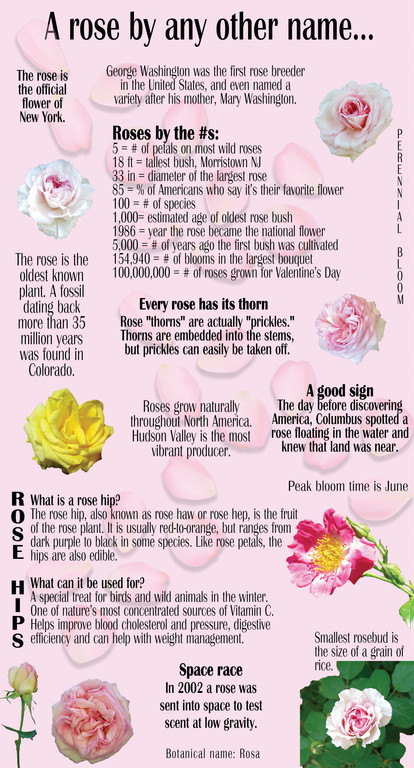 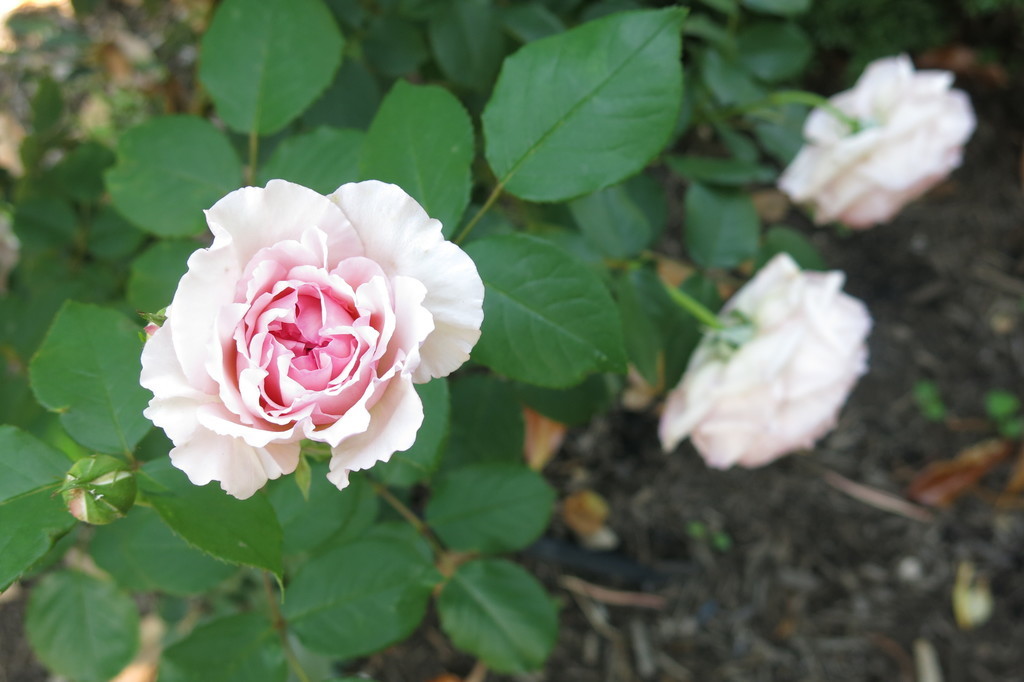 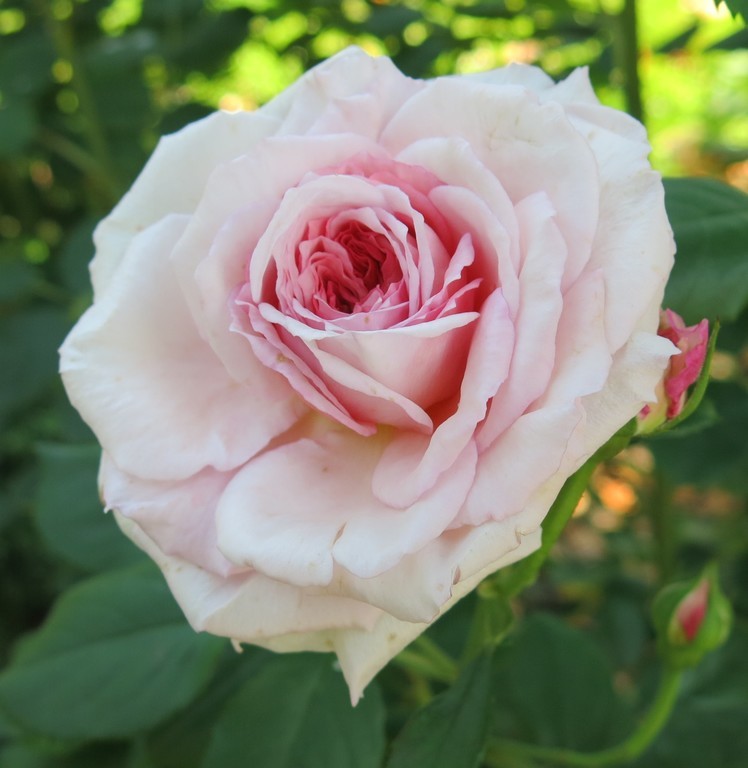 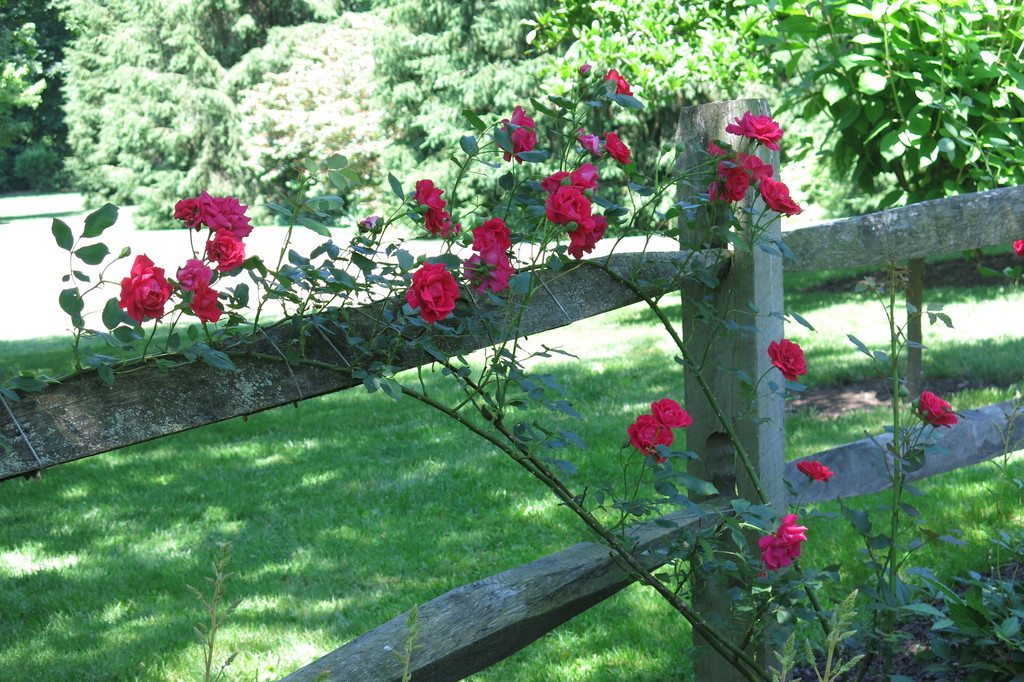 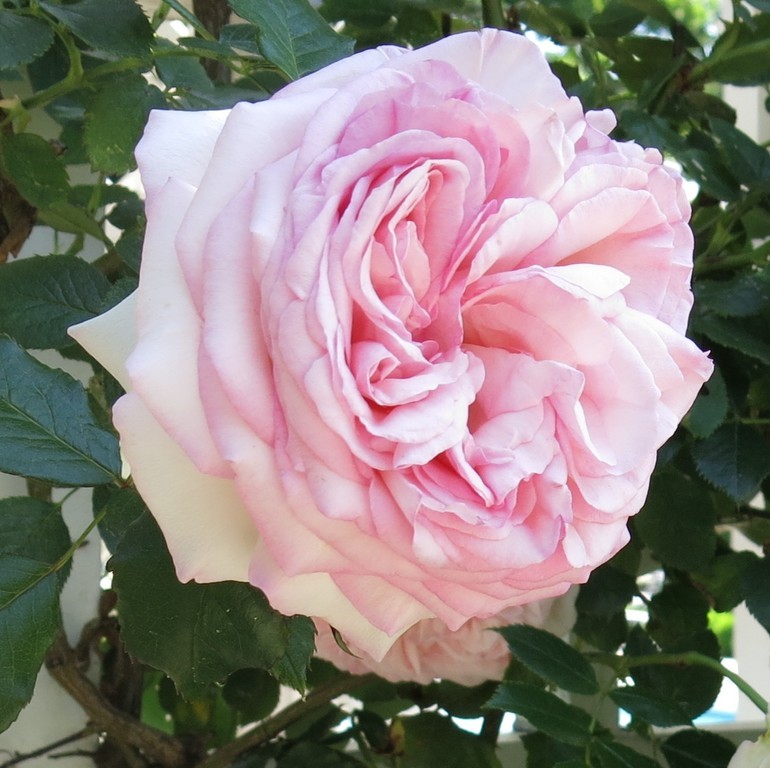 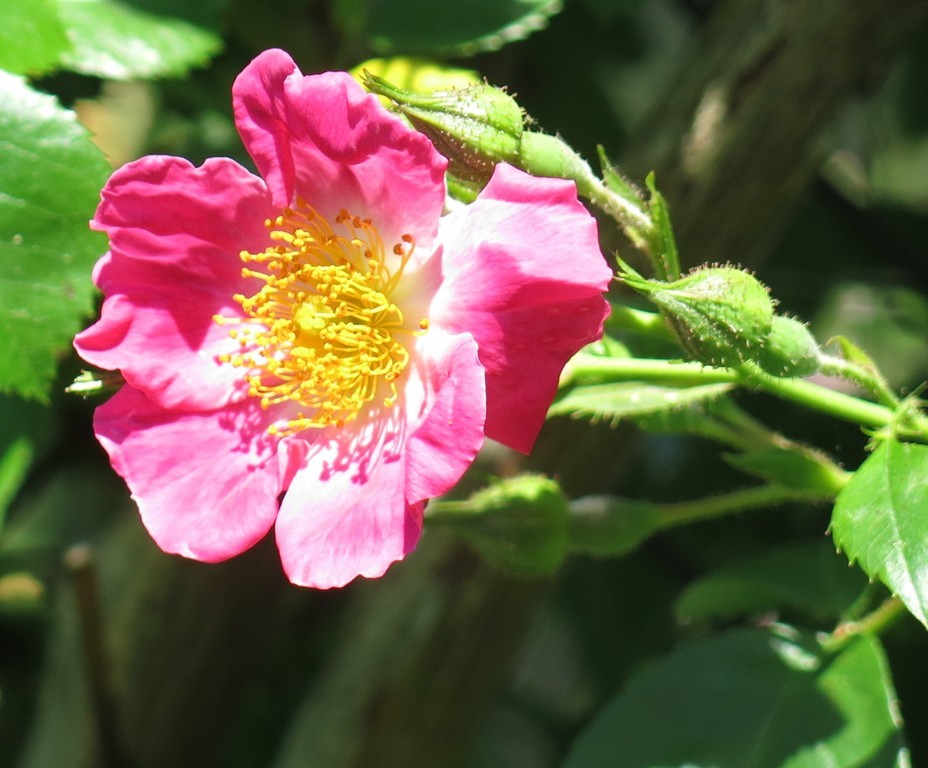 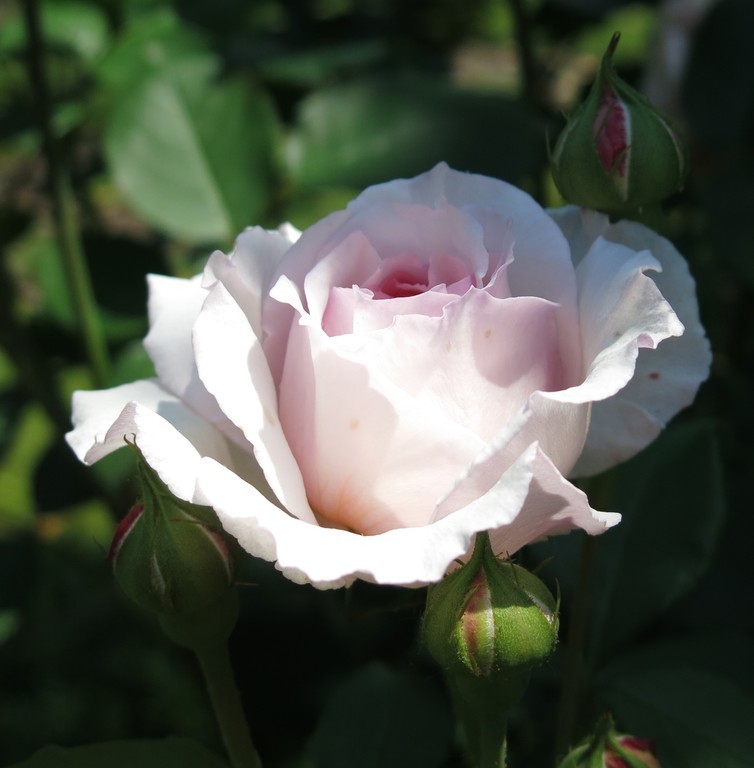 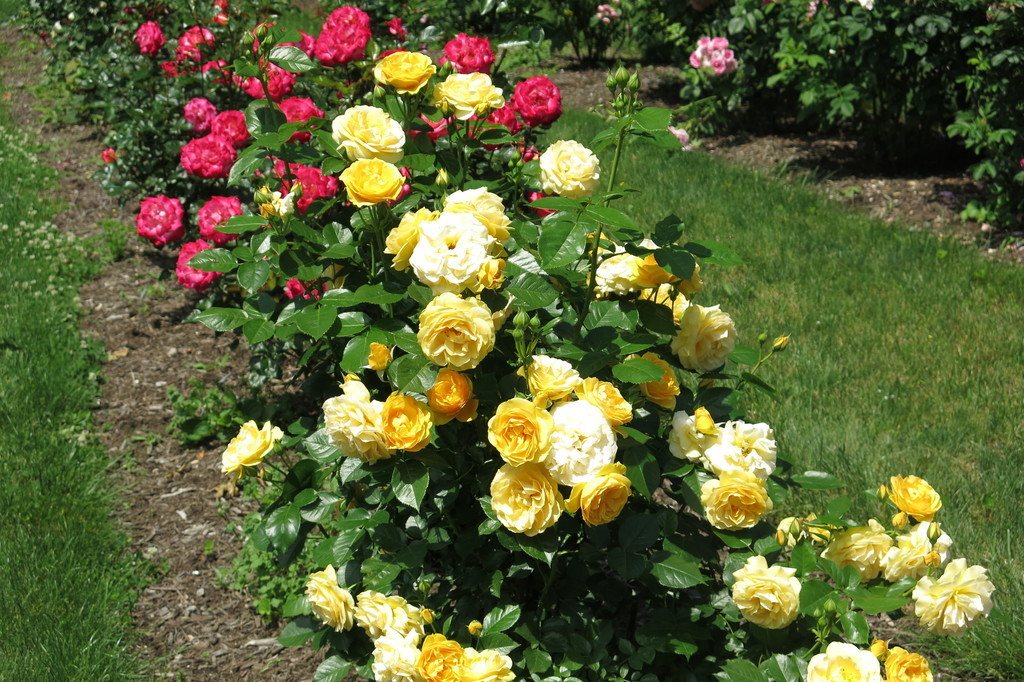 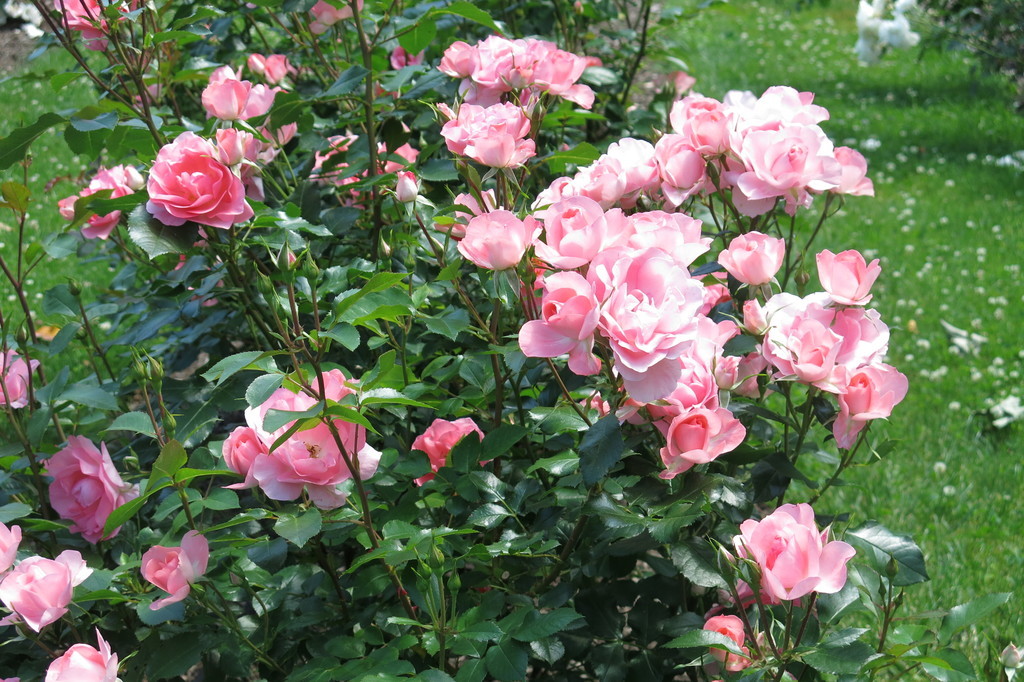 Paul Long isn’t your typical firefighter. He’s got the look all right, and more energy for his 52 years then most. But his tough exterior quickly dissolves, and his manner becoming almost whimsical, when he speaks about what he loves most — his roses.

Long, of Locust Valley, is something of an expert on our national flower. He’s had plenty of practice putting his knowledge to use as the caretaker of a Matinecock estate where he tends to more then 800 roses. Winning Best in Show on June 5 in the Long Island Rose Show was an event he said he won’t forget anytime soon. And making his win even sweeter were the ribbons awarded to his other six entries, all included on the Court of Honor table at the Planting Fields.

This was all very exciting for Long, who immigrated to the U.S. 32 years ago from the County of Wexford, Ireland. And even more thrilling was that he managed to win after battling the Mill Neck estate fire 48 hours prior, a blaze so powerful that more than 200 firefighters helped fight it.

No matter what, Long said, he wasn’t going to miss the rose show.

“You wouldn’t think a fireman would know about roses, right?” he chuckled. “I actually belong to two rose societies. But I admit, it was a pleasant surprise to get Best in Show.”

Looking over the rows of yellow, pink and red roses at the million-dollar estate, he smiled. “Sometimes it’s a great escape growing roses, a great form of therapy.”

That may not sound like something a firefighter would say, but Long isn’t just any firefighter. A volunteer and an EMT at the Locust Valley Fire Department, he is also one of the fire commissioners. “I can win with the roses, start an IV on someone and put out a fire,” he joked.

He is also community-minded. As a member of the Glen Cove Hibernians, he helps injured veterans by picking them up at the airport and taking them to events. Long has also been able to help the Hope for Warriors, a national non-profit organization.

He is proud to be able to help others. “I was the grand marshal at the Glen Cove's St. Patrick’s Day Parade,” he said, adding that he worked hard to obtain many ads for the journal. “We ended up having money left over from the ads, and were able to give $6,000 to Hope for Warriors.”

Kevin Barry, one of Locust Valley’s assistant chiefs, admires Long. Describing his fellow firefighter as “genuine,” he said there isn’t anything Long wouldn’t do for others.

“He’s the kind of guy who will drop everything to help others,” Barry said. “And Paul has a smart work ethic, works harder than anyone I know.”

“He’s a guy who is rough around the edges, but he also wears his emotions on his sleeve,” Barry added. “In the firehouse, he’s got no problem if you aren’t pulling your weight to let you know about it.”

When Long arrived in the U.S., he settled in Oyster Bay, then moved to Bayville, finding the North Shore a perfect fit. “Since I was knee-high to a grasshopper I wanted to come here,” he said. “I wanted to meet John Wayne and Elvis Presley, but unfortunately they died before I got here.”

Long’s first job was as a landscaper. Back then he didn’t know too much about roses. Once he was hired at the estate he began to study them, eventually obtaining a degree from Farmingdale State in ornamental horticulture.

“Paul is a perfectionist,” said Jacinta, his wife of 31 years. “The lady from the estate loved roses, so he was going to do his best for her. When Paul puts his mind to something he does it right.”

At work, Long often daydreams as he tends to his roses, and because there are so many, he can do so for hours. He has managed to cultivate 20 different classes of roses, which include the coveted English variety, known for their lush blooms and intense fragrances.

“David Austin named roses after Shakespeare and Downton Abbey, cross-breeding them to create English roses,” said Long, holding an Abraham Darby, named after the inventor from the Industrial Revolution. “They’re beautiful, and flower all summer long.”

There are several rows of English roses, with many named by Austin after famous people or characters from books. Tess of the d’Urbervilles, Julia Child and the vibrant yellow Elizabeth Taylor can all be found on the grounds of the estate.

“What I like most about roses are their fragrance,” said Long, stooping over to smell a Croquette des Blanche. “This rose’s fragrance is hard to beat. Sometimes a rose’s fragrance brings back memories from childhood. My grandfather had a green thumb and grew roses in Ireland.”

Getting back to his contest win.

“People from all over competed in the contest,” Long said, holding the head of a Day Breaker, which earned him the top prize. “I do take a great deal of pride in saying that the Best in Show went to a local guy from Locust Valley.”

Long’s entry is not a hybrid. It’s known for its fragrance. He’s planted several Day Breakers on the estate. When their yellow buds open, the blooms break into shades of pink and apricot, which is stunning.

Long’s tender loving care of his roses may lead an observer to speculate that he considers them to be like family. He is, however, the proud father of three, with a son who’s an FDNY member and a paramedic, a daughter studying for her master’s in Amsterdam and a 13-year-old son in Locust Valley Middle School.

But there’s something about the roses. His connection with them, he believes is unique. “You can talk to roses, you know,” he says in earnest. “They will listen. Do you think my wife listens to me after 31 years?”

Making their way up the trellis are delicate pink Edens. Golfers view them from the nearby Piping Rock Country Club, admiring the flowers throughout the estate grounds. Long says they are probably drawn to the roses because of their fragrance. “The running joke with the man who owned the estate,” Long said, “was that we were going to put a donation cup out there to fund all the roses I kept adding.”

He advises amateur gardeners not to give up on roses. “People get discouraged because they buy the wrong rose from the wrong place,” he explained. “Those flowers are filled with fertilizers to pump up the petals, and when you get them home, they die and black spots appear on the leaves. Go to a professional gardening store — and don’t overwater your roses.”