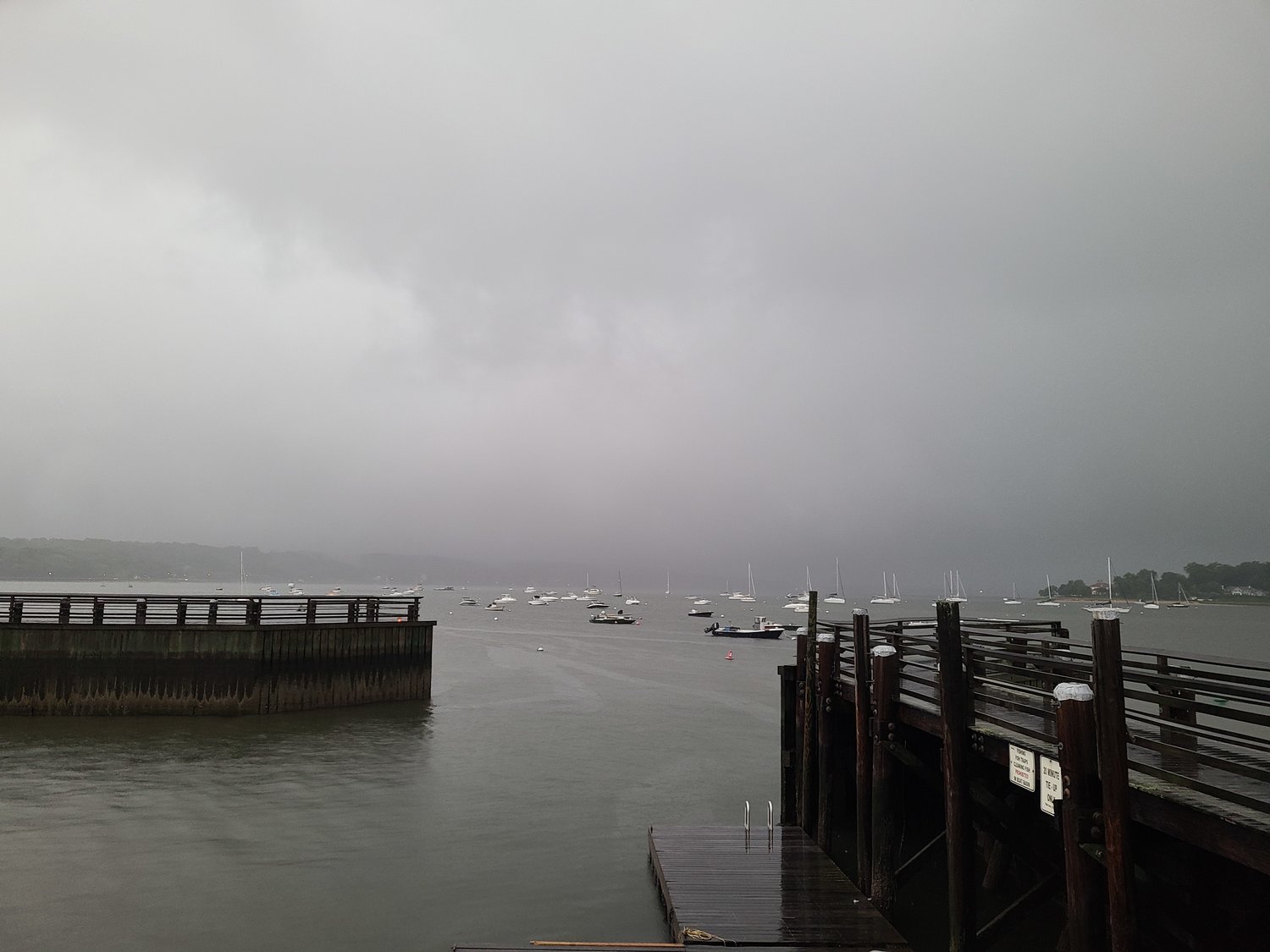 Tropical Storm Elsa brought high winds and steady rain, to Bayville today, but by noon it had subsided. The National Weather Service has predicted that the North Shore will receive more rain early this evening and tomorrow morning.

When Bill Fetzer, a bayman, was checking his boat on Thursday morning, he said that wind conditions from a pre-Elsa were concerning. The winds were 15 to 25 miles per hour and the waves were five feet. He worried about what would happen when Elsa officially hit.

This morning he arrived home at 6:45 a.m. Fifteen minutes later Bayville Avenue was closed due to flooding.

When the Herald spoke to Fetzer at 11 a.m. he was pumping out his driveway. He learned after Sandy. “I’ve been pumping all this morning. If I don’t it will go into my garage,” he said. “I started pumping early because I knew it was coming. The water came right up to my garage door.”

Rustin Lundstrum, who owns Coach Grill and Cooper Bluff, said he couldn’t get through Locust Valley. “Everything was flooded there between 8 and 10,” he said. “And Bayville, where I live, was flooded at 9:30 this morning.”

Bayville Mayor Bob De Natale said the village worked hard to keep streets manageable. “We had the portable pump in place at 6:30 this morning and the amount of water was incredible,” he said. “We are ahead of the flow.”

But Bayville Avenue at the president streets had flooding that blocked traffic earlier he added. As of 11 a.m. it was open once again.