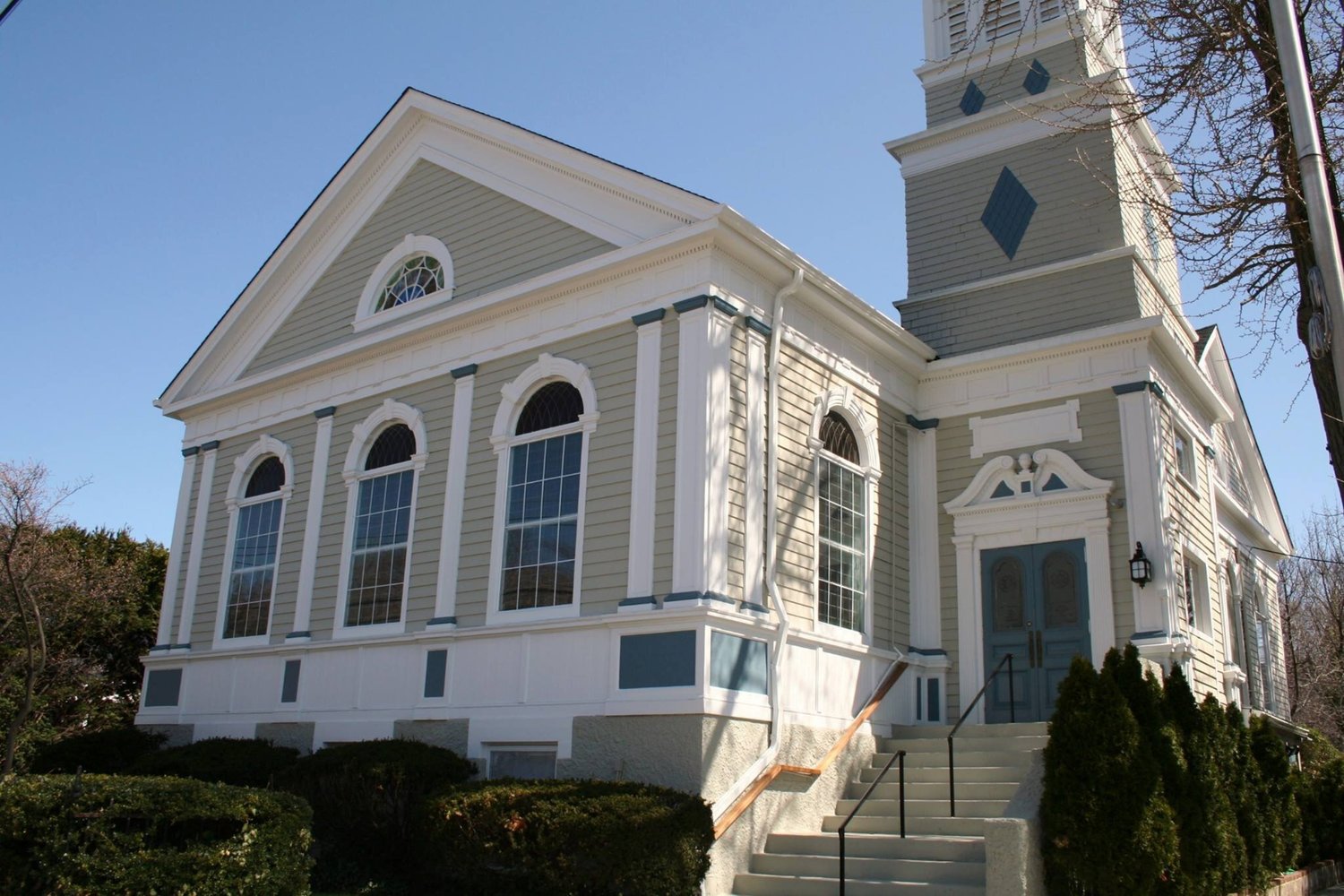 For over a whole month, to have no meat or cereal or rice, it’s just unheard of.”
Daria Lamb, Manager, North Shore Community Church pantry
By Will Sheeline

Thanks to supply chain issues and the war in Ukraine, among other factors, Americans everywhere are struggling to put food on the table. For the North Shore Community Church food pantry, the issue has become all too apparent.
The church’s senior pastor, the Rev. Dr. John Yenchko, has been working with the pantry since 2002. It has been amazing to see it grow, Yenchko said, and inspiring how many people give their time to help.
“Right from the beginning, our parish has always put in its budget a significant amount of money for the food pantry,” Yenchko said. The facility has been open every Saturday from 9 to 10 a.m. since 2000. “Over the years we’ve grown from one refrigerator, to two, to three,” he said. “And it’s been just so impressive that so many people will give up their Saturday mornings on a regular basis to serve people they don’t really know.”
Hope for Long Island Food Pantry, as it is officially known, provides essential foods for families in need in the Oyster Bay area. Each family is given a bag of cold items, like milk, eggs, cheese and meats like chicken or ground beef, as well as a bag of canned goods, including macaroni and cheese, vegetables and rice. A “client’s choice” system allows people to use a menu to select the items they need most.
On average, the pantry serves 30 to 40 families each week, the majority of them from Oyster Bay, East Norwich and Bayville. Roughly 200 families rely on the pantry year-round.


In turn, the pantry depends on 12 to 24 volunteers and produce from two food banks — Long Island Cares and Island Harvest. It has made use of $27,000 in grants from the federal government’s Emergency Food Assistance Program and New York state’s Hunger Prevention and Nutrition Assistance Program.
But those funds can only be used to purchase food from food banks, and in recent months it has become difficult to find some items, Daria Lamb, the pantry’s volunteer manager, said. Essential produce like meats, cereal and rice have been missing from food bank shelves for the past eight weeks. Despite having grant money, the pantry can’t buy what isn’t there.
“Literally, for years we’ve been able to order every week,” Lamb said. “We’ve been able to order meat as part of what we give people, and they haven’t had any for over a month. For over a whole month, to have no meat or cereal or rice, it’s just unheard of.”
Long Island Cares couldn’t be reached for comment. According to Allison Puglia, the chief programs officer of Island Harvest, the issue is that resources are being stretched thin.
“Our member agencies are reporting that they are seeing about 10 to 15 percent more people than they have in the past,” Puglia explained. “Then we have food pantries reporting that the higher-priced items are items that the families are asking more for ­— so, for instance, items like meats, dairy, cereal.”
Although the pantry has continued to provide food, it has had to purchase some produce directly from local retailers. And high prices have had an impact on the facility’s funds. It mostly uses money collected from parishioners every week, although other organizations like the Boy Scouts sometimes hold food drives for it. NSCC also uses donations from drives held by the church.
A Father’s Day Food Drive is planned for this weekend.
Patricia Watsula, volunteer manager of the pantry for 12 years, said that in addition to helping those in need, the pantry has also helped develop strong bonds among volunteers and clients.
“It provides a sense of community, especially for those living in the area,” Watsula said. “There was a time when we were having trouble getting volunteers, and four or five of our regular clients just started pitching in to help. So there really is a sense of community within the food pantry, and even though now some people are scattered, there’s still a warmth and sense of looking out for each other.”
Report an inappropriate comment