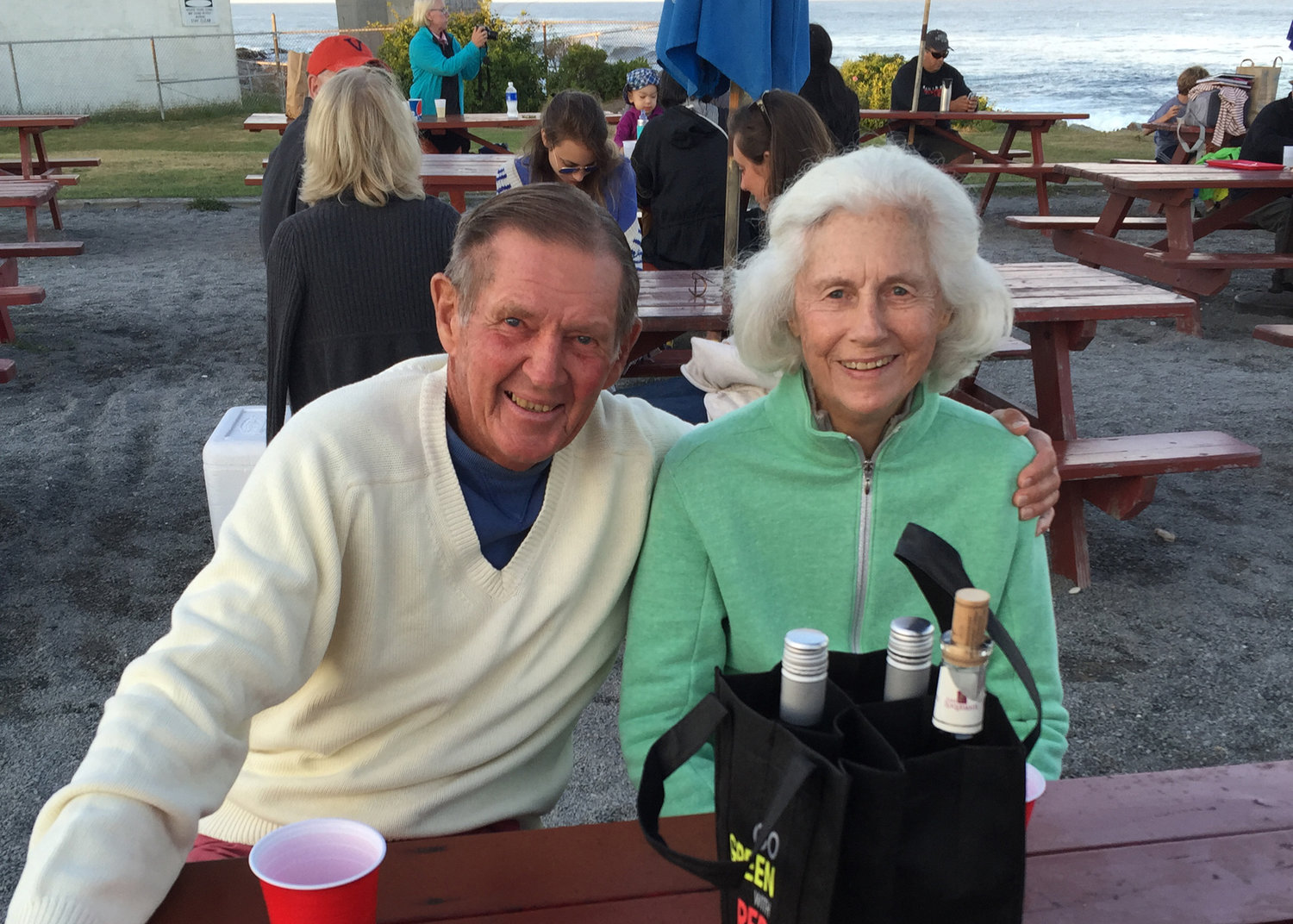 Pete and Lili Bostwick were soulmates, married for 66 years. They died six days apart from each other.
Courtesy Bostwick family
By Ellie Simek

Lili and Pete Bostwick, who called the North Shore home for most of their lives, died in their Locust Valley home six days apart. Lili succumbed to breast cancer on July 1 and Pete from natural causes on July 7. The couple had been married for 66 years.

George H. “Pete” Bostwick Jr. grew up in Old Westbury. Lilias K. “Lili” Bostwick was from Jericho. When the couple married in 1955 they settled in Locust Valley, where they raised four children.

Pete, also known as “Mr. B,” worked for H. N. Whitney, Goadby & Co. in 1959 as a stockbroker and became a general partner in 1966. He spent 35 years there before retiring several years after the firm was acquired by Advest Inc.

He was a talented and versatile amateur athlete, competing at a high level in six sports over the course of six decades. At Middlebury College, he was on the college’s ice hockey, tennis and golf teams. Pete was assistant captain of the ice hockey team as well as the fourth highest scorer in the east, while also playing the number-one position on the tennis team for four years.

He remained passionate about athletics far beyond college, even learning new sports well into his 30s. He is one of three men to have played in the U.S. Open in golf (1959) and in tennis (1952), which was referred to as the U.S. National Championships at the time. Pete was the only man to win national singles championships in racquets, squash, and court tennis, in which he was also a two-time world champion. He even tried out for the U.S. Olympic ice hockey team in 1960.

By his side throughout all these accomplishments was Lili. “When my dad was playing his sports, my mother managed everything and everybody at home and did a remarkable job doing it,” Catherine Wilson said. “She and my dad were a great team.”

Lili also owned the White Pepper, a gift shop in Locust Valley, which closed in 2000. A voracious reader, she was dedicated to her extended family, including her 11 grandchildren.

Through it all, she battled cancer for over 25 years, leading her to help others as a volunteer at Glen Cove Hospital.

Pete was known for being a true sportsman. He combined modesty, respect for his competitors and pure love of the game — or games in his case. He focused on enjoying the games, rather than winning. Pete’s son-in-law, Harrison Wilson, admired his ability to enjoy the moment in sports and in life.

“From my many years of observing and playing tennis and golf with this wonderful man, and seeing how he approaches sports and competition, here is what I have learned from watching him: Let yourself really love the sport,” Wilson said. “That means learning how to accept mistakes and losses, and enjoy, but not get carried away with the wins. The beauty is playing. He could value simple joys in sports and in life. Quite simply, he loved his life.”

Pete’s devotion to his family was the foundation of his life. He combined athletic success and his love of family, winning national titles in father-son, father-daughter, grandfather-grandson tournaments in court tennis and tennis.

James Dodderidge, of Locust Valley was a close friend of the Bostwick’s for over 60 years. He credits Lili for both of their ability to simultaneously value ambition in sports and being a great community and family-member.

“One of the greatest things about Mrs. B is that she kept Mr. B focused on the important things in life. It wasn’t just all sports for them, rather it was about family and being there,” Dodderidge said. “She was the quiet strength of the family. They were both people to emulate.”