No more free rides for electric vehicles in Glen Cove 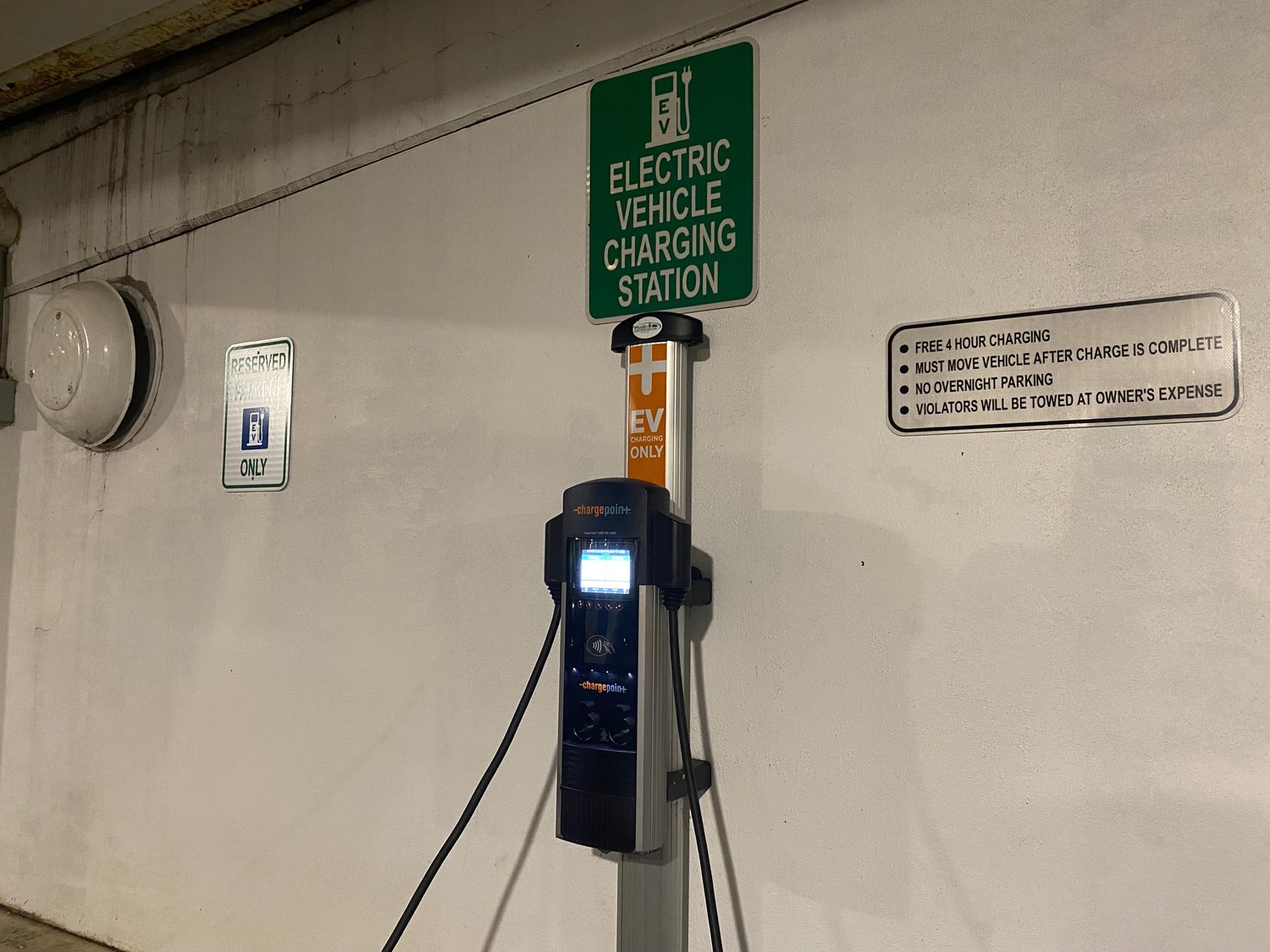 Free charges will no longer be available to electric vehicles in Glen Cove. On Tuesday, the Glen Cove City Council unanimously voted to install a fee of 30-cent per kilowatt hour for drivers to charge their vehicles at the city’s Pulaski Street parking garage at City Hall.

“As much as we've been giving it to the community for free,” Mayor Pamela Panzenbeck said, “it hasn't been free for us.”

Under the scheduled fee, drivers should expect to pay an average of $2.10 per hour to charge their vehicle, according to Panzenbeck, and for a full two-hour session, $4.20.

“We can raise it if we need to at some point,” Panzenbeck said. “But it's a good starting point.”

“Considering the price of gas today I think that it's a homerun,” Councilwoman Danielle Fugazy Scagliola said after the meeting.

Pulaski Street parking garage has a two Level 2 charging stations that were first installed in 2017 under a grant. Since then, Panzenbeck said, the stations have had about 40 unique users at 240 charges a month.

“We have to pay for the electricity that people are using,” Councilwoman Marsha Silverman said.

The charging stations have cost the city roughly $9,000 to $10,000 in expenses. The city pays approximately $650 per month for electricity and an annual software warranty of about $1,200 for the stations. The new charging fee for users will help the city cover the costs.

“Now that they have all the data to see how much it's been used,” Councilwoman Barbara Peebles said, “it really should be charged back to the user.”

Through the ChargePoint App, the largest network of electric vehicle charging stations, users will be able to make the payments to charge their vehicles.

“There's no upfront expense to the city to collect the money,” Silverman said. “So that’s a positive.”

The app is currently being utilized to notify drivers when their car is finished charging, so they could move it for other users. Last year, Smithtown had installed a fee for its charging station users as well, reported Newsday.

Along with the fee, the city has decided to no longer restrict the hours when the charging stations will be open. Each driver will now have access to charge their vehicles for as long as the parking garage is open.

“So, if you’re out at night at a restaurant,” Panzenbeck said. “And the parking lot is open as it is, you may certainly charge your vehicle.”

However, drivers are still expected to move their vehicle up to an hour after it is finished charging. Violators will have to pay $75 and possibly other fees.

Section 265-32.2: Municipally Managed Electric Vehicle Charging Station has been added to the city’s Code of Ordinance, stating that the charging stations are for the public and not only local drivers. “We are not limiting it to Glen Cove residents,” Panzenbeck said.

As Nassau County and the state continues to move into the electrical era in transportation, Glen Cove is onboard for the journey.

Peebles said that she hopes that the number of charging stations in the city would expand since the current two in Glen Cove might not be able to keep up with the growing number of electric cars in the area.

“Because of the cost of gas,” Peebles said. “More and more people are electric car shopping, so I think it's great that Glen Cove is really embracing the initiative.”

Once the transition to electric vehicles becomes more accessible and easier for drivers, Scagliola said she thinks more eco-friendly homeowners will move to the city.