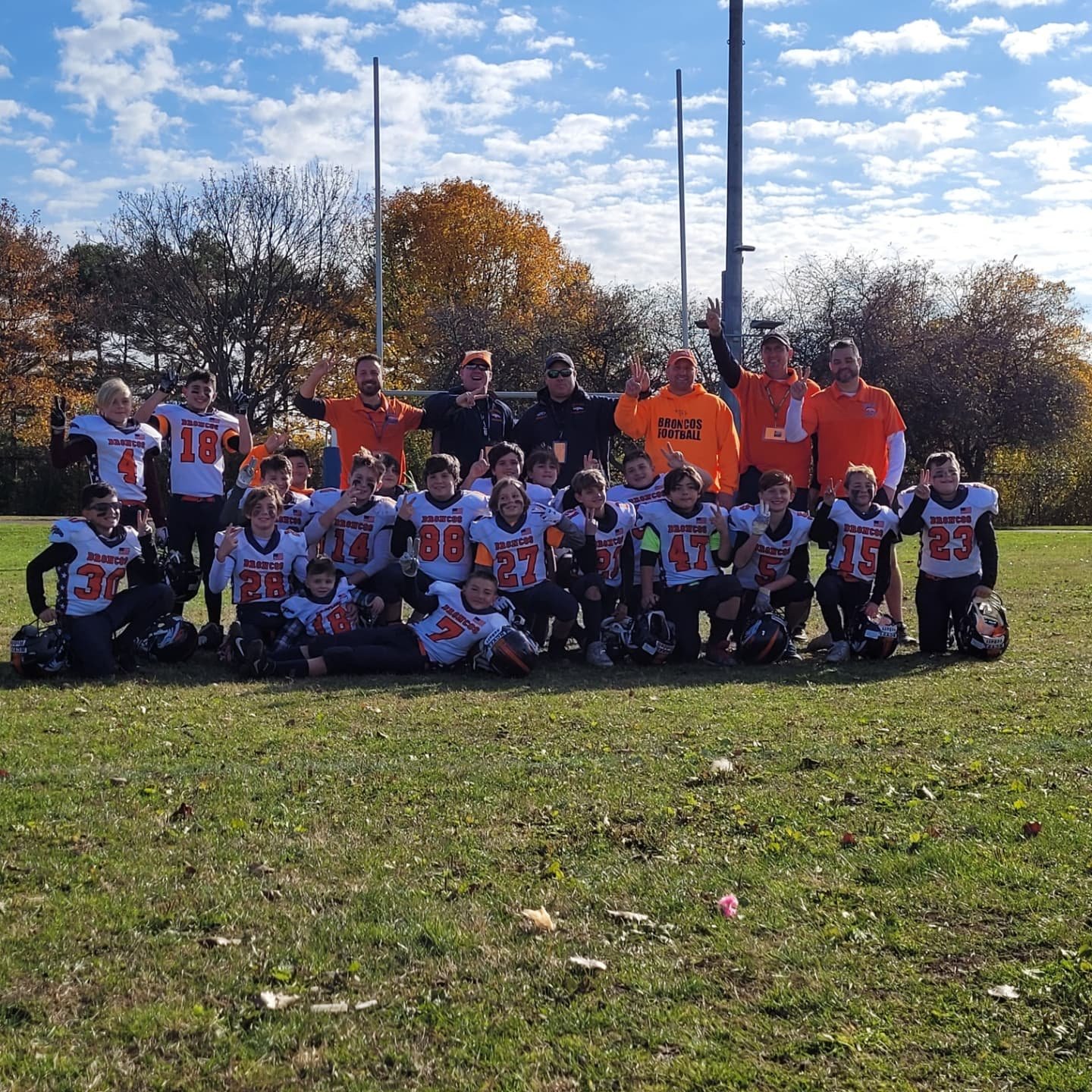 Pulled from the Seaford High School mantra, head coach Erik Maugeri said the slogan is part of what led the Nassau County Youth Football League team to victory once again this year.

The 11-year-old defending champions took on the East Rockaway Raiders at Mitchell Field in Uniondale on Nov. 21 for the championship title this season.

The game was a rematch from two years ago, when the Broncos defeated the Raiders. The same team went head to head for this game, where the Broncos won 12-6. Two years ago, the Seaford team won in overtime.

Lisa Lynch, a member of the Broncos board, said the game began with a touchdown from Seaford, but East Rockaway quickly caught up, tying the game 6-6. The Broncos snuck in another touchdown and gained the lead, 12-6. The Broncos maintained that lead for the remainder of the match, intercepting a pass with only a few minutes left in the game.

The Broncos, founded in 1966, takes in students ages 5-11. Practices began in August, and teams have competed in eight games since September. There are 20 students on the team, all of whom attend the Seaford School District.

Last year, the team, along with the rest of the Nassau County Youth Football League competitors, did not play due to Covid-19 restrictions. It made this match all the more exciting, Maugeri said.

“I think they really needed this,” Maugeri, of Seaford, said. “They’re trying to get back to a sense of normalcy, and this is part of being a kid.”

Maugeri, who has been coaching with the Broncos for 12 years, said it was an incredible win, considering that this year’s team “overcame a lot of obstacles.”

“We had a lot of injuries throughout the season,” he recalled, “and because we won two years ago, schedules were really tough. We overcame a lot of adversaries due to the tough schedule and injuries.”

In 2019, football registration was up over 30 percent from the previous year, resulting in the Broncos being one of the largest organizations in the Nassau County Youth Football League, according to the organization’s website.

Every year, the Broncos wrap up their football season with their annual Awards Banquet. Next year’s ceremony will be held Jan. 12, 2022, at the Crest Hollow Country Club in Woodbury.