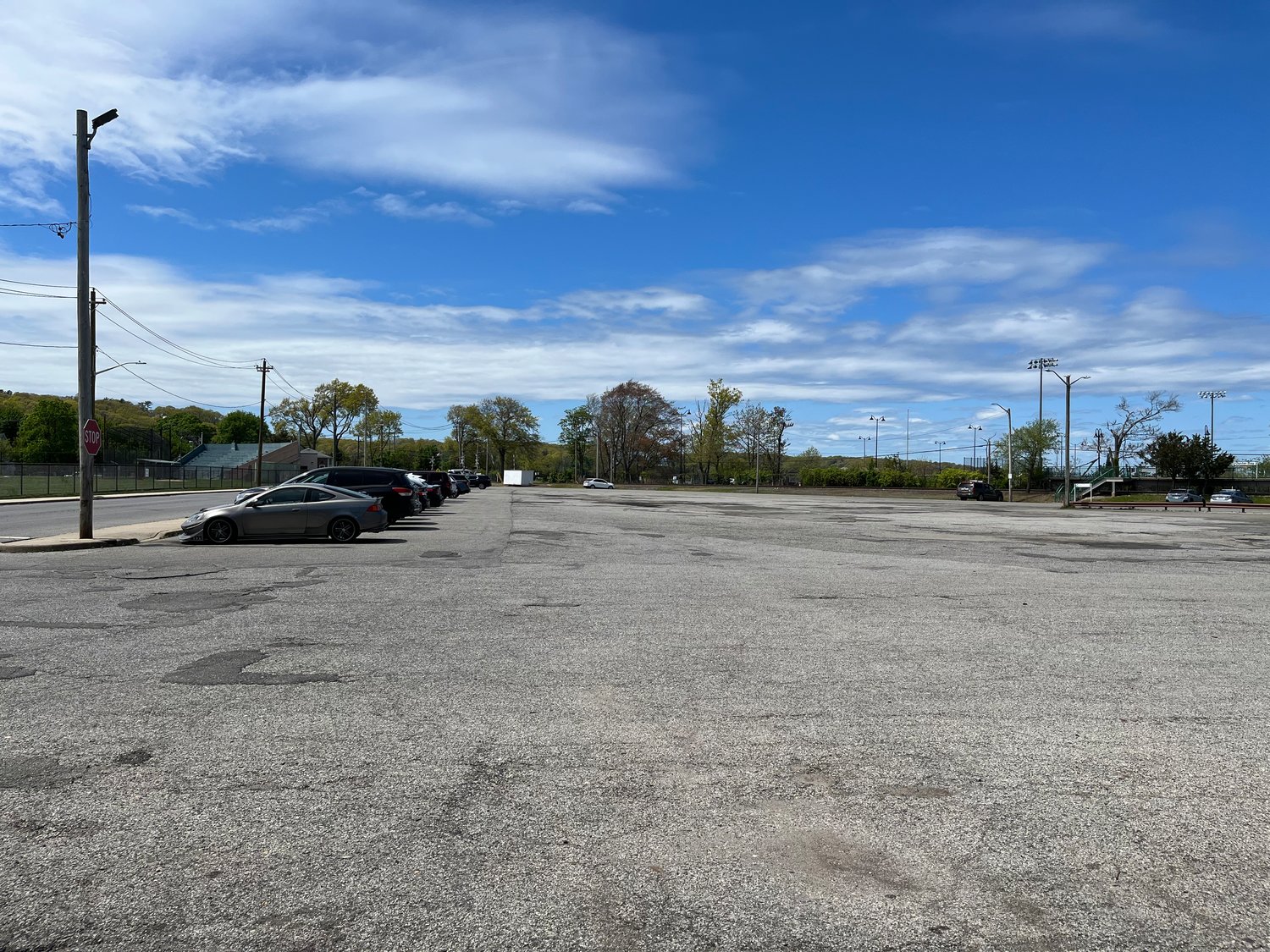 Fireman’s Field, originally a marsh with several streams running through it, was paved over in 1953.
Will Sheeline/Herald

It will help revitalize the area both in terms of function and aesthetics.”
Vicki Walsh, Town councilwoman
By Will Sheeline

Fireman’s Field is scheduled to undergo some major upgrades in the coming months. The asphalt parking lot will be refurbished by the Town of Oyster Bay, in the interest of beautifying the area and making it more environmentally friendly.
The field has been on the town’s agenda for over a decade. Although successive administrations have made several improvements to the adjacent Theodore Roosevelt Memorial Park, and there were plans to remake the field in 2011, it has remained an eyesore.
Now that is set to change, thanks to an influx of federal funding that the town board was made aware of in February. The funding comes from the American Rescue Plan, which allocated $1.9 trillion to eligible state and local governments.
“When we learned that the federal funding could be used for water-drainage projects, several of our officials thought of Fireman’s Field right away,” said Marta Kane, the town’s director of community relations and public information. “We knew with that money, we’d be able to make even greater improvements there.”
The town has issued a request for proposals from engineering design firms that are interested in taking on the project. So far, 19 firms have responded, and the board is conducting an internal review to determine which would be the best fit for the project, which will involve improving the field’s water-drainage system, adding lights and trees and enhancing its aesthetics to make it more environmentally friendly. It is hoped that more people will use the field at night, either on walks to the waterfront or for its intended purpose, parking.


“I am so pleased that we are working towards a greener, more environmentally friendly Fireman’s Field for local commuters and the community at large,” Town Councilwoman Vicki Walsh wrote in a statement. “It will help revitalize the area both in terms of function and aesthetics.”
Water drainage is especially important, because in its current condition, heavy rainfall can turn the field into a small lake. That has discouraged employees of local businesses from parking there, and instead they cram into the hamlet’s other lots.
“My administration is focused on improving our quality of life,” Town Supervisor Joseph Saladino wrote in a statement, “and these enhancements to Firemen’s Field will beautify the hamlet, while improving drainage and protecting the environment through storm water runoffs.”
The Main Street Association approached the town board in 2019, offering to cover the expenses of adding trees and lighting to the sidewalk that runs along the field. Although the stimulus money made that unnecessary, the association and other community organizations will offer input to the board so residents can be part of the discussion.
“[The town board has] been very open about wanting community groups to have an input in the design phase to make sure what ultimately gets approved is what’s best for the downtown,” Meredith Maus, executive director of the Main Street Association, said. “Obviously we don’t have final say, but (the board) knows it’s wise to have community input.”
Until the board chooses a design firm early next month, the specifics of how the community will be involved — and the overall cost of the project — are still up in the air. But town officials have expressed optimism that the project will provide major benefits, regardless of its cost, with a beautified, more welcoming public space.
“The improvements to Fireman’s Field will not only enhance the entrance to our beautiful Theodore Roosevelt Park,” Town Clerk Richard LaMarca wrote in a statement, “it will bring much needed water quality improvements to the area.”
Report an inappropriate comment