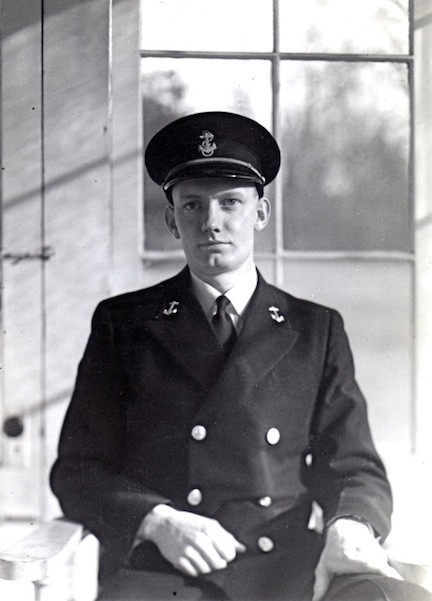 Albert Davis Jordan, a 56-year resident of Rockville Centre, passed away in his home on Oct. 29th. He was born in Yonkers, New York, on Sept. 8th, 1917, to Albert C. and Marion Davis Jordan. The oldest of seven brothers, Davis, as he was known to family and friends, was endowed with quiet determination and an air of gentle authority. He lost his beloved mother to illness when he was 16.

Mr. Jordan attended Fordham Prep in Yonkers. He was accepted into Columbia University’s accelerated joint degree program and in 1941, graduated with his law degree. During World War II, as executive officer of a sub chaser, he and the crew survived a shipwreck in the Atlantic. Later, in the Pacific Theater, he commanded a destroyer escort in the decisive Battle of Leyte Gulf.

Mr. Jordan married Vera Radford Lally in 1947. The couple eventually settled in Rockville Centre, where they raised their seven children. Davis practiced corporate and securities law as a partner in two prestigious Manhattan firms, Valicenti, Leighton, Reid & Pine and later, Cole and Dietz. At 75, he retired from the Chicago-based firm, Winston and Strawn.

One of the highlights of Vera and Davis’s shared life occurred when they purchased a second house at West Gilgo Beach, Long Island, in 1971. They spent every subsequent summer at the beach. Mr. Jordan served the West Gilgo Beach community in many capacities, including as pro bono counsel and also as president of the WGB Association.

Davis Jordan was truly the patriarch of his large family as well as the vessel for family lore stretching across many generations. The entire family gathered for an early celebration of his 95th birthday in June at Old Orchard Beach, Maine.