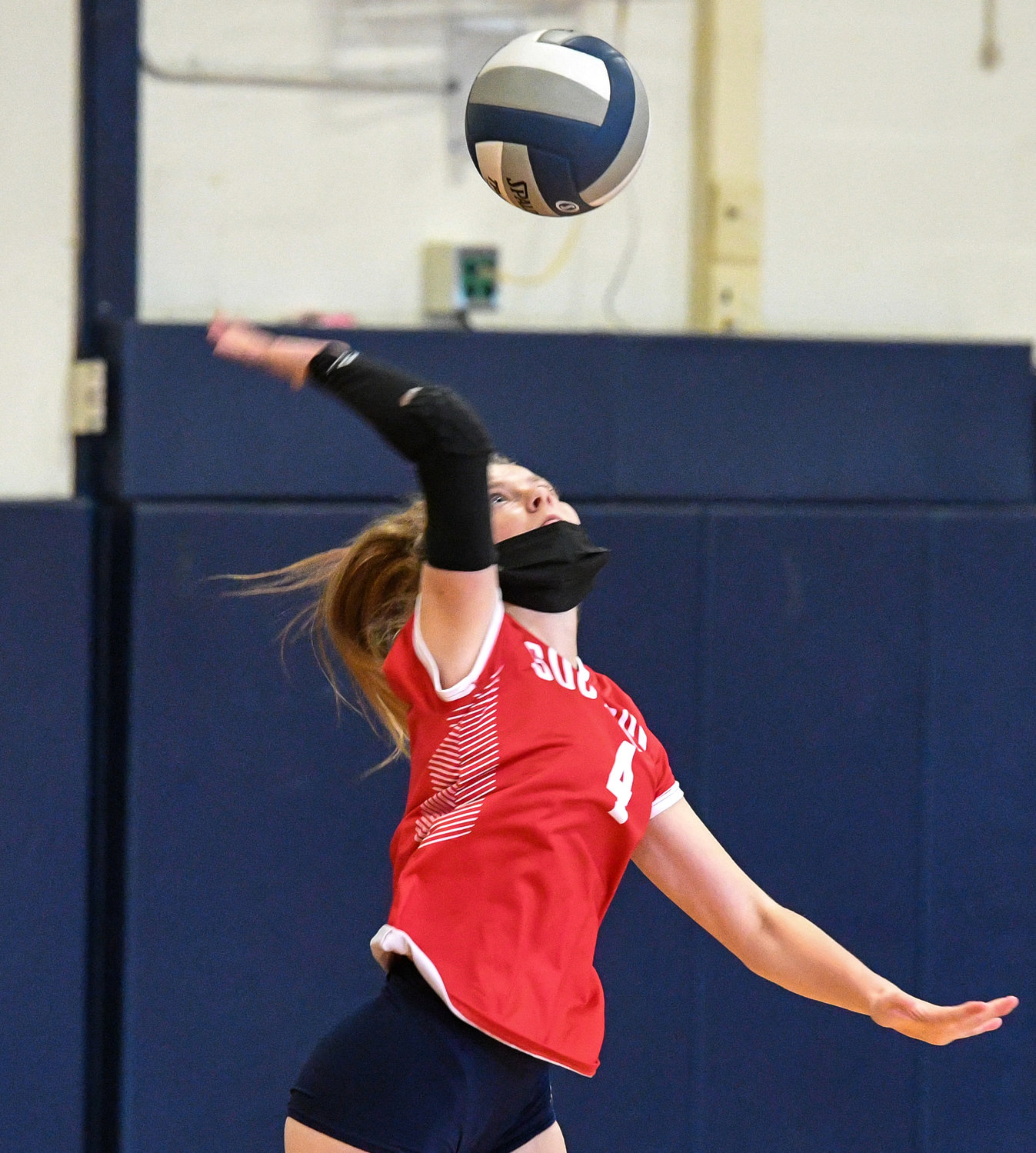 Five months ago, the South Side girls’ volleyball team stood on the Wantagh High School gym floor and watched the Warriors hoist the Nassau Class A championship plaque the Cyclones earned the previous season. So far, they are on their way to reclaiming that crown.
South Side, which also won the Long Island title in 2019, is off to a 5-1 start in an ultra-competitive Conference A/C1 after sweeping Long Beach last Saturday for its third straight win. The Cyclones have beaten four opponents in straight sets while dropping just four in non-tournament play.
The Cyclones bested Long Beach 25-18 in the first set, but the Marines hung tough in the final two games before South Side escaped with 26-24 and 25-23 victories. Sara Hubschman had 13 kills and fellow senior Camryn Hoffman and sophomore Keira Birk starred on defense with 14 digs apiece. Hoffman took over the team lead in aces with eight, giving her 24 on the campaign.
Last Saturday’s was a microcosm of the Cyclones’ season so far. Seven of the first 15 sets South Side has won was by two points and another was decided by three, bringing its margin of victory average to just over six points.
“The girls are resilient,” said coach Cheryl Scalice. “I don’t want to struggle with anybody. We’re at that point where we’re trying to become more consistent.”


The girls also showed tremendous resiliency in their rematch with Wantagh on Sept. 25. After getting swept at home by Mineola four days earlier, South Side dropped the first set to the Warriors 25-21 before bouncing back to win the final three. Senior Claire Richter and junior Ava Kelly combined for 23 kills while sophomore Cate Bradley and Birk accounted for 39 assists. Five Cyclones reached double digits in digs, with Hoffman leading the way with a season-high 29.
“The kids got into a rhythm, they relaxed and then just played better and better as the match went on,” Scalice recalled.
While it seemed to be the sweetest win of the season, Scalice believed it was just business as usual for her team.
“I’m sure it wasn’t long forgotten,” she said. “It’s always a battle between us. It’s our biggest rivalry I’d say.”
The Cyclones have a strong offensive front with Hubschman, Kelly and Richter providing the attack from both sides of the floor. Bradley and Birk, who has had two 18-assist games this season, are forming a young nucleus at the setter position.
There is also young talent at the back line with Sophia Vargas, who had 21 digs against Wantagh and approaching 70 on the season, and fellow sophomore Delia Ryan providing stout defense.
At press time, South Side was a game up on Wantagh, Manhasset and Mineola for first place in the five-team conference. Even with that slight advantage, Scalice feels the division is up for grabs.
“It’s anybody’s ballgame,” she said. “There’s a lot of talent on all of those teams. It’s going to be who rises the most.”