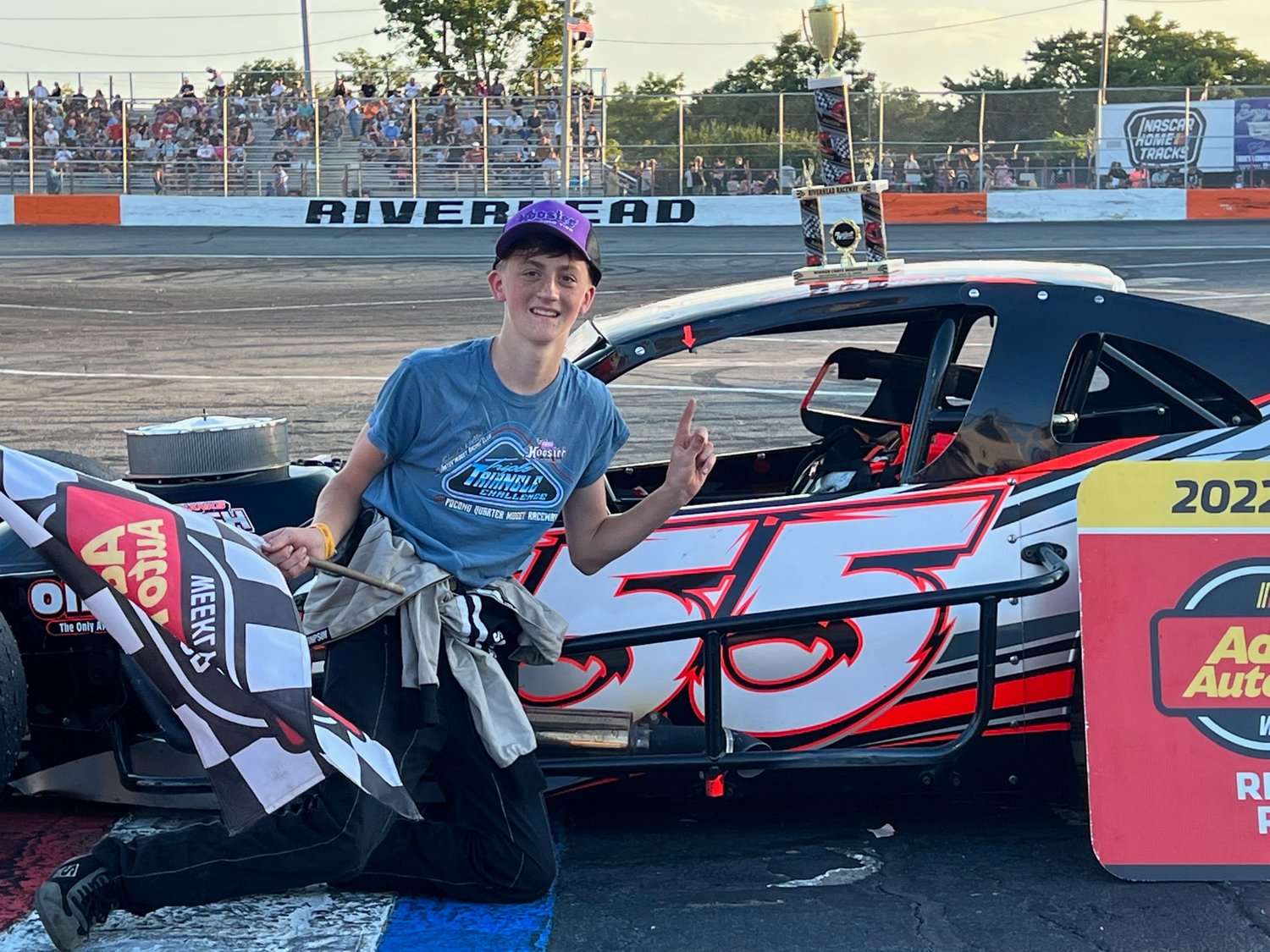 Chase Grennan finished the end of the season with a 2nd place standing. He often works on his car with his brother, Owen Grennan, before many of their races.
Courtesy Kimberly Grennan 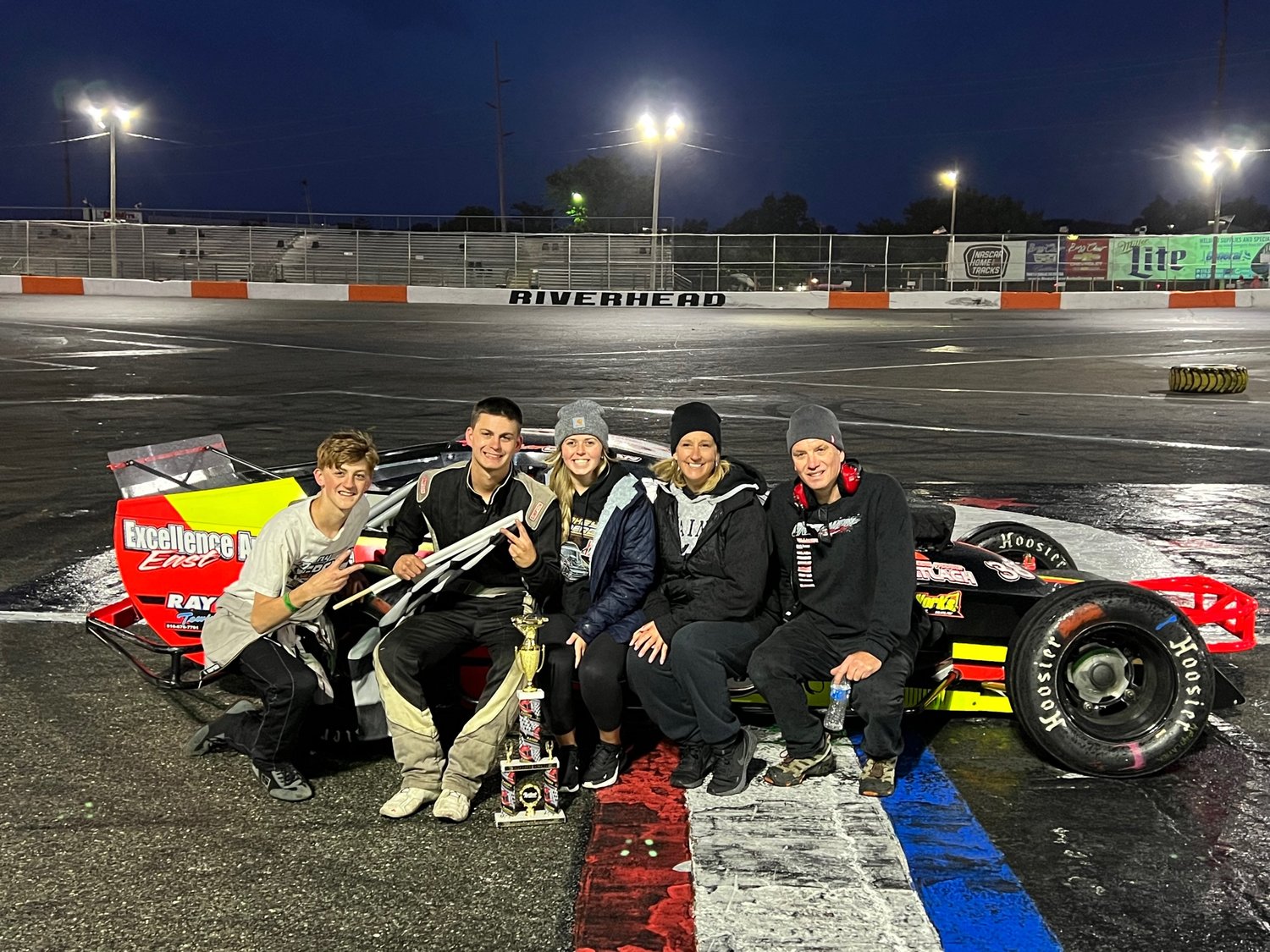 The Grennan family has a multi-generational passion for racing. Brothers Chase, from far left, and Owen Grennan, with Kaylee Maier, and parents Kim and Danny Grennan reminisced on their time at the track while celebrating the end of the season.
Previous Next

They were just so earnest and so honest. The love of racing just spilled from them.”
Maureen Dillner sponsor
By Roksana Amid

Riverhead Raceway initially started as a dirt track in the 1950s but grew to become a staple for passionate motor racers like Glen Cove natives Owen and Chase Grennan. The 26-acre raceway offers multiple divisions on Saturday nights from May to December, including a crate modified division that was introduced in 2016.

The brothers are second generation drivers. Their father, Danny Grennan, is a former champion and 22-time race winner in a division at Riverhead Raceway known as the Super Pro Trucks. This division is akin to NASCAR trucks seen on TV but designed for a local racetrack level.

Although they’re competitors on the track, Owen and Chase have been seen fine-tuning one another’s cars in good sportsmanship. They often help to install the crate motors — fully assembled automobile engines shipped to installers.

“At the end of the day, we go back to the same shop,” Owen said. “We try to make each other as good as possible for the next week.”

“When I turn 16, I think I’ll have a little more experience than any other 16-year-old behind the wheel of a car,” Chase said. A student at Glen Cove High School, he started racing go-karts at age 4.

“For the Grennan brothers to win six of the seasonal races contested between the two of them is a pretty impressive statement,” said Bob Finan, track announcer for the raceway. “It demonstrates how hard they work and their dedication to the sport,”

Winners receive cash, which Finan said is typically not enough to cover the cost of maintenance and parts. Much of the costs, he said, are covered by the sponsors, like Maureen and John Dillner of Huntington Station, who were approached by the brothers three years ago.

“They were just so earnest and so honest,” Maureen said. “The love of racing just spilled from them.”