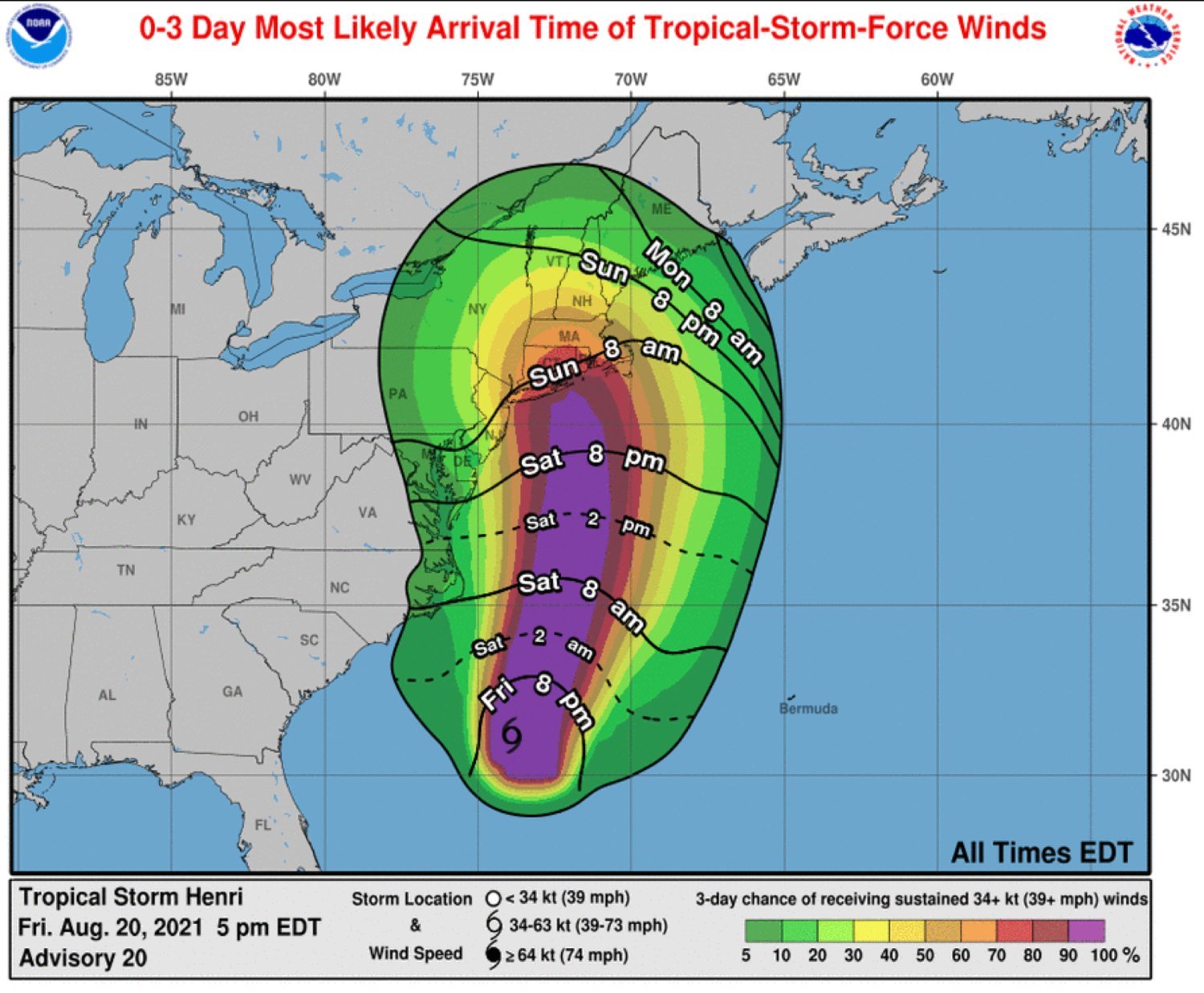 Tropical Storm Henri was originally projected to make landfall as a hurricane on Long Island and cause high levels of wind.
Courtesy National Weather Service
By Robert Traverso

Elmont and Franklin Square, along with most areas of Nassau County and western Long Island, have experienced heavy rainfall all day Sunday brought on by Tropical Storm Henri, which was downgraded from a hurricane to a tropical storm early Sunday by the National Hurricane Center when winds less than 75 mph were detected.

The storm, which was projected to be the first hurricane to make direct landfall on Long Island since hurricane Gloria in 1985, landed east of the Island and weakened by Sunday morning, dumping heavy rainfall onto Elmont and Franklin Square and across Nassau County.

"This storm has been very fickle, Henri has changed course,” said Nassau County Executive Laura Curran, commenting on the storm’s change of direction on Sunday. “It was supposed to go a little further to the west… but right now, we're experiencing heavy drenching rain,” she said.

Despite the change in course and intensity, Tropical Storm Henri is expected to continue to create heavy rainfall and flash flooding throughout Monday.

Sen. Kevin Thomas, who represents some areas of Franklin Square, part of the sixth district of the New York State Senate, shared the following hurricane safety tips online for local residents: Report power outages and issues with trees and road maintenance and stay up to 30 feet away from downed electrical wires.