John A. Anderson Recreation Center gets a facelift

Rockville Centre youth flock back to the Rec 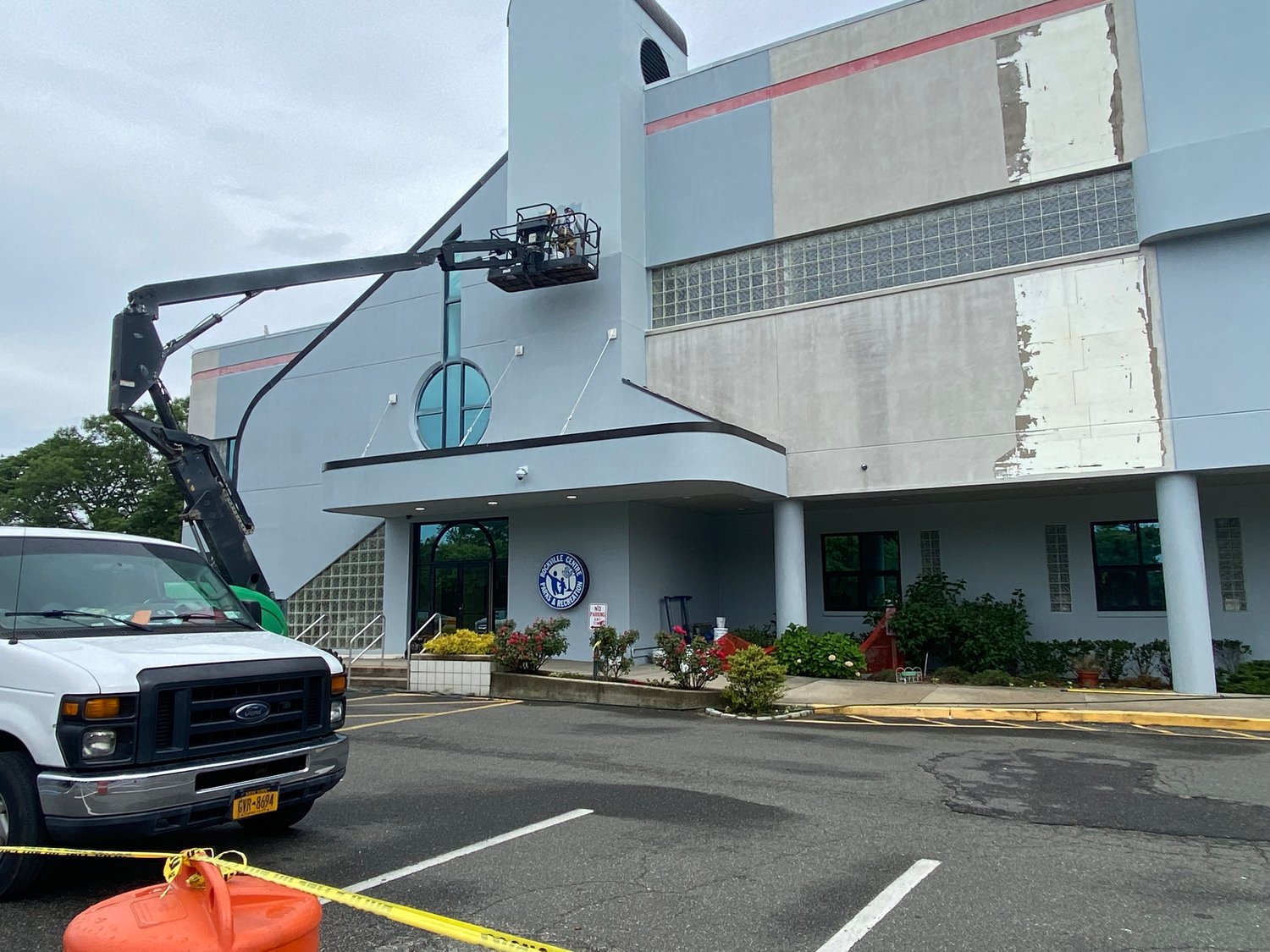 The exterior of the John A. Anderson Recreation Center gets a new coat of paint.
Tom Carrozza/Herald 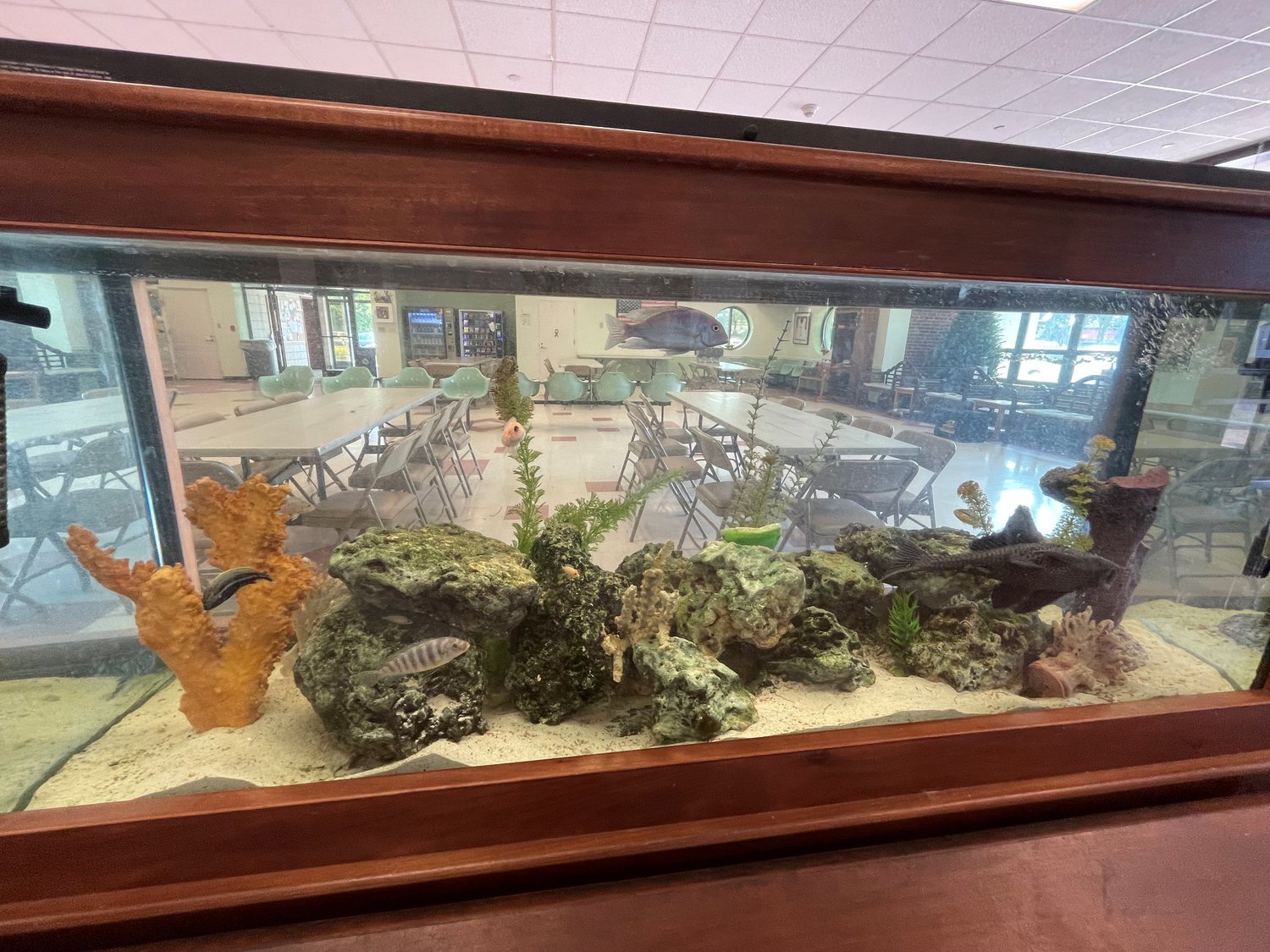 One of the new fish tanks in the lobby, a dream of long-time center Superintendent Anthony Brunetta's, will be maintained every month.
Courtesy Karen Polito 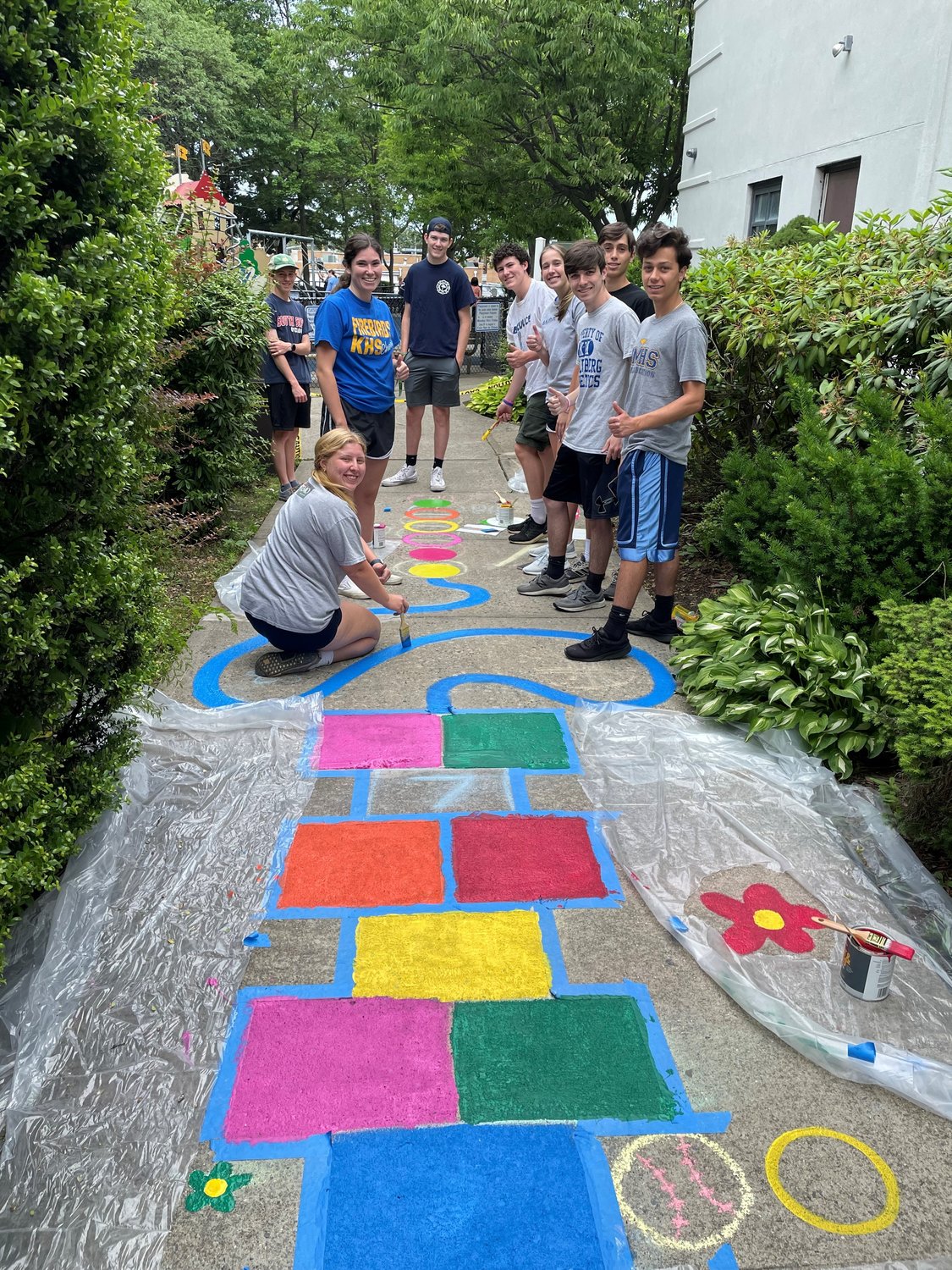 To reflect what goes on inside the building, the building needed to be beautified.”
Nancy Howard, Village Administrator
By Tom Carrozza

The past few years have not been easy ones for the John A. Anderson Recreation Center in Rockville Centre, but in the past few weeks, those who’ve passed it on North Oceanside Road have probably noticed some changes.

The coronavirus pandemic kept children away, reducing revenue by nearly $1 million in 2021, but a decrease in Covid numbers has coincided with work done to both the interior and exterior of the building, a fixture of the community, and helped revitalize it.

After all the waiting, Superintendent of Recreation Karen Polito has said that her office has been inundated with positive calls and texts about the building’s new look. It got a coat of fresh paint, and the façade and insignia by the front entrance were redone. The insignia of the village’s Parks and Recreation Department now matches the “Rec Blue” of the shirts that summer campers and staffers wear.

Polito has worked for the village for over 20 years in various capacities, including running the center’s nursery school program. Now, with the renovations, the summer camps and the eventual construction of the inclusive Anthony Brunetta Playground, she is overseeing the Rec Center’s turnaround as the pandemic fades.

“We want to encourage as many people as possible to come and visit us, and I think this and the inclusive playground will involve a lot of people coming and getting to see what the Rec Center offers,” Polito said. “We have everything from baby programs to dog obedience.”

In 2020, the center shut down from March to June, returning that summer with small youth programs, which Polito called “Rec to the rescue.” She said she believed the cleaning protocols helped restore parents’ confidence in small gatherings, and called it one of her proudest moments.

The center is in its peak season now, with a summer nursery, gymnastics, sports camps going on through August and nursery school registration for the fall approaching.

Nancy Howard was a village trustee in 2019, and became village administrator in September 2020. Now she is excited to see the village capital plan project finally make its mark, literally, on the building. “To reflect what goes on inside the building,” Howard said, “the building needed to be beautified.”

Polito collaborated with Howard, Deputy Mayor Kathy Baxley and Mayor Francis Murray on the plans for the building. As the project continues, more improvements are on the way. LED lights will illuminate the façade, door and window lintels we be replaced, and a new HVAC system will be installed in the fall.

Safety will be enhanced with the additions of new emergency lights and exit signs. Panic buttons will be installed for staff members, and keypad entry systems have already been added to doors.

“We’re grateful those are not really things we’ve ever faced, but we’re all looking at the world a little differently,” Howard said. “And so we’re very cognizant of who’s in our building, and (having) oversight over that.”

Young residents have also helped to transform the center’s grounds recently. Liam Psass, a village resident, planted trees there as part of a community service project. Eagle Scout Ryan Varley painted a colorful sensory path on the walkway that leads children from the main building to the playgrounds with a game of hopscotch.

Sensory paths are typically designed to develop motor skills, and have been used in schools as a quick break from classes that gets students active. Another Eagle Scout, Will Devey, installed bat boxes around the center’s paths, in the interest of controlling the mosquito population.

“It really is a reflection of the care the community feels and their allegiance to the building,” Howard said. “When they give back to the community they go back to the Rec Center because of how many positive feelings they have towards it.”

Howard has seen that devotion firsthand, as her four children grew up at the center, taking part in Rec Nights, basketball, flag football and many other programs.

Perhaps closest to Polito’s heart is the installation of new fish tanks, which have captured the attention of many children. Polito said they were a dream of Anthony Brunetta’s, the center’s superintendent for 40 years, who was affectionately known as “Mr. B.”

“They’re hard to maintain, but they’re like magnets for the kids,” Polito said. “They just love them.”