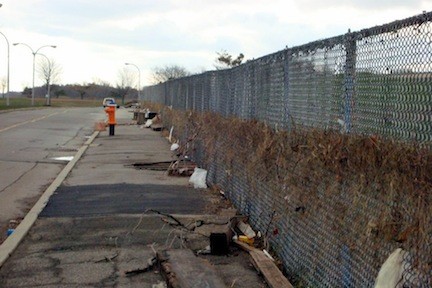 Donato shot this photo in Bay Park the day after the storm, showing the waterline on the fence after the flooding receded.
Courtesy Vincent Donato 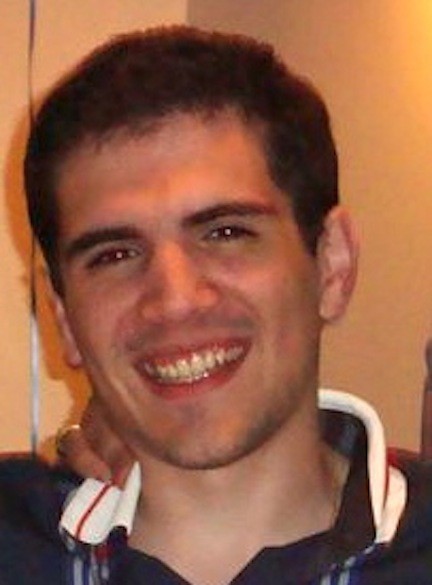 Vincent Donato lives on Nicholas Avenue in East Rockaway, just blocks from Bay Park. These are his memories of the days after the storm.

My story is probably like so many others.
The night of the storm, the streets were pitch black. Aside from the wind, my family could hear the sound of car alarms going off and getting closer, reminding me of the Japanese tsunami. The water was suddenly flowing down the street, coming up from the drains and running in every direction. Danger was approaching.
The next day, we saw what Sandy did to East Rockaway. My home was damaged, and my basement was underwater. Our three cars were totaled, and we had no power and no heat. The scary part? I was considered lucky because I still had a home.


After being displaced and staying with my uncle, aunt and cousins in Oceanside — who graciously opened their home to my family — the months of cleaning up and filing documents began. Within four weeks we were back at home — what was left of it — with heat and electricity. We were one of the first on the block to get the power back.
When I think of the storm, I’ll always remember the following days at the East Rockaway Firehouse’s Sandy drive, seeing families and friends working together and helping each other. I was, and still am, very proud of our community for how we all came together after the worst natural disaster I’ve ever lived through.
One year later, my house is still being repaired, but it’s coming along. There is still evidence of the storm throughout the area — from dead lawns and plantless yards to entire houses empty and being remodeled. I pray we never experience that magnitude of a storm again.

Have an opinion on this story? Send Letters to the Editor to mmalloy@liherald.com
Report an inappropriate comment