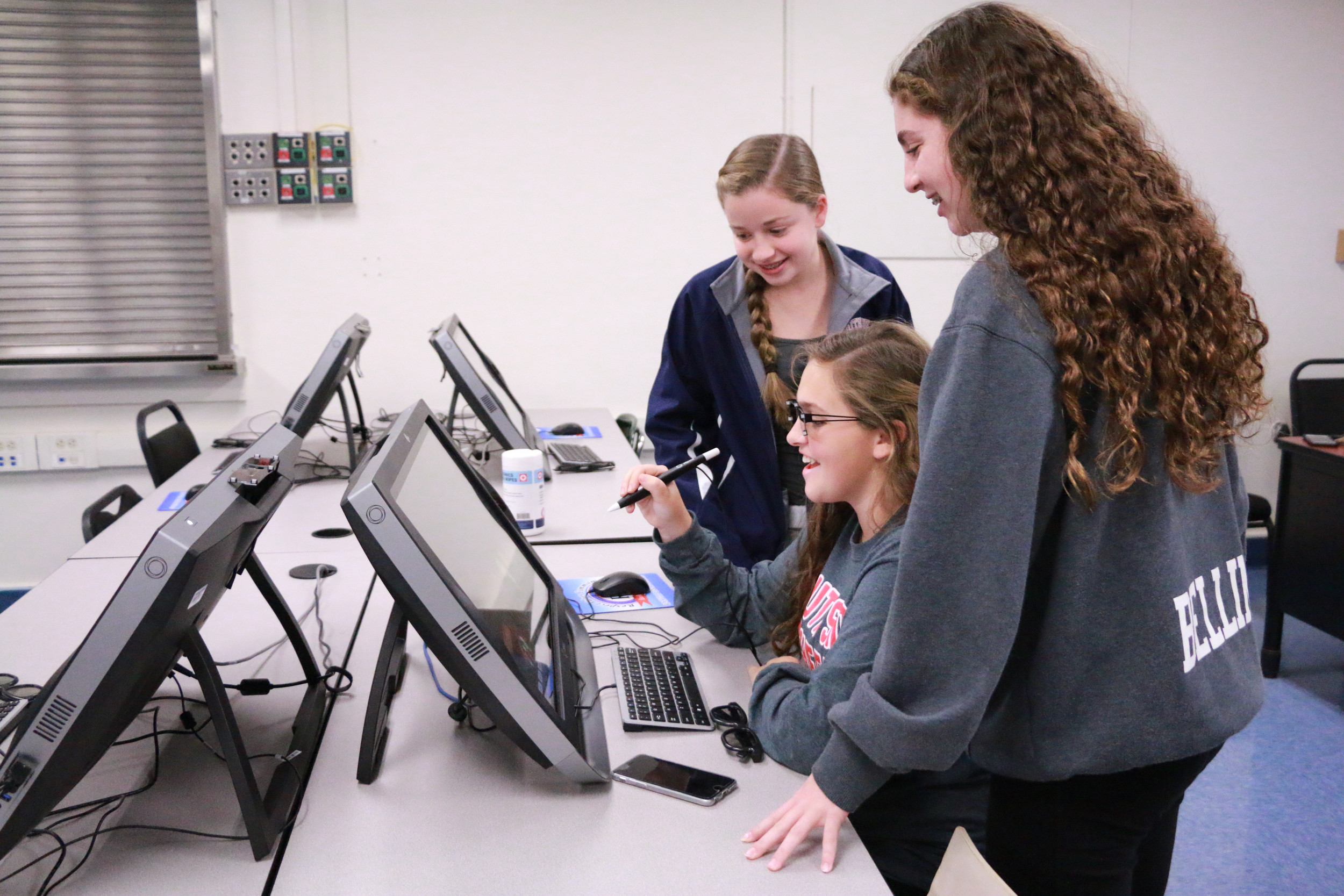 South Side High School students explored the district’s zSpace virtual-reality technology, which will be available for a second straight year.
Courtesy Audra Cerruto
By Ben Strack

With a new school year around the corner, the Rockville Centre School District will be expanding its offerings to students of all ages throughout its seven buildings.

With help from the Rockville Centre Education Foundation, which donated $68,000 to the district in June to fund 15 initiatives for the coming year, students will have the opportunity to broaden their academic horizons.

The grants include funding for Dash and Dot Robotics, for example, which will provide elementary school students the opportunity to learn coding, and Trout in the Classroom, a program in the high school in which students can hatch, monitor, raise and release trout into the environment. “Build a Better World,” a summer workshop at the Rockville Centre Library — facilitated by the Cold Spring Harbor Whaling Museum — is also among those supported by the donation.

In addition, a program introducing students to seven master artists using an interactive multi-media art curriculum is slated to hit Covert, Riverside and Watson schools, and a full-year program called the Power of Play was designed for Watson students to boost creativity through puppetry, board games, dramatic role playing and physical activity.

At the high school for the second straight year, with the help of $28,000 from the Education Foundation, will be the zSpace virtual reality tool, which will allow students to continue using special computers to explore a variety of subjects in ways they never had previously.

By putting on glasses, students are able to immerse themselves in 3-D pre-made, or teacher-created programs, which give viewers perspectives that they couldn’t normally experience in real life. Teachers are being trained to better use the technology, South Side High School Principal John Murphy has told the Herald, and he hopes that, in order to use zSpace to its full potential, that his staff will create lessons that would not possible without it.

Along with the $28,000, an additional $6,000 was used to purchase a ShopBot Indexer, which will allow students to sculpt 3-D models using the zSpace programming.

The district also earmarked $20,000 of this year’s budget for the Robotics program, which falls under the STEAM — science, technology, engineering, arts and math — initiative. Robotics has already proved to be successful, as the middle school team made its second straight appearance at the VEX Robotics World Championships in Kentucky this past April.

Schools Superintendent Dr. William Johnson said perhaps one of the district’s most prominent new additions this year is South Side High School’s science, technology, engineering, arts and math, or STEAM, lab, which will be used as a classroom for the school’s new coding course.

“It’s one of those preparatory courses that you want to have kids exposed to before they move off to college,” Johnson said, adding that it is now a common class in universities’ curricula. Most students enrolled in the class are freshman and sophomores, he added, but it is available to those in all four grades. The computers in the lab will also service film students for editing.

Earlier this month, the district sent two high school teachers to a STEM-training course, according to Chris Pellettieri, assistant superintendent for curriculum and instruction. There, they were trained to use Swift Playgrounds, an Apple iPad app that will allow students to program a drone, for example, through coding. Currently, students in grades 4 through 12 have access to iPads.

Though the school has evolved to include more STEAM-based learning, administrators are cognizant of maintaining a balance among different subjects and teaching methods.

“We want to make sure that it has a place in the curriculum without overwhelming the curriculum,” Johnson said. “It needs to be an important part of the life of our kids, and yet we can’t do it at the expense of walking away from some of the other equally important experiences that people have before they leave us.”

Oceanside students walk out to take a stand against gun violence