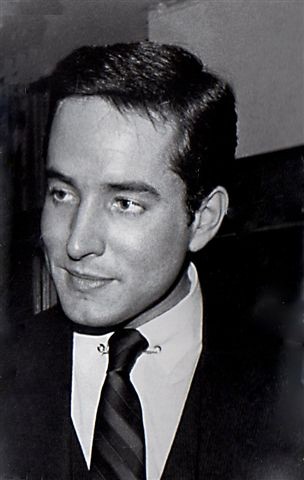 A courageous survivor of the AIDS plague that struck down so many of his friends in the 1980’s, Richard Von Oesen Boggs died on Feb. 4 in his Manhattan home, a few days after he turned 60. Von Oesen Boggs was a graduate of New York Law School and of Columbia University’s School of Public Health. He was committed to helping those afflicted with AIDS. As a volunteer attorney with the New York Public Defenders Office, he discovered that AIDS sufferers at Rikers Island and in the New York court system were not receiving proper care, and penned an op-ed piece published in the New York Times in January, 1988 calling urgent attention to this situation.

While Von Oesen Boggs benefited from the medical advances that allowed him to live with AIDS, he never fully enjoyed robust health and was confined to his home over the past several years. Nonetheless, he was a raconteur of his many adventures and of family tales; he found the energy to entertain friends and relatives with mischievous wit and humor. All who attended his sister Deborah’s 40 birthday party remember “Rick’s” hilarious account of her hippy-wedding plans.

Born Jan. 31, 1953 in Rockville Centre, Von Oesen Boggs was the youngest of five children born to Rita and Roderic Boggs. He attended the Rockville Centre public schools while his mother was the President of the Board of Education and also attended The Mount Herman School, in Northfield, MA. After college, Von Oesen Boggs joined VISTA, the domestic Peace Corps, and was assigned to work in the rural south and later in Los Angeles.

While volunteering in Louisiana, Von Oesen Boggs placed himself in jeopardy by reporting cruel practices at a local juvenile detention center. As a result of his efforts, a federal civil rights action was pursued resulting in systemic improvements in the Louisiana juvenile court system. Upon returning to New York, Von Oesen Boggs worked as a model and in public relations before undertaking his graduate work in law and public health.

Von Oesen Boggs is survived by his brother, Roderic Boggs of Washington, D.C., and his sisters Kathryn Boggs of Baldwin, Helen Boggs Smith of Aquebogue NY, and Deborah Boggs of Swampscott, MA; by his nieces and nephews, Francesca Boggs of Swampscott, MA, Erin Boggs of W. Glastonbury, CT, Nicholas Boggs of Brooklyn, NY, Amanda Boggs of Marlborough, CT, Abigail Boggs of San Francisco, Spencer Smith of Forest Hills, NY, Lindsay Smith Fischer of Smithtown, NY, Lauren Smith of Manhattan, and by several great-nieces and a great-nephew. Von Oesen Boggs is also survived by his dear friend, Judith Bronsther, his god-son, Corin Bronsther, both of Manhattan, and Ellen Bronsther of Garden City, NY., all of whom were family to him.