Inspired to help those in need 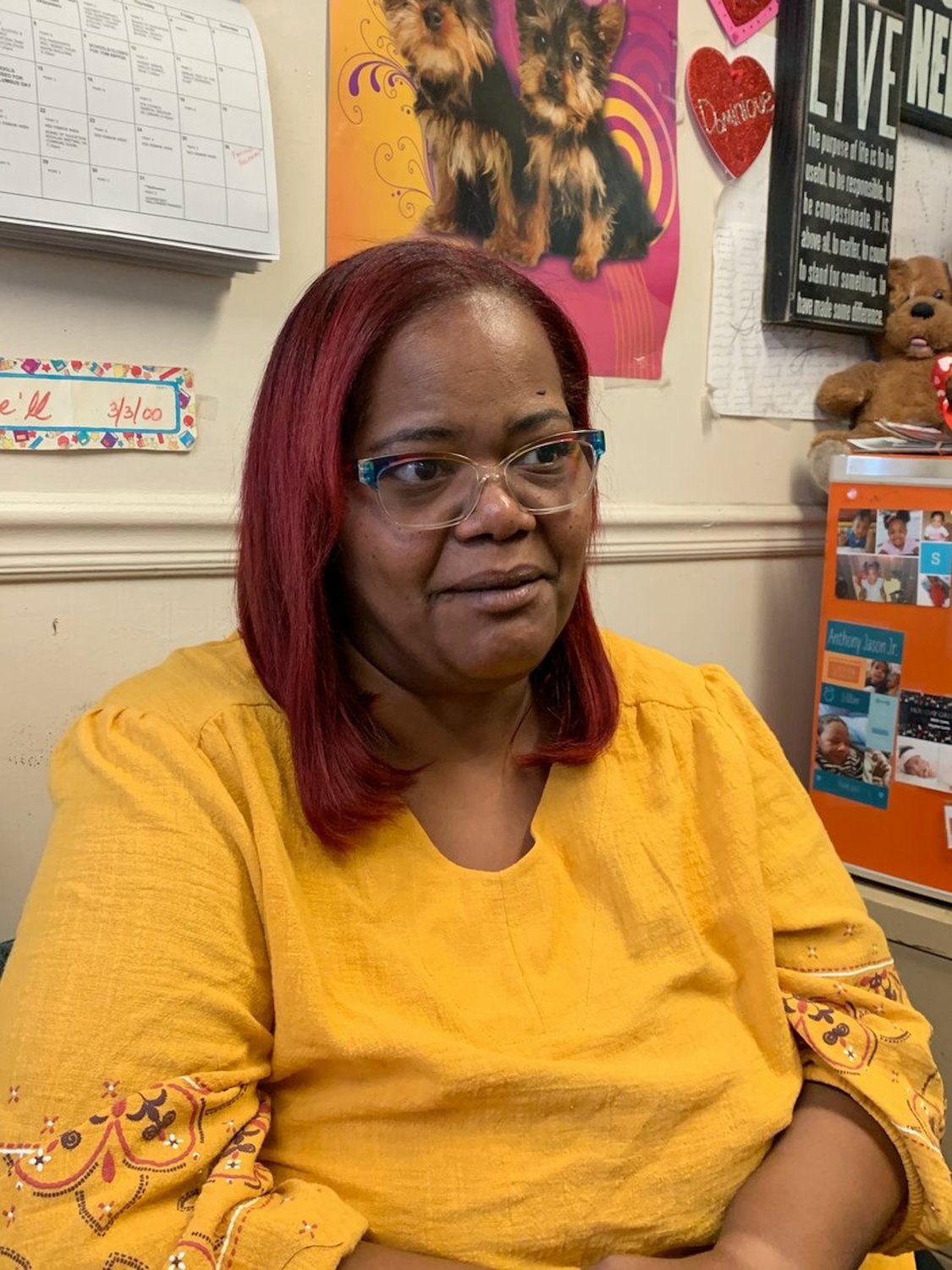 Sharon Sheppard, assistant director of the MLK Jr. Center, continues to provide food and resources to others while battling cancer herself.
Courtesy Sharon Sheppard 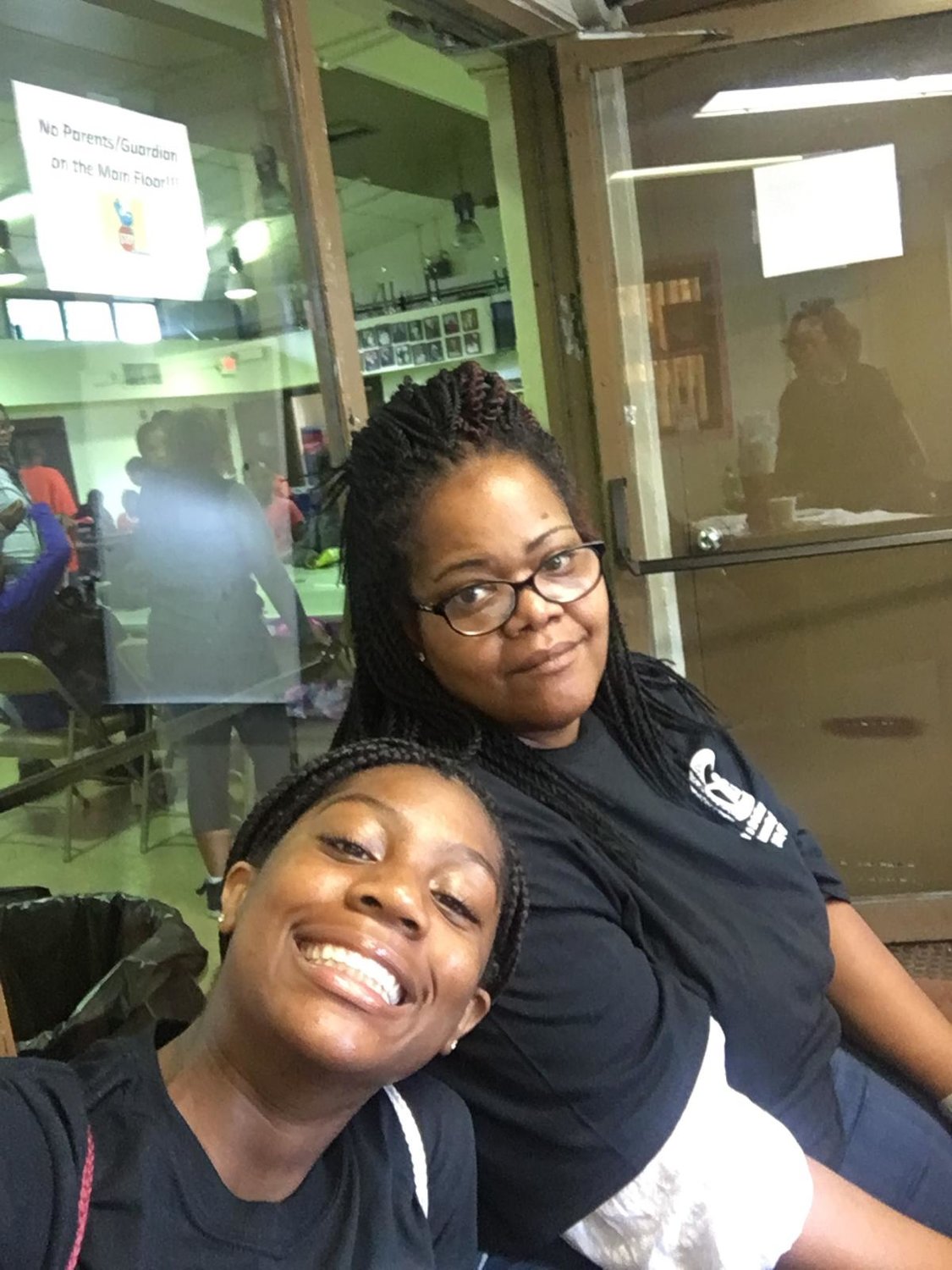 The coronavirus pandemic has left many people isolated and financially burdened for almost two years. It has been harrowing for those who have lost their jobs to try to cover all of their expenses, from rent to utilities and, most important, food. For those struggling in Rockville Centre, Sharon Sheppard has offered a food pantry and classes for youth that have kept many people afloat, and engaged.

For her efforts, the Herald is proud to name Sheppard its 2021 Person of the Year.

Rockville Centre has been Sheppard’s home since her family moved to the village from Hempstead when she was 12. She is a graduate of South Side Middle School and South Side High. Now 54, she was a nurse at North Shore University Hospital in the 1990s, but has been working at the Martin Luther King Jr. Community Center for over a decade, having started as a volunteer, writing business letters to help local residents seeking employment. In 2012, she became the assistant director of the center.

Sharon’s Food Pantry, renamed for its founder in April, has become an essential service for many in the village, and now feeds more than 90 families a week. Each Friday morning at the community center, on North Centre Avenue, food paid for by Sheppard and the Rockville Centre-based Anti-Racism Project, which partnered with her to start the pantry in 2020, is distributed supermarket-style. Those who are in need of food can simply walk around, choosing what they need, instead of receiving a uniform care package. They can find milk, eggs, bread, fresh vegetables, canned goods, cereal, toiletries and even winter coats.

Though the facility is frequently brimming with food donations at Christmas, Passover and Easter, there is typically a “significant drop” afterward. So the pantry and the Anti-Racism Project reached out as well to Island Harvest, the largest hunger-relief organization on Long Island, in the past to receive donations.

Residents can make donations to Sharon’s Food Pantry by dropping off items at the MLK Center, at 150 N. Centre Ave. #2, on Friday mornings between 8:30 and 11, or at the Anti-Racism Project, at 30 Seaman Ave., anytime. Monetary donations, in the form of checks, can be sent to the Anti-Racism Project address. All donations go toward the purchase of meat, produce and other food items. For more information, email antiracismprojectli@gmail.com.

Rena Riback, founder of the Anti-Racism Project, started working with Sheppard on the pantry in March 2020, at the onset of the pandemic. “She really is the heartbeat of the community there,” Riback said. “She knows everybody that comes to the center, who needs what and where the help needs to go.”

Sheppard credited her sister, Karen Mobley, who helped run the pantry while Sheppard was recuperating from chemotherapy sessions as she battled breast cancer, and MLK Center Director Patrick Morris for continuing to expand the center’s programs and outreach this year.

Morris has seen Sheppard’s efforts evolve over the past decade, and said that her patience, dedication and sense of humor have greatly benefited the community. “Sharon has one of the best laughs ever, and she will keep a smile on your face all day,” Morris said. “She comes in at 7 a.m. and works 12 hours without getting paid for that extra time. A lot of the kids call her Aunt Sharon.”

In addition to the food pantry, Sheppard has also established a cooking academy to go along with tutoring, photography, dance, and arts programs at the center this year. The academy is a labor of love for her, because cooking, she said, is one of her great joys. On Thursdays she teaches table etiquette to a couple of dozen local young people as well as how to prepare healthy food.

“Sharon is one of the most generous-hearted people I’ve ever met,” said Ginny O’Sullivan, of the nonprofit the RVC Friends of MLK. “She has this powerful desire to help others. She reaches out to kids and adults, but she listens with a very open heart, and the world really is better off with Sharon Sheppard in it.” O’Sullivan, who taught at Wilson Elementary for three decades, is now helping with the MLK Center’s photography class.

In April 2020, Sheppard told the Herald how much giving back meant to her.

“It’s always been my passion to help people, whether they are well or sick, it’s just a natural instinct for me,” she said. “If I can help these families, I can rest that night.”

Amid all of her work, Sheppard has endured chemotherapy and experimental treatments for breast cancer. She received the diagnosis in July 2020, also learning that the cancer had spread to her liver, thyroid, lungs and bones. A clinical trial and chemotherapy this year helped clear the cancer from her liver and lungs.

“The kids give me inspiration,” she said. “Coming to work and having the kids around helps me fight even more.”

“That was most important program to me,” Sheppard said of the screenings.

Emma Travers, also of the Friends of MLK, called Sheppard a “force of nature,” citing her ability to get things done when she sets her mind to it. “She’s an example for all of us,” Travers said.