South Side cruises into semifinals 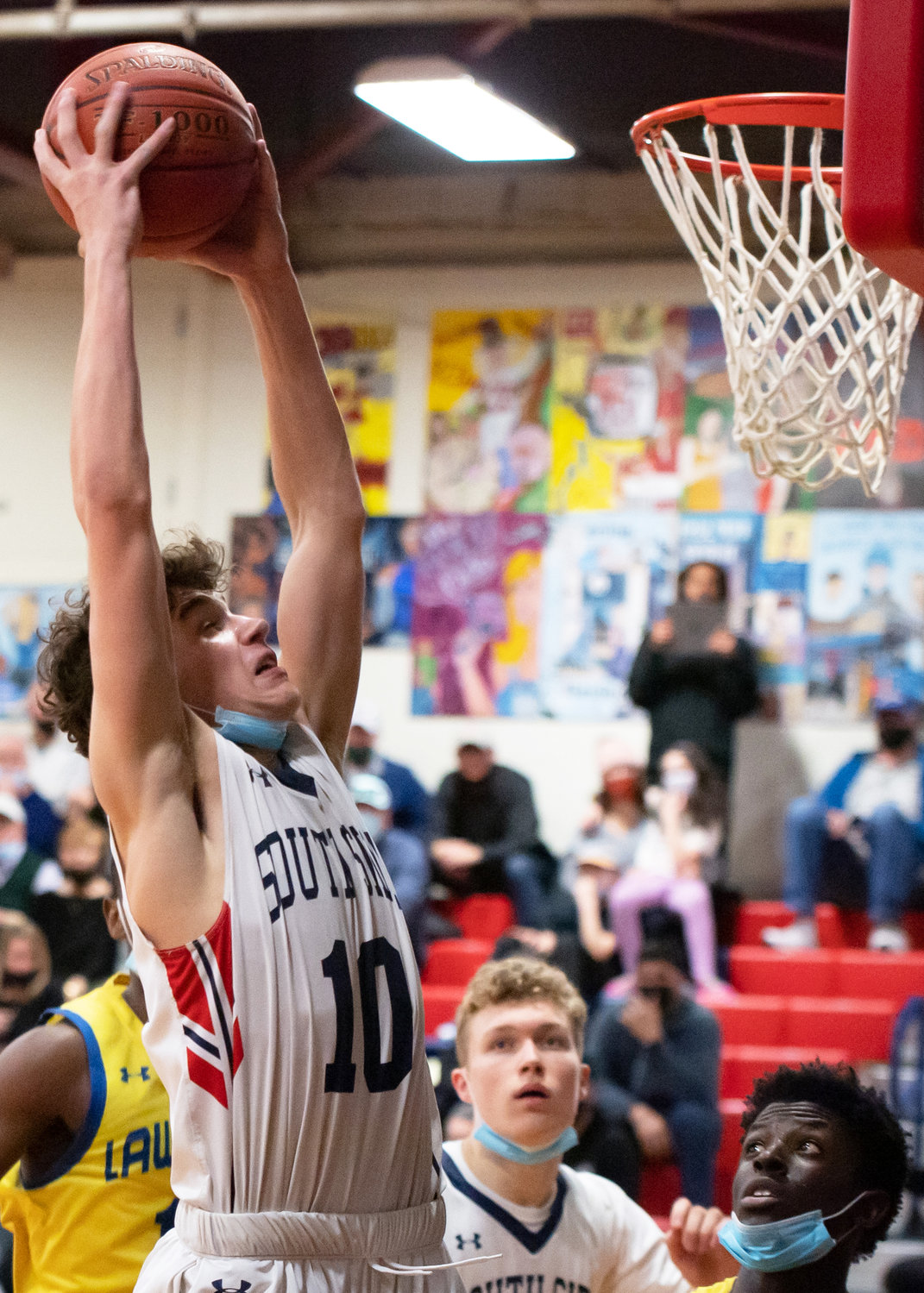 For the second time in as many playoff games, South Side made an early statement and never looked back in a convincing victory.

The fifth-seeded Cyclones scored the first 10 points of Wednesday’s Nassau Class A boys’ basketball quarterfinal at No. 4 Floral Park and dominated all facets on the way to a 61-29 blowout road win before a standing-room-only crowd.

“We really try to preach defensive intensity and being active with our hands,” South Side head coach Jerry D’Angelo said. “Offensively, I thought we did a really nice job especially with rebounding in the first half. We didn’t shoot particularly well, but we gave ourselves a lot of second and third chances.”

The Cyclones, who rolled past Lawrence 64-36 in the first round last Friday behind junior James Bivona’s 18 points, will face top-seeded Manhasset in the semifinals March 1 at Hofstra. The other semi features No. 3 Garden City and No. 10 Valley Stream North.

Manhasset has won 21 of 22 games and defeated South Side twice during the regular season on the way to winning the Conference A-III title with a 14-0 mark.

“They’re the top seed for a reason,” D’Angelo said of the Indians, who sent Jericho and Plainedge packing so far. “They’ve got great size and in both games we played them, there was one quarter where they just pummeled us. We need to play our best and we need to play consistent.”

South Side’s last 64 minutes has been nothing short of spectacular, so it heads into the semifinals playing arguably its best basketball of the season. Murphy and Bivona hit treys, senior Robert Pericolosi a pair of free throws, and Schwartzberg a putback to open the floodgates early at Floral Park. The Cyclones scored in double digits in every quarter while limiting the co-Conference A-IV champion Knights (16-4) to no more than 8 points in any quarter.

“We made a concerted effort coming into someone else’s gym to try to match their intensity, and I think we did,” D’Angelo said. “Our strength is our depth. We go pretty deep every game and the kids push each other every day in practice.”

The Cyclones led 16-6 after the first quarter, 31-14 at halftime, and 49-22 entering the fourth after Schwartzberg (8) and Murphy combined for 14 third-quarter points. Chris Naronis led Floral Park with 16 points.

“We out-rebounded them and hit some big shots,” said Pericolosi, who had 10 points in the first-round playoff win over Lawrence. “We still have to work on rebounding and shooting going into the next game. Both times we played Manhasset, we didn’t shoot well.”