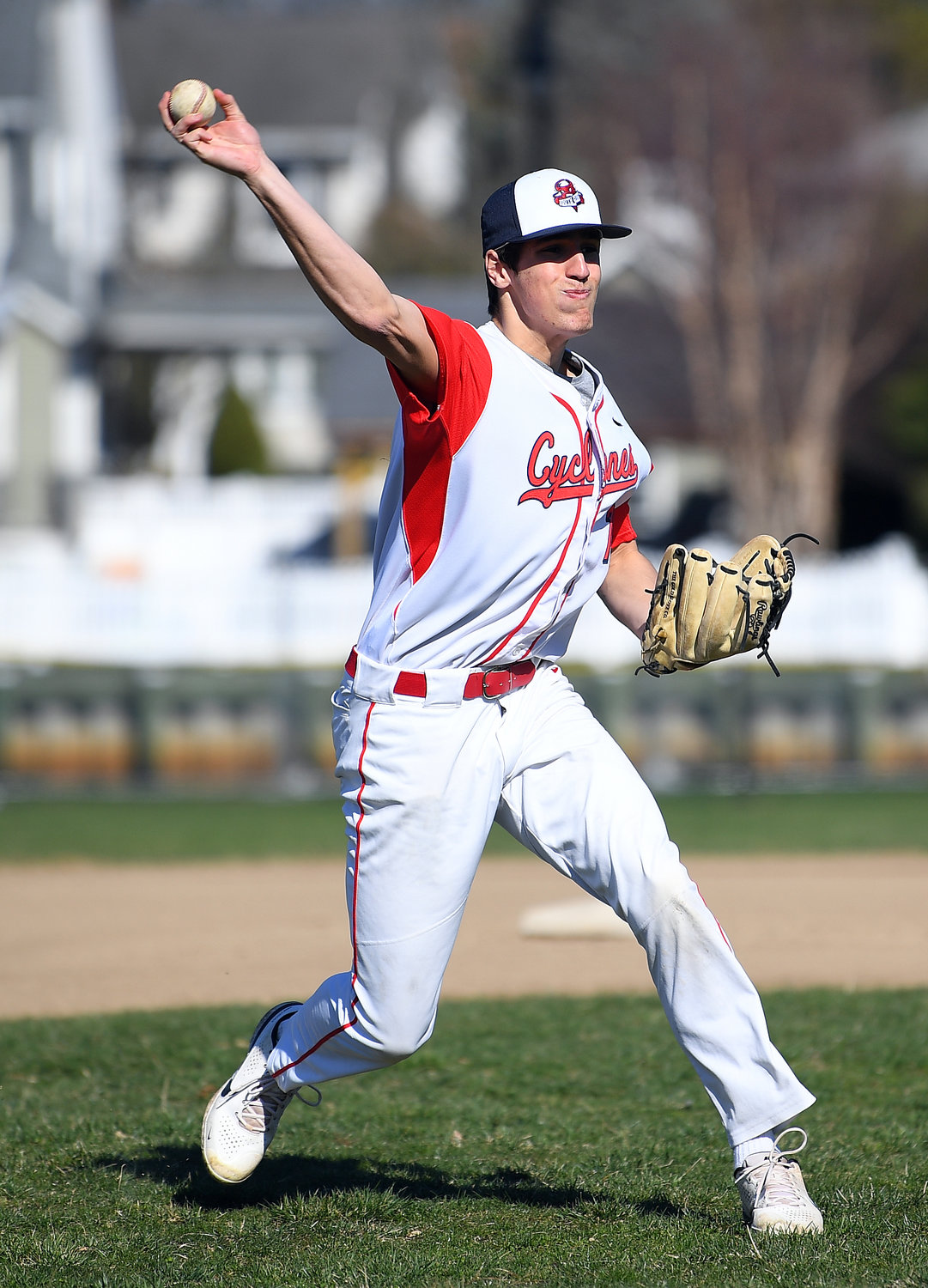 Two teams this season know how it feels to win a baseball game against South Side.
That same pair of ballclubs – Division and Valley Stream North – can attest to the fact that glory is fleeting. And that there can be a steep price to pay for stirring up the first-place Cyclones.
After both of its losses this spring, defending Nassau County Class A champion and Conference 3-leading South Side (14-2) countered with knockouts the ensuing game to seal the rubber match in each series – swatting a season-high five home runs on April 8 to chasten rival VSN 12-2 in 4 ½ innings on the mercy rule, and likewise dispatching league foe Division 12-1 in five innings April 28.
“I guess we were maybe kind of angry after losing,” admitted South Side coach Tom Smith, whose club last season came within two runs of taking the Long Island title, outdueled in the Class A championship game, 3-1, by Newfield. “Not angry at the other team, angry at ourselves.,” he added. “We let ourselves beat us. But we came back the next game and took the aggression out.”
At 5-0 on the season, with 50 strikeouts in 34 innings and a 0.79 earned run average, Cyclones senior righthander Andrew Fingelton has not let anyone beat South Side – and has unloaded at the plate to the tune of a team-leading .432 batting average, with three home runs and a team-high five doubles. The All-League part-time first baseman has driven in 21 runs, sharing the club RBI lead with junior shortstop Robert Pericolosi (.429 avg.), whose four homers are tops in A3 and tied for third-most in Nassau.


“I can’t say enough about the year Andrew’s having as a senior, on the mound and as our cleanup hitter” Smith said. “He’s hitting everything. Robert Pericolosi is one of the most natural hitters I’ve coached. His ability to see pitches and work counts sets the tone for our entire lineup.”
Two-way junior righty and utility man Chris Rosenbaum is third on the club batting .345 with three home runs, while maintaining a 1.91 ERA in relief and playing infield/outfield as needed. Junior Sean Britt (.311, 3 HR, 16 RBI), a converted left fielder, has nicely managed South Side’s expansive staff in his first season at catcher, while fellow All-County honoree TJ Maher (.310, 2 HR, 13 RBI) – a senior former pitcher – has transitioned no less smoothly into the role of everyday outfielder.
Having made no bones about his club’s aim to claim back-to-back county titles, Smith said South Side’s postseason rotation has taken shape as the regular season winds down, with first-year junior Justin Peralta – a .318-hitting outfielder/pitcher – promoted from the bullpen after a string of strong outings in scrimmages. The righty (2.14 ERA) has gone 2-0 in starts. “Justin has emerged as a powerful starter,” said Smith. “It’s a huge change that’s carrying him and our team to a lot of success.”
At Herald Press time, South Side’s magic number was 1 to clinch its second-straight conference championship, with two games left in its closing A3 series against third-place Bethpage.