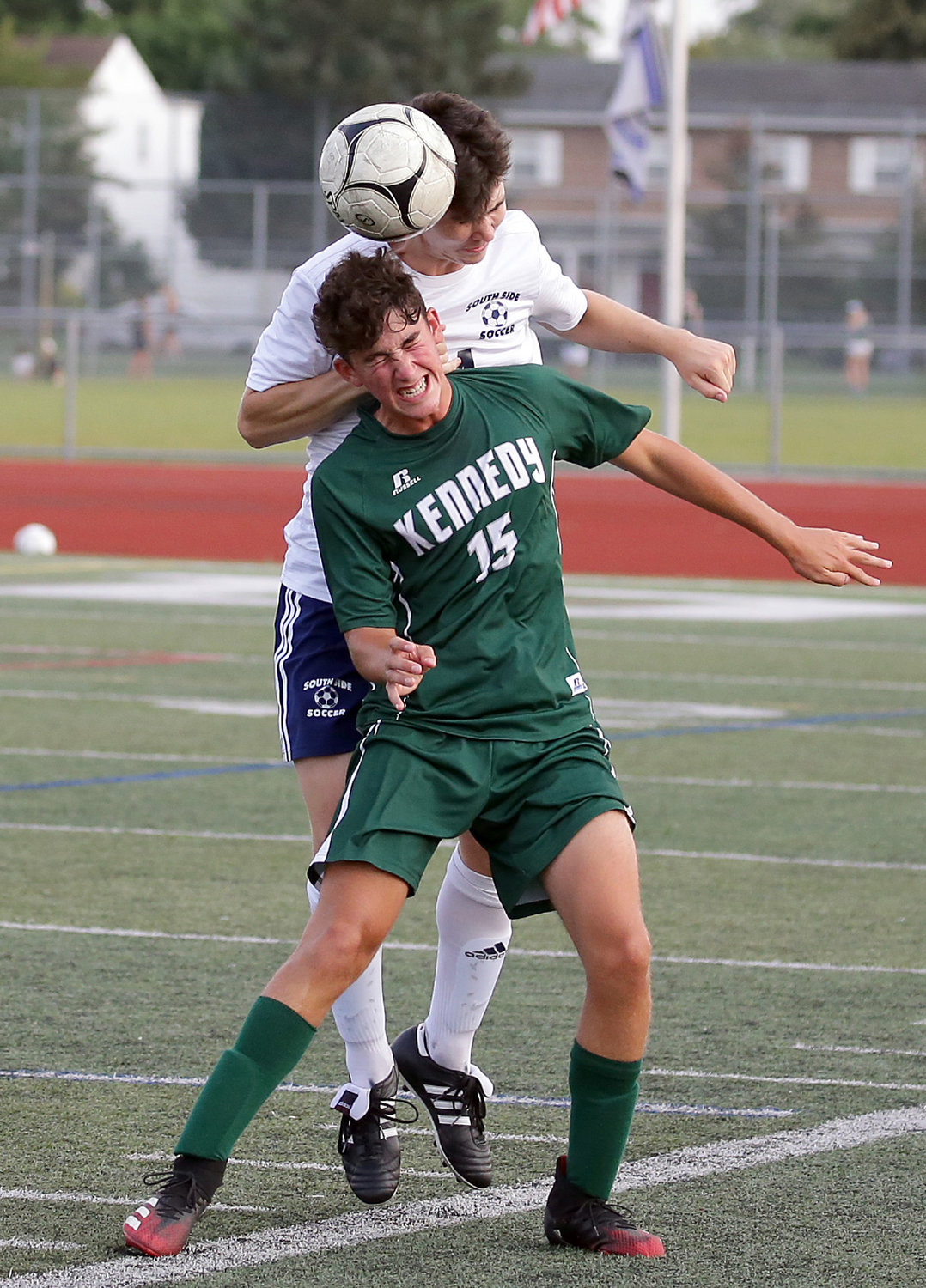 The 1991 South Side High School graduate and soccer standout landed his “dream job” coaching the Cyclones after recent stints at the helm of Sewanhaka and Elmont, as well as SUNY-Old Westbury from 2016-2018.

His first game on the South Side sideline didn’t come without drama, as Division scored twice while playing a man down Sept. 10, but the Cyclones held on for a 5-3 road victory in the Conference A-III opener for both teams. Sophomore Stephen Nelson had two goals and senior Christian Iacobellis notched the eventual game-winner.

“I went to South Side and played here so it’s exciting,” Corvetti said. “We have a large roster and high-character kids. We had an encouraging scrimmage against Oceanside and offensively we played unbelievable against Division. We probably could’ve had seven goals if we finished just a little bit better, but we’ll take it.”

The Cyclones, who led 3-1 at halftime, increased their lead early in the second half before the Dragons showed their resiliency despite losing a player due to a red card and got within 4-3. “We got way too comfortable and to their credit, they played hard,” Corvetti said. “Some of the little things we didn’t do well are fixable for sure.”

Senior Chris Hallick and junior Ryan McNicholas also scored for South Side, which features a roster that’s 25-deep. “It’s the biggest team I’ve ever coached but we’re going to go deep into the bench,” Corvetti said.

Nelson and McNicholas work in the center of a talented midfield and Corvetti believes both are capable of playing at an All-County level. McNicholas sometimes moves up front to join junior Gavin Goodlad, who plays at a fast pace. “Stephen and Ryan are creative and skillful and dangerous around the goal,” Corvetti said. “We play with five midfielders but they can attack at any time.”

Senior middie Lukas Anisansel is a captain and someone the coach said made his transition to the program easier with his leadership qualities. “Luke has size and skill and is a true leader,” Corvetti said. “He ran practices with the other captains from 6 to 8 in the morning during the summer and did a great job getting all the guys on the same page.” Iacobellis and fellow senior Natan Rubin are starting outside midfielders, while junior Danny Walter brings a high-motor to the center.

Senior center-back James Fahey and senior goalkeeper Brian Livingstone are the other captains. Fahey was Honorable Mention All-County last spring and a big reason why South Side went undefeated (6-0-3) in conference games. Livingstone served as the backup goalie. “James is our defensive anchor and so steady,” Corvetti said of Fahey, who leads a group that includes seniors Christian Varvaro and Daniel Silecchia, and sophomore Ryan Walsh.

In addition to Division, the Cyclones will face conference rivals Hewlett, Kennedy, Roosevelt, Manhasset and Valley Stream North twice apiece. “Our goal is to win the conference and make a deep playoff run,” Corvetti said.