Town given update on Grand at Baldwin development 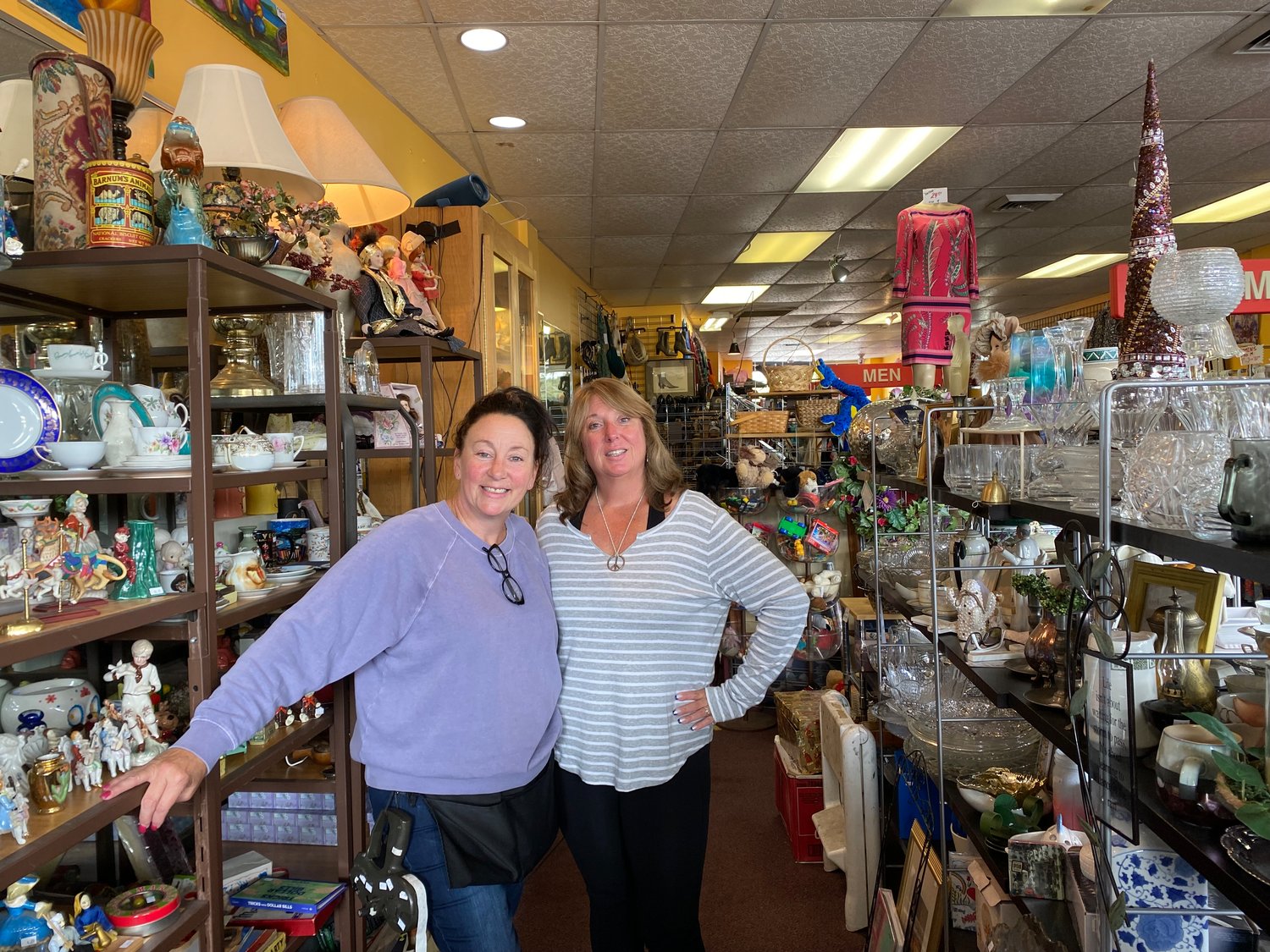 Deirdre Stammers, owner of Glorybeezzz Thrift with a Twist, with employee Liz Hastings, said she welcomed the Grand at Baldwin development because it would increase foot traffic and bring new merchants to Baldwin.
Andre Silva/Herald

I’m so excited for the start of revitalization.”
Deirdre Stammers Owner, Glorybeezzz Thrift
By Andre Silva

Many in the Baldwin community are supporting the development of a mixed-use, transit-oriented project that was the main item on the agenda of a Hempstead Town Board hearing on Monday.

The Grand at Baldwin is a proposed $100 million, five-story apartment building that would be constructed by Breslin Realty Development Corp. on the southeast corner of Sunrise Highway and Grand Avenue. If approved, it would feature 215 apartments on the second through fifth floors and mixed commercial use on the first floor.

The board scheduled another hearing for Nov. 22, at which it will assess the results of an environmental review of the proposed development.

The 1.7-acre property, at 2134-2138 Grand, is now a vacant lot used for parking by a car dealer, and is directly across Sunrise Highway from the Baldwin Long Island Rail Road station.

Transit-oriented development is a type of urban planning that maximizes residential, commercial and leisure space within walking distance of public transportation. Breslin Realty said it designed the building with setbacks five to 10 feet back from the curbs along Grand and Sunrise in order to include more pedestrian-friendly elements like delineated sidewalks and planters, as well as bollards along the sidewalk to protect pedestrians from the street.

The Grand at Baldwin would have 46 studio apartments, 138 one-bedroom units and 31 two-bedrooms, with rents starting at $2,500, $2,700 and $3,500, respectively. Twenty-two of the apartments — five of the studios, 14 of the one-bedrooms and three of the two-bedrooms — would be so-called “workforce” housing, with lower rents.

Breslin Realty’s development is part of the Baldwin Downtown Revitalization Initiative — a $10 million grant awarded to the Town of Hempstead and Baldwin by the state to redevelop and revitalize the area around the LIRR station — and many Baldwin residents and businesses expressed their support for the effort to attract new residents and businesses.

Deirdre Stammers, owner Glorybeezzz Thrift with a Twist, said she had been waiting for a long time for new development in Baldwin.

“We’ve been in a state of staleness and blight for years, and I’m so excited for the start of revitalization in Baldwin,” Stammers said. “All these other Long Island towns, like Rockville Center, did their revitalizations. It’s time for ours.”

Baldwin, Stammers said, would benefit from the development by attracting more merchants, who would be keen to capitalize on an increase in foot traffic. It would also increase the housing supply in Baldwin, she added, directly benefiting young Long Island residents, who as things stand, “can’t afford a thing,” Stammers said. “… With more housing, maybe life in Long Island can be more affordable and we can keep our young people here.”

Genaro Lopez, owner of New Old Venice Inn, and Brenda Khabie, owner of Ultra Lanes Baldwin Bowl and Lounge, said they, too, would welcome the new development. “It will bring more people into the town, where they will hopefully go bowling, go to the billiards hall and shop at the supermarket,” Khabie said. “If it adds more foot traffic and helps more businesses, why not?”

At a Chamber of Commerce meeting on Sept. 14, Mahler said that organization members enthusiastically supported the development of the Grand at Baldwin. “It’s been so long since anyone has built anything in this community,” Mahler said.