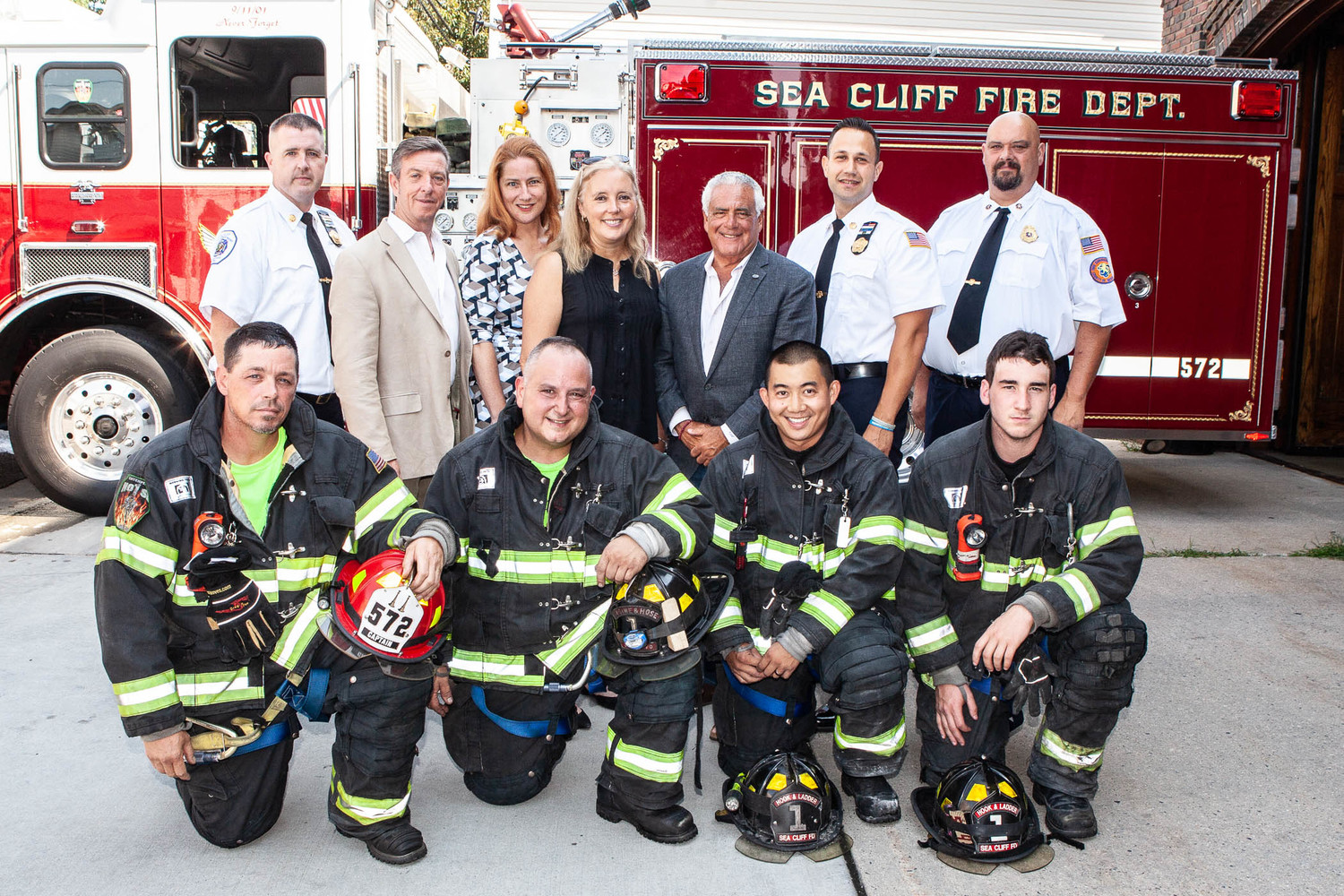 The Sea Cliff Fire Department was recently awarded a $15,000 grant by the Nassau County Community Revitalization Program, which will be used to upgrade radio equipment that members rely on to serve and protect the public. The grant was secured by County Legislator Delia DeRiggi-Whitton, a Democrat from Glen Cove.

“This grant is very important,” DeRiggi-Whitton said. “In an emergency situation, firefighters need to be able to communicate with each other.”

The funding, which was authorized by the Revitalization Program in a meeting of the full Legislature on Aug. 6, will be utilized to replace an outdated repeater antenna on the firehouse roof with a newer version that is better equipped to handle fire department’s radio frequencies.

The technology will effectively improve radio communications between Sea Cliff and its neighboring departments, according to Sea Cliff Fire Chief Mark Vitale.

“Due to the terrain of the area we experience dead spots and drop offs when trying to communicate with each other,” Vitale said. “The old system wouldn’t necessarily work all the time.”

Vitale said that when firefighters would dispatch the station from certain areas in the village, the poor reception would occasionally obstruct calls from getting relayed to the firehouse. Similarly, when a neighboring district, such as Glen Cove, would dispatch department members to respond to a scene it was sometimes difficult to hear the orders coming from the other end of the line. “With this technology we will be able to have a more sophisticated and reliable source of communications,” Vitale said.

DeRiggi-Whitton said it took four years to secure the grant from the county, who will reimburse the village for the equipment purchases. “The village was happy to do it,” she said, adding, “We really like to make sure our first responders get whatever they need, and it’s important for people to realize that the fire department is on top of making sure they have everything they need.”

Vitale said he and the legislator would be meeting soon to discuss new opportunities for upgrades to the department, such as a cardiac monitor for the ambulance, which would assist members in responding to cardiac and respiratory arrests. The going rate for a single monitor is $35,000.

“The goal is to bring newer, lifesaving technology to the department,” Vitale said, “and we thank Delia for her continued support and efforts for getting us equipment throughout the years,”