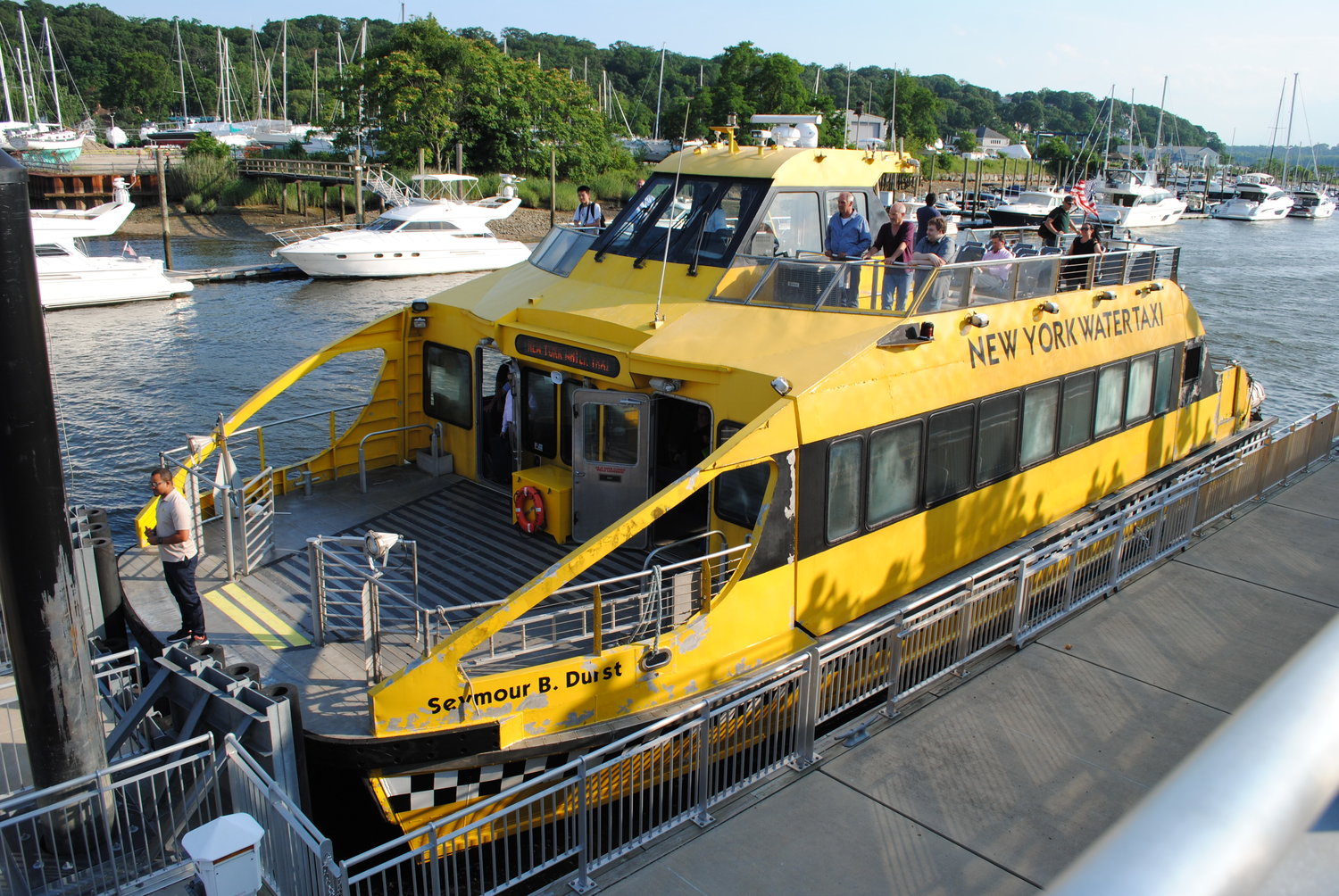 We need to run a ferry that is going to be a success, we don’t want to take on this huge endeavor and have it be a failure.”
Pamela Panzenbeck, mayor, Glen Cove
By Roksana Amid

Mayor Pamela Panzenbeck wants to gauge the post-pandemic demand for a commuter ferry service out of Gravies Point for the $17 million ferry terminal, which has remained empty for six years with no service. Since Oct. 12, the city has been conducting an online survey to measure commuter interest in service to Manhattan. As of Nov. 3, the city has received over 1,000 responses from North Shore residents both for and against prospective ferry service.

The survey looks to gain insight on demographics of potential commuters, including their age, occupation, preferred drop-off point in Manhattan, level of support for the service, town of residence of those taking the survey, preferred timetable for morning commuters and frequency of commute to Manhattan. The survey is also looking to measure additional factors that commuters would weigh against the Long Island Rail Road such as cost, amenities and available connections to other parts of Manhattan.

The recently passed budget cut $2.2 million in ferry operations that was part of the 2022 budget, which has mostly gone unspent because the ferry isn’t operating. If the terminal is not used, Glen Cove could be required to pay back the entirety of the federal grant.

Sea Cliff resident Jon Lauter cited concerns he had with the city’s feasibility study available on the city hall website.

“Assumptions were flawed, like the one saying the LIRR takes 90 minutes,” Lauter said. “As bad as the LIRR is, it’s an hour plus or minus a few minutes depending on the train.”


Lauter theorized that the ferry wouldn’t be as fast as the railroad and that potential drop-off locations wouldn’t be as convenient as Penn Station or Grand Central.

“It can’t ever be cost competitive with the train,” Lauter said.

In a city council meeting on Oct. 25, Councilman Joseph Capobianco noted that it’s difficult for the city to get an operator for the ferry at a reasonable cost. Operators don’t want to partner with the city because of uncertain revenues. he added.

The city has met with the Department of Transportation to update the progress of ferry operations and has been granted extensions for service because of low ridership to Manhattan during the pandemic and current hybrid work schedules.

“We need to run a ferry that is going to be a success,” Panzenbeck said. “We don't want to take on this huge endeavor and have it be a failure.”

Panzenbeck said that because of the city’s convenient access to water she would love to have an operational ferry. She' staying positive about the North Shore community’s overall response to future ferry operations.

Panzenbeck added that the city needs to make a viable attempt at running the ferry for two years to alleviate the city’s debt. She anticipates future ferries would hold roughly a 150-person capacity, compared to the 60-person capacity ferries that ran in 2017 during the Metropolitan Transit Authority’s “summer of hell,” caused by track work on the LIRR which interrupted train service.

The city however doesn’t have a specified deadline for the survey. It will be available until enough responses are received for the city to feel confident to operate ferry service. Ann S. Fangmann, executive director of the Glen Cove Community Development Agency, said the cutoff date and quota is yet to be determined. The city is working on additional outreach efforts with Hornblower Metro Ferry, LLC to further advertise the survey.

Fangmann speculates that the ferry will be running in 2023.

“The best-case scenario, the ridership numbers looks like we would run some type of service with Hornblower.” Fangmann said. “It'll take us a year to put together an operations plan to be able to procure a boat.”

Ferry service could potentially run in the spring of 2024, she said, with revenue generated through ticket sales which would be collected through a fare box model.

Sea Cliff resident Karen O'Mara Swett has a neutral stance on prospective ferry operations but remains concerned over the ferry’s previous service in 2017.