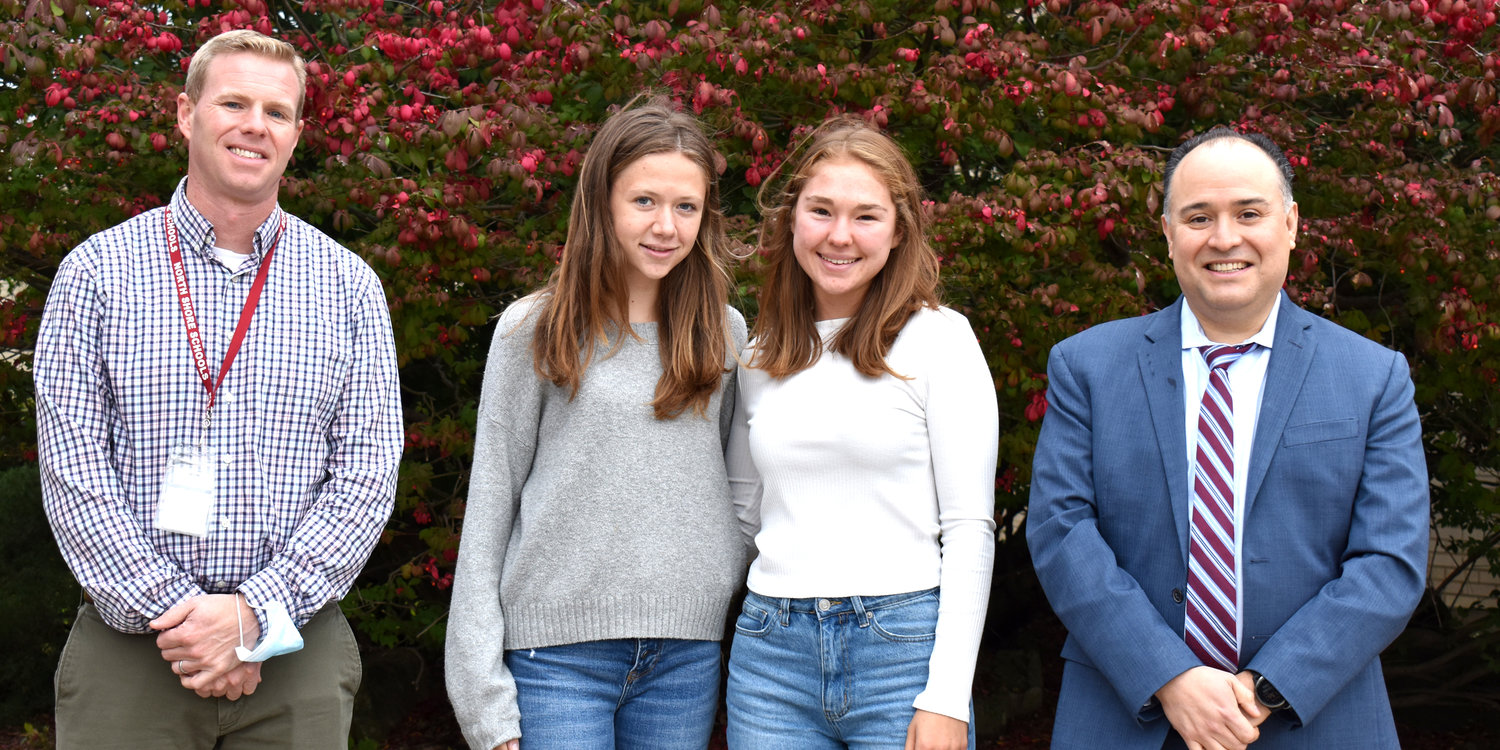 The North Shore School District has named the valedictorian and salutatorian for the class of 2022.

Valedictorian Kate Gilliam began her North Shore roots as a student at Glenwood Landing School. Her academic achievements include being the recipient of the Harvard College Book Prize, and being recognized as a Rensselaer Polytechnic Institute Medalist, and National Merit Commended Student, all in 2021. Gilliam has been a member of the National Math Honor Society, Mu Alpha Theta, the National Social Studies Honor Society, Rho Kappa, and the World Language Honor Society. Additionally, she was named North Shore High School Technology Student of the Month and received the North Shore Middle School Principal’s Excellence Award for maintaining a Perfect GPA throughout all three years of middle school, as well as the North Shore Middle School American Legion Award.

Gilliam’s athletic achievements are extraordinary; she has been a six-year member of the North Shore Varsity Lacrosse Team, was named a U.S. Lacrosse Academic All-American, and All-County, and received the North Shore Varsity Coach’s Award, as well as the Fran McCall Unsung Hero Award. Gilliam has already committed to playing Division I Lacrosse at Harvard University next fall. She is also a four-year member of the varsity basketball team and a three-year member of the varsity cross country team. Gilliam is a nine-time New York State Scholar Athlete Award recipient.

“It is a true honor to be named Valedictorian,” Gilliam said. “I hope to inspire other young girls in the community to pursue their academic and athletic dreams; with hard work, they can come true.”

Gilliam is a representative on the North Shore High School Wellness Committee and Athletic Advisory Committee, as well as a member of the Viking View newspaper, a volunteer at NOSH, and a North Shore Lacrosse Club volunteer coach.

Emma Nelson, North Shore’s salutatorian, was also an elementary student at Glen Head School. She is the 2021 recipient of the Bausch and Lomb Science Award from the University of Rochester and a 2021 Recipient of the Colorado School of Mines Medal of Achievement in Math and Science. Currently, Emma is enrolled in all IB and AP classes. She is a member of the National Social Studies Honor Society, the Science National Honor Society, and World Language Honor Society.

“I am proud to be North Shore’s class of 2022 Salutatorian,” Nelson said. “I want to thank North Shore for providing me with the opportunity to succeed not only academically, but also athletically and socially. I will forever cherish my days as a Viking.”

Her athletic accomplishments include being a four-year varsity field hockey starter and senior captain, an all-county field hockey player, being named in Newsday’s “Long Island Top 50 Field Hockey Players 2021, a three-year varsity women’s bowler and a member of North Shore’s spring track team. Nelson was named the 2021 MVP in Field Hockey, Bowling, and Spring Track. She is attending Bryn Mawr College in the fall to continue her academic and field hockey endeavors.

Nelson’s clubs and extracurricular activities include participating in the Lasting Legacy Field Hockey Club, where she is a coach, as well as being a peer leader at NSHS and member of the Children of the American Revolution (CAR).

“Kate and Emma represent our highest aspirations in the classroom and beyond; they embody our values as a school district and community,” NSHS  Principal Eric Contreras said. “In all their work, Emma and Kate bring [out] the best in others. They are intellectuals, athletes, volunteers, artists and thoughtful leaders. We are beyond proud of their accomplishments.”

"Kate and Emma are such impressive young women who have served as leaders in the classroom, on the athletic fields and in numerous other activities at North Shore High School,” Director of Counseling Dan Doherty said. “They are wonderful people who set a positive example for their peers.