Class of 1984 members continue their tradition 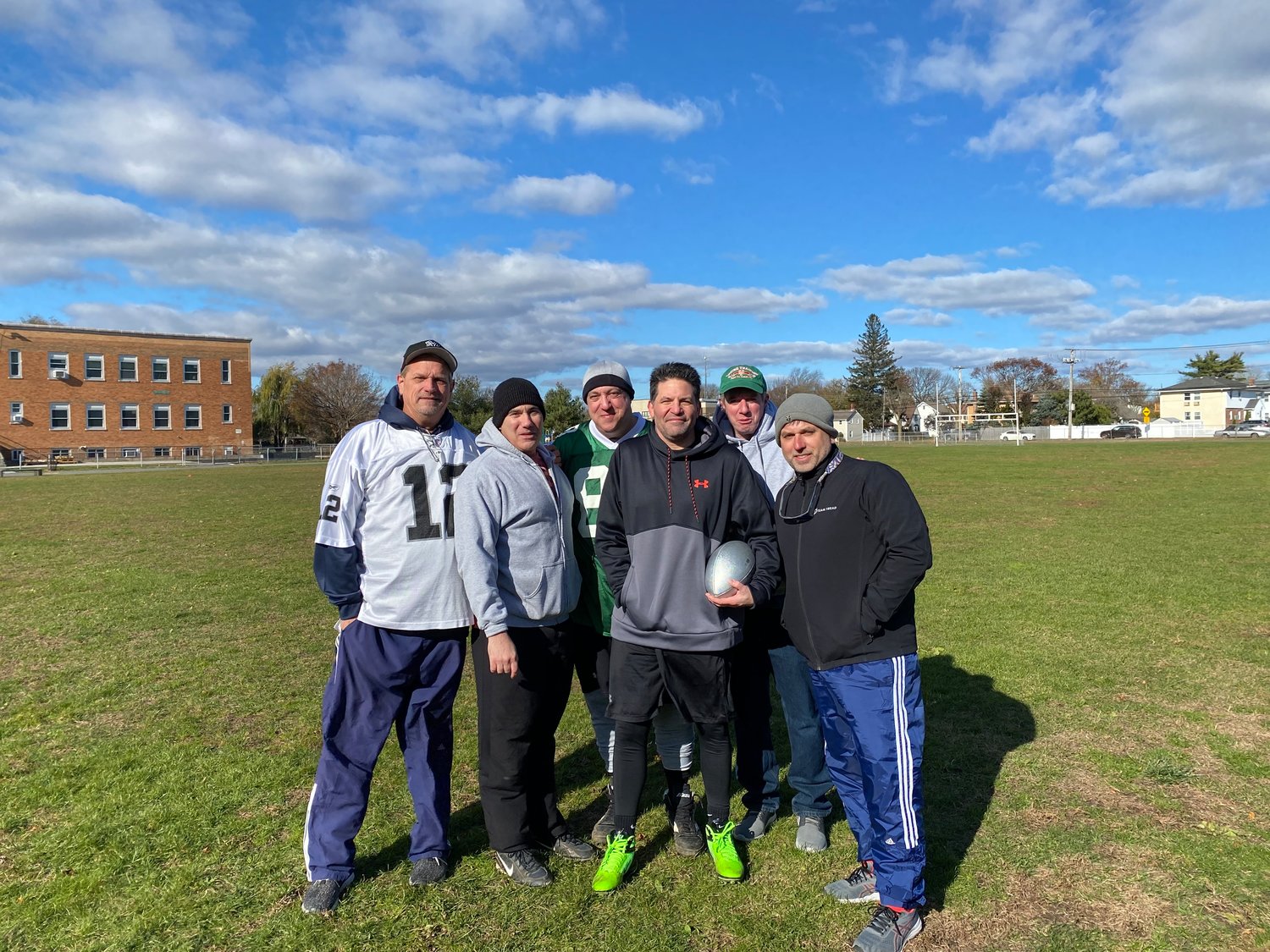 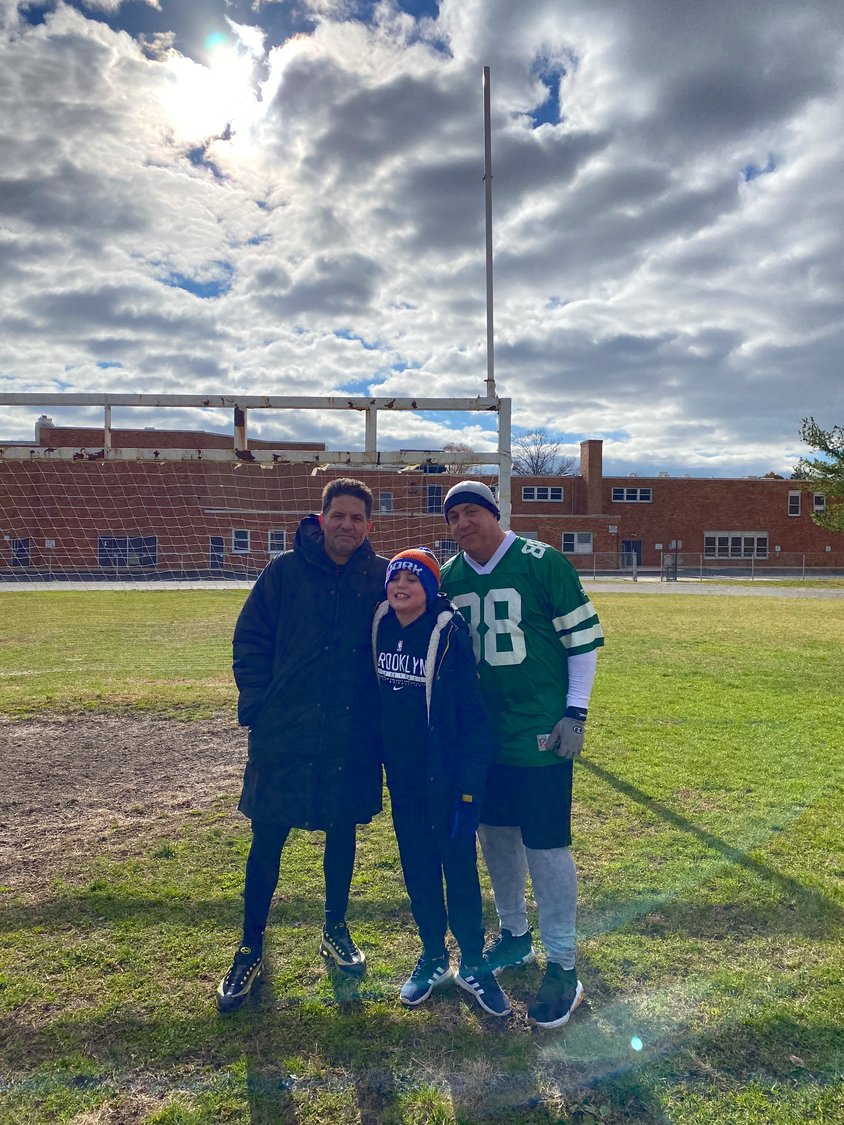 It wouldn’t be Thanksgiving weekend without football, and for each of the past 40 years, members of Oceanside High School’s class of 1984 have used the sport to keep in touch and get some light trash talking in. On Saturday, the Turkey Bowl tradition continued, with one former classmate making the trip from California.

Joe Cuomo and Mike Tricarico, both 55, attended Ocean-side High when they started the game in 1980 during their freshman year. Back then OHS was in the junior high building, which is now the site of Oceanside Kindergarten Center. The group of alumni still play the full 100 yards on the field behind the school at Merle Avenue.

“It kind of just kept rolling along, and no one ever really had the heart to stop it,” Cuomo said. “And now 40 years later, we’re here again at the same field.”

The Turkey Bowl has survived even as former classmates went away to college, started careers, moved away and grew older. The game has turned into a multi-generation affair the past few years, with family of class of 1984 regulars helping to bolster their numbers. Incredibly, the group has only missed one year since the game’s inception during Cuomo and Tricarico’s first year at law school at St. John’s.

The new generation of players makes up about half of the players now, and the founders are fine with that. “Someone like myself will probably only look to play on offense, catch one pass, step off the field and be happy I didn’t break anything,” Cuomo said. Cuomo, dressed in a Jets green Al Toon jersey, got his safe catch on the first drive of the day. Originally a tackle football game, the Turkey Bowl has turned into two-hand touch.

“It used to be that if you weren’t playing and you were on the sidelines that you were excited to get into the game. Now it’s like, ‘No, you guys stay out there a little longer,’ “Tricarico joked.

One alumnus who made a catch in a little riskier fashion was Dan Pohevitz, 55, who came all the way in from California just for the game. He managed a diving catch for a touchdown, getting his white, Rich Gannon Raiders jersey dirty. “The friendships are really what got me back out,” Pohevitz said. “I always told them I would come back, but life happens.”

Pohevitz was part of the original few games, but was not able to make it back until last year. The San Fernando Valley resident, whose wife’s birthday is on Thanksgiving, encouraged him to return for the anniversary event this year.

Pohevitz said he did not know that the group continued the game after college until they started a Facebook page for it a few years back. And part of the reason the game has had that longevity is owing to the Murray family providing bodies for the game. Tom Murray, 55, and his sons Liam, 25, and John, 27, as well as four of his nephews have been a fixture of the Turkey Bowl for decades.

“Every year it’s less about the game and more about connecting,” Tom Murray said. “It really is a love-fest, and everyone has great hearts, and you just get to love these guys more and more each year.”

Liam and John Murray have been coming to the game since they were toddlers. John said they used to watch from the playground, and that playing in the game for the first time was his “initiation into manhood.”

Family of the players keep track of the game’s stats and take video to be cut together and posted to YouTube and their Facebook page.

After sprinting across the field for most of the morning, the players and their families go to a local restaurant, this year EGP on Long Beach Road in Oceanside, and talk about the game and life.