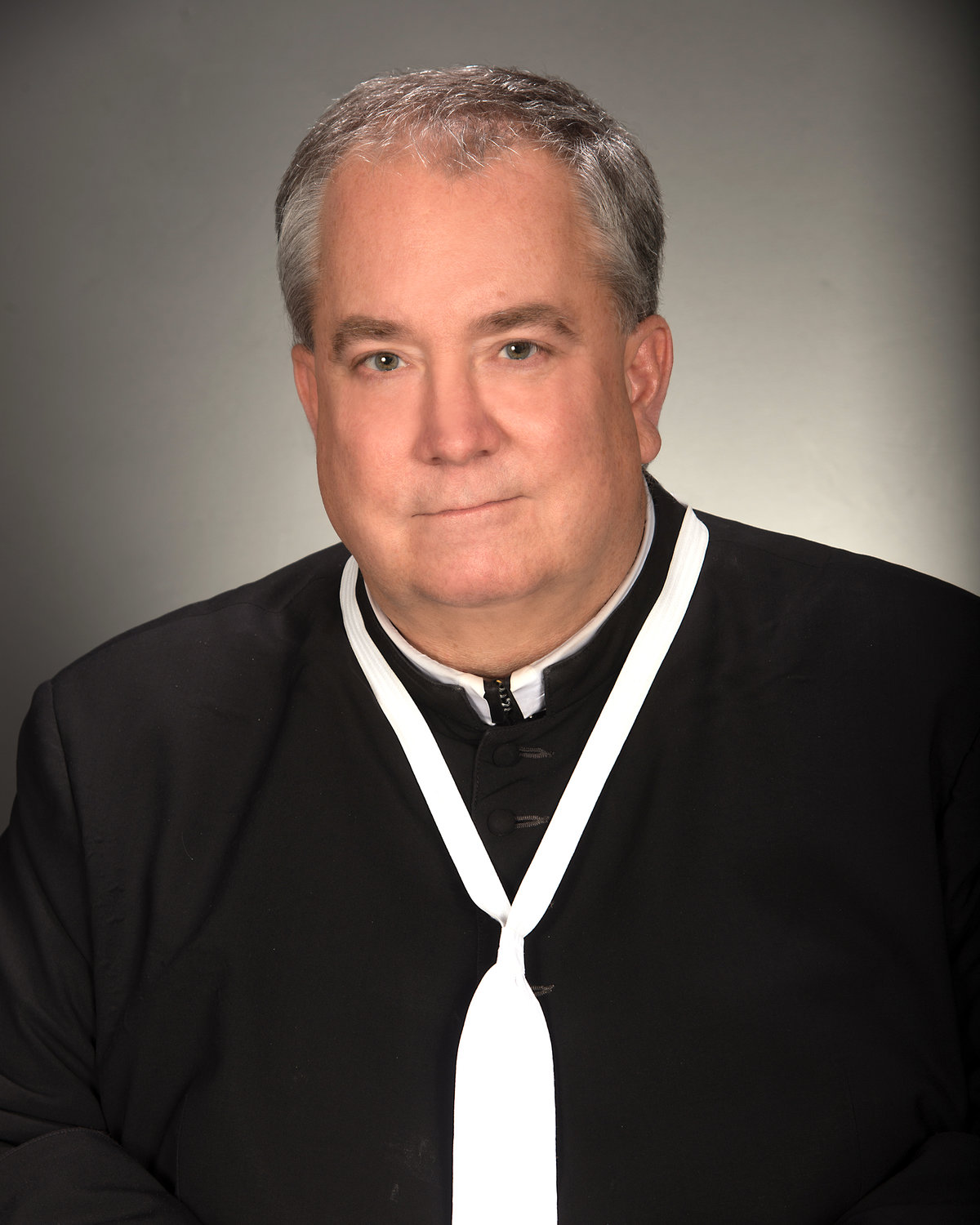 The Rev. Josef Norys has lived and worked in countries around the world, from Austria to Morocco to Borneo.
Courtesy Father Josef Norys

He’s been very supportive of all our programs and endorsing social life.”
Eileen Krieb, business manager, Saint Boniface
By Will Sheeline

If someone had told Josef Norys as a young man that he would someday be the pastor at Saint Boniface Martyr Church in Sea Cliff, he probably would have said that there was no way he’d end up a priest.

But over the course of a long life spent traveling the globe, Norys rediscovered his personal relationship with God, and now intends to bring his own experiences of life, priesthood and service to others to his new parish.

Norys was the son of a Naval officer and grew up in a number of U.S. Naval bases around the country and the world. Born in Kenitra, Morocco, in 1966, he would live in Rhode Island, Hawaii, California, Virginia and Japan.

Despite the traveling, one constant in his life was attending Mass every Sunday with his parents, both of whom were Polish-American Catholics from Chicago. Norys recalled that as a boy, he and his younger brother often had to be dragged out of bed by their father to attend Sunday-morning mass.

“To be honest, it was just that we were teenagers and didn’t want to go,” Norys explained. “As we got older — you know sixth, seventh and eighth grade — we started discovering the roll-over-and-pretend-you’re-still asleep trick.”

Although his father eventually stopped trying to force his sons to go to church, Catholicism was still important to Norys for the next few decades of his life, although he attended Mass less and less. After graduating from the University of Virginia with a degree in mechanical engineering, he worked for electrical distribution manufacturers and renewable-energy companies.

After working in Australia, Hong Kong and other major Pacific countries and cities, Norys returned to the United States, where he had a crisis of faith. He came to a realization that despite the good money he was making and all the traveling he did, he felt empty.

“One night I was just sitting and thinking, ‘What’s missing in my life? Why am I doing all the things I always wanted to do and I’m still unhappy?’” Norys recalled. “All of a sudden, God reached down and grabbed my heart and said, ‘I’m what’s missing in your life.’”

After a talk with his high school pastor, Norys began rededicating his life to the Catholic Church, attending masses, joining the Knights of Columbus and volunteering at a homeless center. Eventually he came to the realization that he wanted to be a priest.

He entered St. Charles Seminary in Philadelphia and began training for the priesthood. Within a year he was offered the chance to join the religious order of the Canons Regular of Saint Augustine, a group of monks based in Austria who take a more active role in their communities.

After 20 years of study and service in Austria and Rome, Norys requested a transfer back to the United States, specifically to work at the three Catholic parishes in Glen Cove of Saint Patrick’s Church, Saint Rocco and Saint Hyacinth, where he acted as the temporary director of religious education.

Since July, Norys has been working as the pastor at Saint Boniface, and so far, his parishioners are happy to have him at the helm. Eileen Krieb, former village mayor and Saint Boniface’s part-time business manager, explained that while people are often afraid of change, particularly after the pandemic, Norys has proven that change can be good.

“He’s been very supportive of all our programs and endorsing social life,” Krieb said. “He’s bringing new energy, and I think it’s the perfect timing because, you know, we were kind of in a slump after the pandemic.”

Parishioner Jonathan Kavanagh, a lector at Saint Boniface, emphasized how amiable Norys is and how much of an effort he has made already to get to know his new parish.

“He’s really personable, you know, and he does a good job of not just communicating, but listening to you as well,” Kavanagh said. “He’s not afraid to tell you what he thinks, but he always listens.”