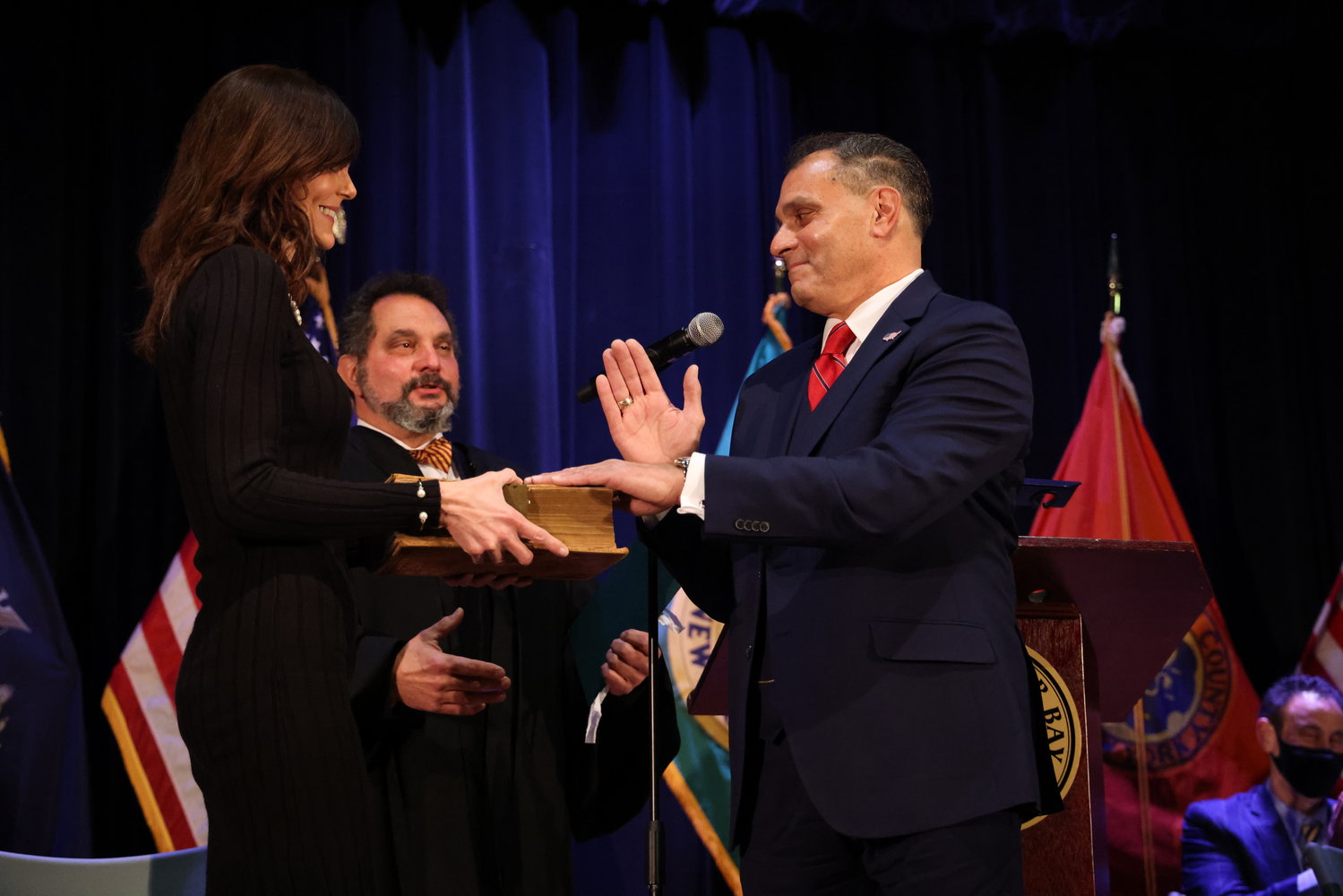 Saladino, 59, of Massapequa, was a state assemblyman for 13 years before leaving his position to lead the Town of Oyster Bay. He was appointed supervisor in February 2017 after John Venditto had resigned because he faced federal corruption charges. Saladino won in November 2017 with 52 percent of the vote. When he ran for re-election in 2019, he won by an even larger margin, capturing 59 percent of votes. In The most recent election, Saladino walked away with more than 71 percent of the vote.

“The new day in the Town of Oyster Bay is far from sunset…we are so excited about our future and continuing the great service to our residents,” Saladino said.

Supervisor Saladino and the Town Board have returned fiscal stability and trust to the Town of Oyster Bay, turning a $44 million deficit into a $47 million surplus, all while cutting taxes. Under Saladino, the town has received six bond-rating increases, including recognition by Moody’s Financial Services and Standard and Poor’s Global Ratings with an A3 and A+ rating, respectively. And in 2020, the town was removed from the stress monitoring list by the New York state comptroller’s office.

“We delivered the promise to protect your way of life, improve our parks, our infrastructure and your experience in this most beautiful Town,” Saladino said. “To magnify this accomplishment, we did it while cutting and freezing taxes four years in a row.”

Oyster Bay town Council Members — including Republicans Tom Hand, 61, a former commissioner of the Massapequa Water District; Lou Imbroto, 37, a litigation attorney in private practice; and Michele Johnson, 47, an attorney — were also re-sworn-in Wednesday. Hand was originally appointed to the post in March 2017, Imbroto in 2017 and Johnson in July 2013.

On election night this year, Johnson received the most votes, followed by Imbroto and Hand.  Republican Town Clerk Richard LaMarca was also re-elected in November, garnering roughly 68 percent of votes. He was originally elected to the position in 2019.

“This great team has stood before you promising a new term that would be like no other - and boy, did we get that wish,” Saladino said. “We committed to using every talent and skill to guide this Town safely and professionally and overcome every challenge, and that's exactly what we did when faced with the largest challenge in a century. While we continue to battle this pandemic, we have set a course which has become a template for others, and dealing with the pandemic was just the beginning.”

The results from this past election have often been referred to as a ‘red-wave,’ with the republican party taking home wins in a majority of county-wide and local elections. This is the first time the party has controlled Nassau County's leadership across the board in nearly two decades.