Two generations powerlift together in competition 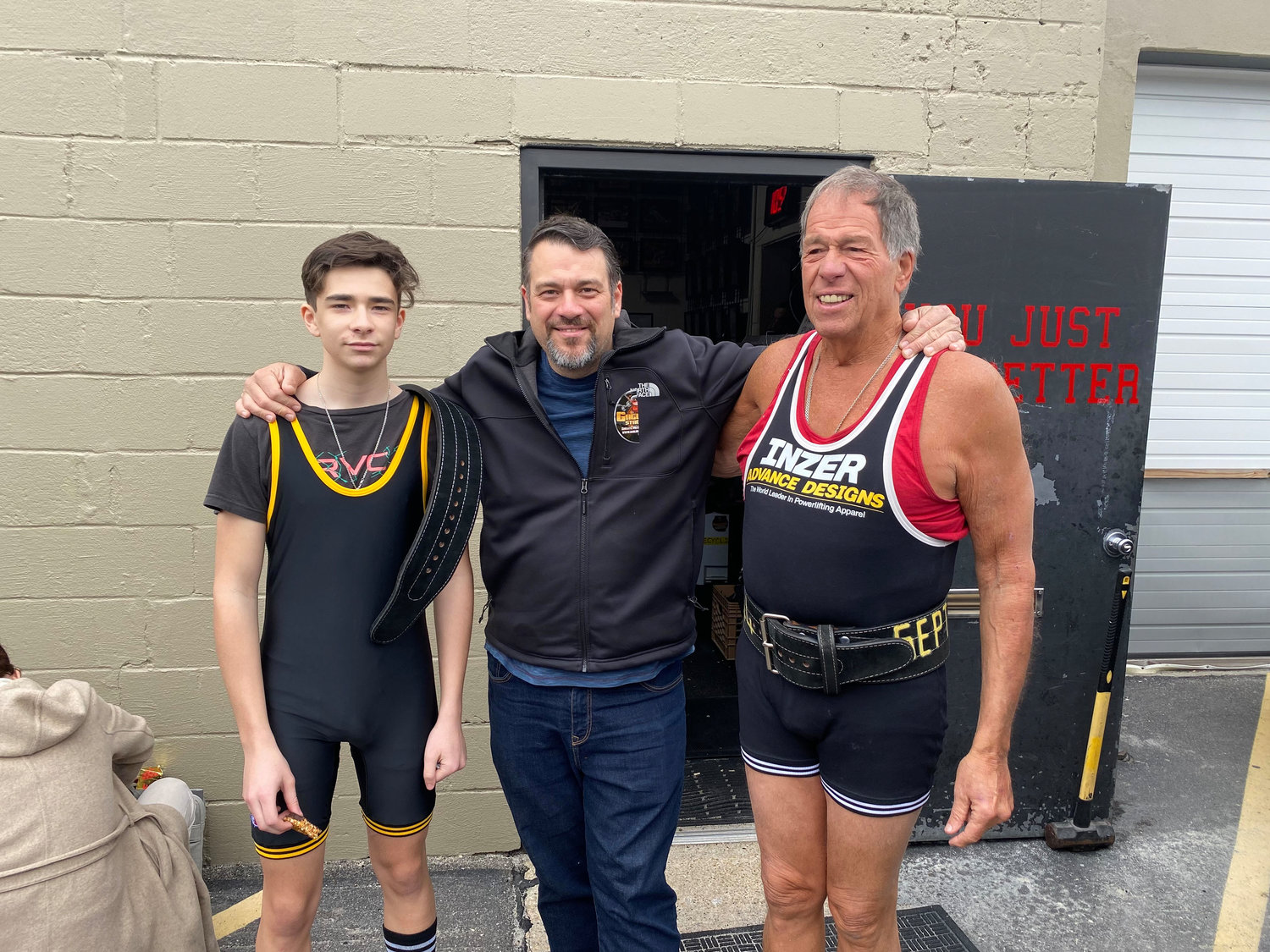 Jack Miller, far left, his father Jason, and grandfather, Arthur were excited that Jack broke the state record.
Will Sheeline/Herald
By Will Sheeline

There are many ways a grandfather and grandson can bond. For some, it’s going fishing on weekends, for others listening to old vinyl records. For 78-year-old Arthur Miller and his grandson Jack Miller, it’s the unlikely sport of powerlifting.

The first powerlifting competition was held in 1964, although the idea of powerlifting originated in ancient Greece, where athletes lifted large stones to prove their strength. The sport consists of three categories: the squat, bench press and deadlift. In each of these events men and women push themselves to their physical limits, competing not against another team, but against the weights and their very bodies.

“It’s a really great sport, with such great people,” Arthur said. “You could be anything, a doctor, a frankfurter salesman, it doesn’t matter as long as you’re here.”

Miller, a former jazz musician and music teacher, has been powerlifting since 1963, when he was 18. Although he enjoyed the sport, he stopped for a few years, but picked it back up again in his mid-40’s.

It was two months ago that he and Jack, a freshman at North Shore High School, started lifting together seriously. They work out at the YMCA most days after school, working on general body endurance and chest and back work in addition to powerlifting.

Jack has also played football and track for North Shore, but said he prefers powerlifting to more traditional sports.

On Saturday, Miller and Jack participated in a competition organized by the Revolution Powerlifting Syndicate, which was hosted by Gaglione Strength gym in Farmingdale. Men and women lift across a variety of weight and age classes, all doing the full set of deadlift, bench press and squat.

RPS was founded by professional powerlifter Gene Rychlack Jr., who set world records for being the first person to bench above 900, and subsequently 1,000 lbs. Although he died in 2019, the organization is still run by his wife, Ame. RPS works with gyms and lifters all over the country and keeps track of state and international records in a public database.

Around 30 lifters and roughly 80 spectators came together on Saturday.

According to John Gaglione, owner of Gaglione Strength and the state representative for RSP, it’s the camaraderie and sense of self-worth that lifting develops that really brings people to these competitions more than anything else. He opened his gym in 2011, as a way for people to develop confidence in themselves through lifting and considers himself an advocate for the sport.

“We could all use a little confidence, and feel good about ourselves,” Gaglione said. “Seeing progression and getting a win, being in control of your body, I really believe that helps people in every aspect of their lives.”

Miller and Jack competed in the 196 and 132 weight classes and the 75 and up and 14 year old age groups, respectively. Jack ended up breaking New York state records in all three categories, bench pressing for 105 lbs., deadlifting for 225 lbs. and squatting for 155 lbs.

Together, Miller and Jack represent two generations of powerlifters and plan to continue lifting together for as long as they can.

“You know, this sport brings people of all ages and races, guys and girls together,” Miller said. I’m gonna be 80 in two years, and God-willing I’ll still be lifting with them.”