WWII veteran sends thousands of DVDs to those serving overseas 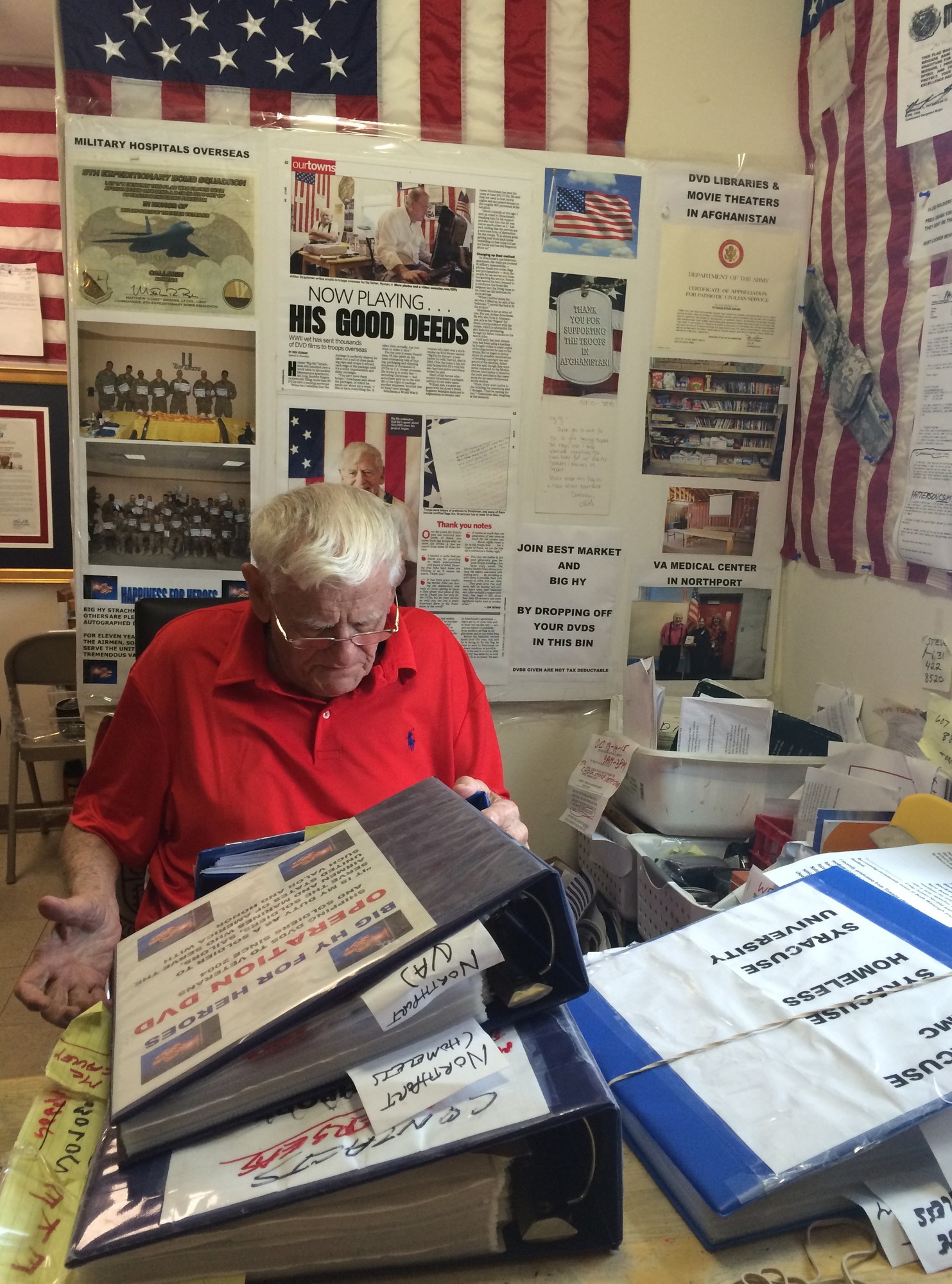 Hyman Strachman, 96, was recently honored at State Sen. Michael Venditto’s Veteran’s Appreciation Breakfast in Seaford for his service and his work to send DVDs to troops fighting overseas.
Photos by Rebecca Anderson/Herald 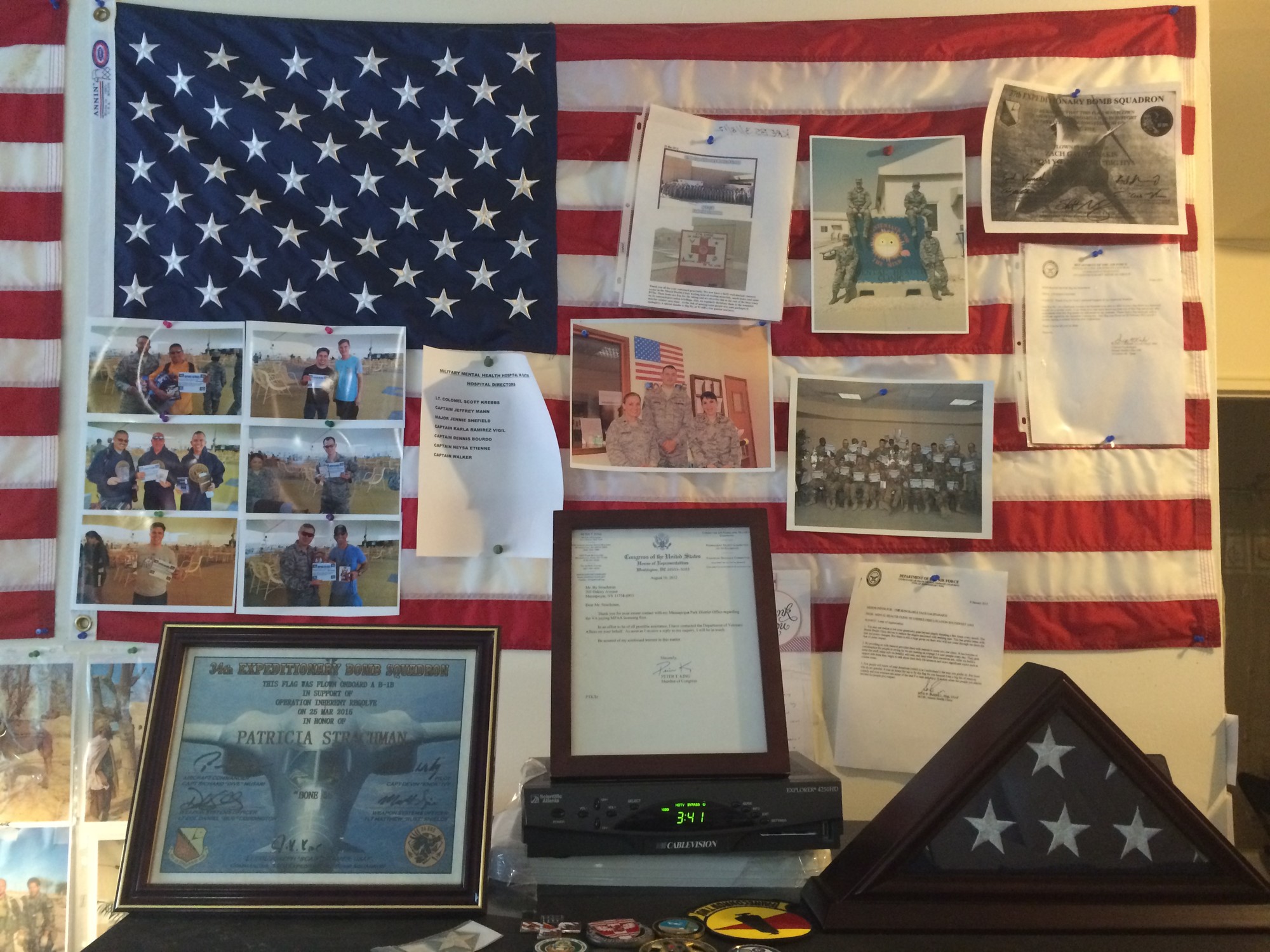 Strachman’s Massapequa apartment features numerous photographs and other mementos from his time serving in the army. He is a World War II veteran.
Photos by Rebecca Anderson/Herald 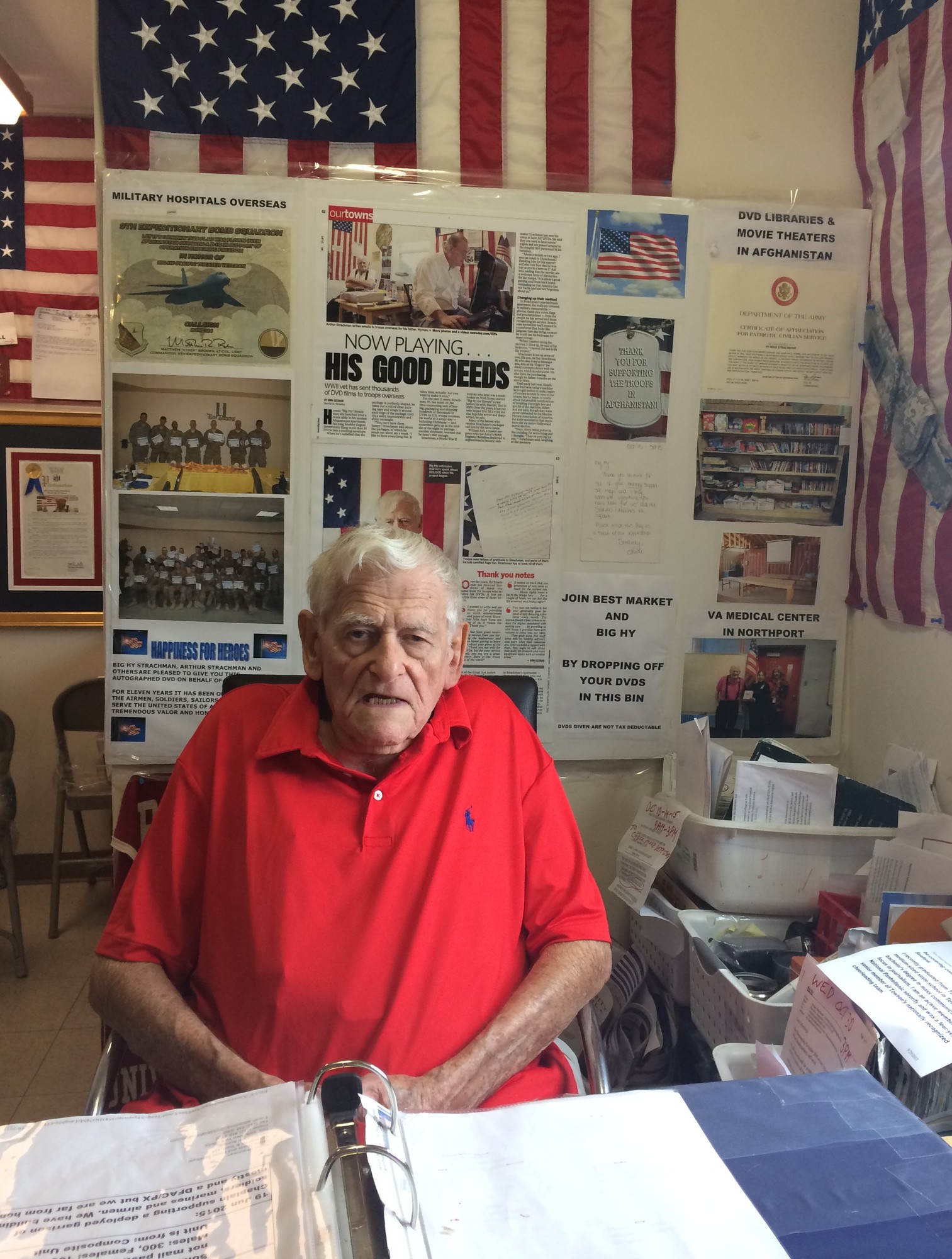 The 5-foot-5 elderly veteran slowly strides across his Massapequa apartment to a cluttered desk with the help of his walker. The two-bedroom space in the senior housing complex is draped in American flags, National awards and certificates of honor. He sits down and pulls out just one of the many four-inch binders from under his desk. The binders are filled with contacts and letters from various chaplains and military units who have received word from the old-time New Yorker. He doesn’t say much, but the pictures on the wall speak loud enough.

Hyman Strachman, a 96-year-old, World War II veteran from Long Island, has been making his mark on the nation for almost 12 years. With the help of his son, Arthur Strachman, and granddaughter, Patricia Strachman, the “Big Hy for Heroes” program was born in 2004 to aid soldiers that are currently serving overseas.

Strachman has sent out nearly 270,000 DVDs to large groups of soldiers, sailors, marines and airmen, deployed in the Middle East as well as at Veterans Administration medical centers throughout the Tri-state area and Military Mental Health Wounded Warrior hospitals.

Although Strachman strives to help the many that serve the country, there is a catch. The DVDs are bootleg copies, bought online and off the street, giving him the nickname, “The Pirate of Massapequa.”

“The fellow told us to say ‘Jesus,’ and we did,” Strachman said about the man copying over DVDs. “And we started turning out 700 copies at a clip.”

Along with an assortment of DVDs, Strachman also sends over comic books and Revlon nail polishes for the women that are serving.

Within the last three years, Strachman has become a local celebrity and hero among the public, with articles written about him in several newspapers and appearances on television news programs. After these new agencies got word of the entire operation, they swarmed his apartment desperate for interviews. No one wanted to miss the chance to speak to the modern day Robin Hood.