Facing life — and death — with peace and love 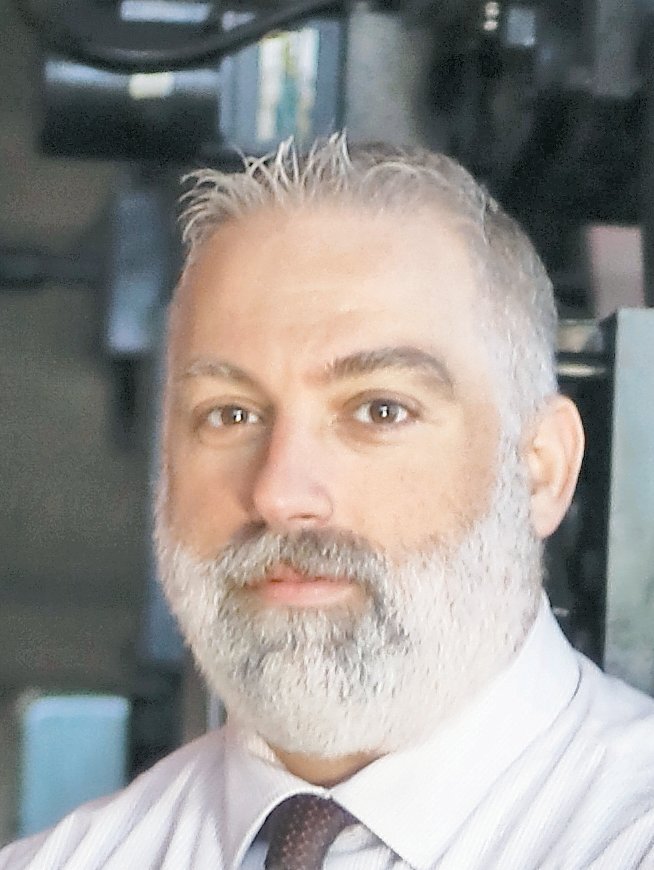 John Casciani died last weekend. You don’t know him, but trust me, he wouldn’t want anyone to fuss over him. He came into this world quietly 88 years ago, and I’m sure would prefer the same exit now.

But you can’t have such a profound effect on someone’s life — to the point that you almost single-handedly changed it for the better — and expect them to experience your passing as an after-thought.

Writing isn’t just a profession for me. It’s how I cope. And the moment I learned of Mr. Casciani’s passing, I put pen to paper, sharing an anecdote from the very first time I met this fascinating chemistry teacher and photography club adviser from my high school days, and how he introduced me to the magical world of the darkroom.

I talked about the value of teachers, who are key to our self-discovery of who we are. I even shared Mr. Casciani’s way of making even the most mundane interesting, like when he would wager his chemistry classes he could drink a glass of boiling water — and then actually do it.

But the moment I typed the final words of that piece, I closed the document and then dumped it in the trash. Not that Mr. Casciani doesn’t deserve to be remembered, but because I simply don’t know how to express my sadness that someone who touched and transformed so many lives as a teacher over the years no longer shares the same plane of existence we do.

I was going through a bad time when I first met Mr. Casciani. We all remember being teenagers, and few of us can say it was easy. But Mr. Casciani truly changed my life. Not just teaching me the skills that helped me land my first newspaper job — the fact that I could develop my own film and print my own pictures helped get me through the door of a daily newspaper when I was still in high school — but being someone who taught me it was OK to be fascinated by the world around us. That we shouldn’t be ashamed of that sense of wonder.

Yet I simply couldn’t find the words to express any of that. Outside of a few Facebook interactions, I hadn’t had a direct conversation with Mr. Casciani since I graduated from high school in the early 1990s. But he would occasionally send me a note, usually asking me to help him remember some details about projects we worked on — like our school’s television program in the days when creating television at the high school level wasn’t so easy to pull off — so he could reminisce.

He would sign each of those messages with “peace and love” — something you always felt around him. Peace and love.

I can usually write a column like this practically in my sleep, but nothing seemed right to honor this man who did so much for everyone, yet didn’t want anyone to notice.

But then I remembered something else Mr. Casciani taught me. Strength doesn’t come from not needing to ask for help — it comes from seeking help when you need it. Something pride interferes with all too often.

So, I sought that strength inside of me and asked for help. Marcie Schellhammer is the assistant managing editor of the Bradford Era in north-central Pennsylvania, about 30 miles from where I grew up. She’s written so many beautiful columns about people that I cite her work to my own reporters when we need examples of the best way to honor people with our words.

I did everything I was supposed to do. I shared a favorite memory, and how what I learned from it changed my life. I shared the moment my eyes opened, and even talked about how Mr. Casciani helped mold me into the man I am now. But it still wasn’t working.

“That’s because you wrote it to write a column,” Marcie told me. “You didn’t write it with your heart. At least that’s my process. I can’t write a memorial column without crying.”

So, that’s what I did. I cried. Tears of sadness. Tears of happy memories. Tears of who I am. Tears of what I might have been if it weren’t for Mr. Casciani.

As always, Marcie was right. And the more I thought about it, the more I realized I couldn’t take the traditional approach in honoring Mr. Casciani. I can scream from the hilltops how important our educators are — and they indeed are. But the truest way to honor a man like Mr. Casciani is to put what he taught me into practice.

To admit when I’m struggling. To face it. To seek out help. And to never, ever be ashamed of it. I joke from time to time that Mr. Casciani would tell me the skills I was learning in the darkroom would be skills that would help me the rest of my life. And then, in my mid-20s, darkrooms went extinct in the shadow of digital photography.

But that has changed my life. I haven’t stepped inside a darkroom in about two decades, but the skills I learned there opened the doors at the beginning of my career that allowed me to sit here and write these words today. And for that, I will be forever grateful to Mr. Casciani.

We all have a Mr. Casciani in our lives. And we can never thank them enough for making the impact they did. So, if you can still thank them, please take a moment and do it now.
Peace and love.

Pence can persuade America he’s the president it needs