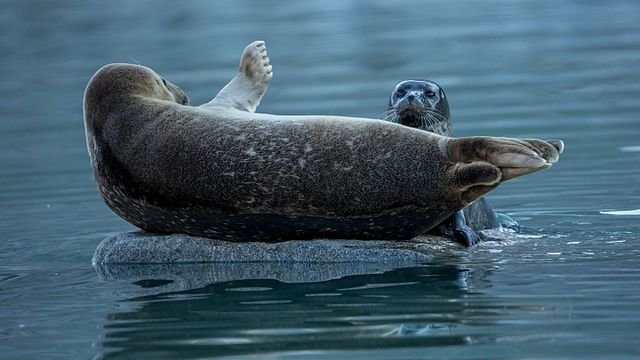 Harbor seals, like the one pictured above, were spotted at Jones Beach State Park during a hike organized by New York State.
WIKIMEDIA COMMONS/Andreas Weith 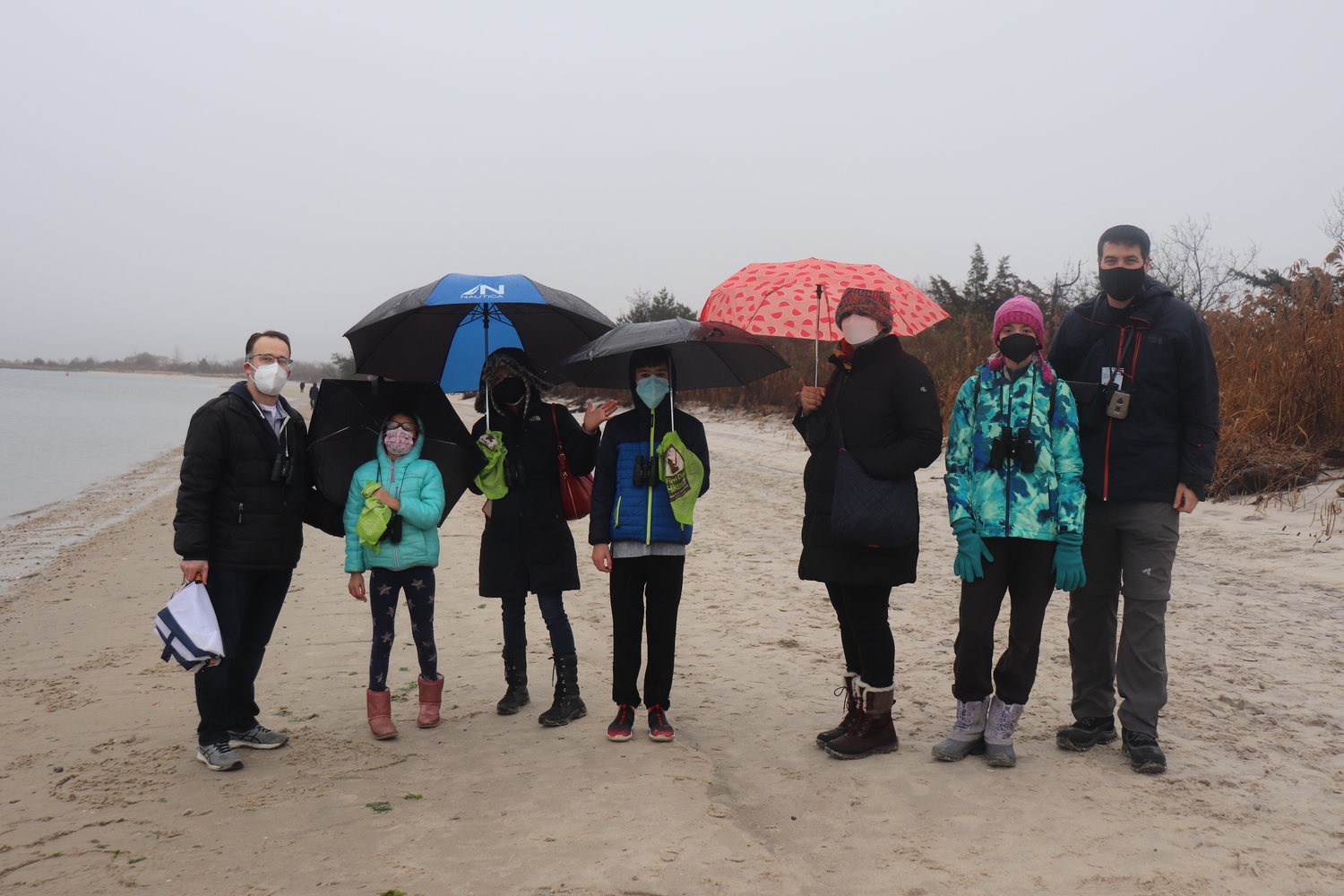 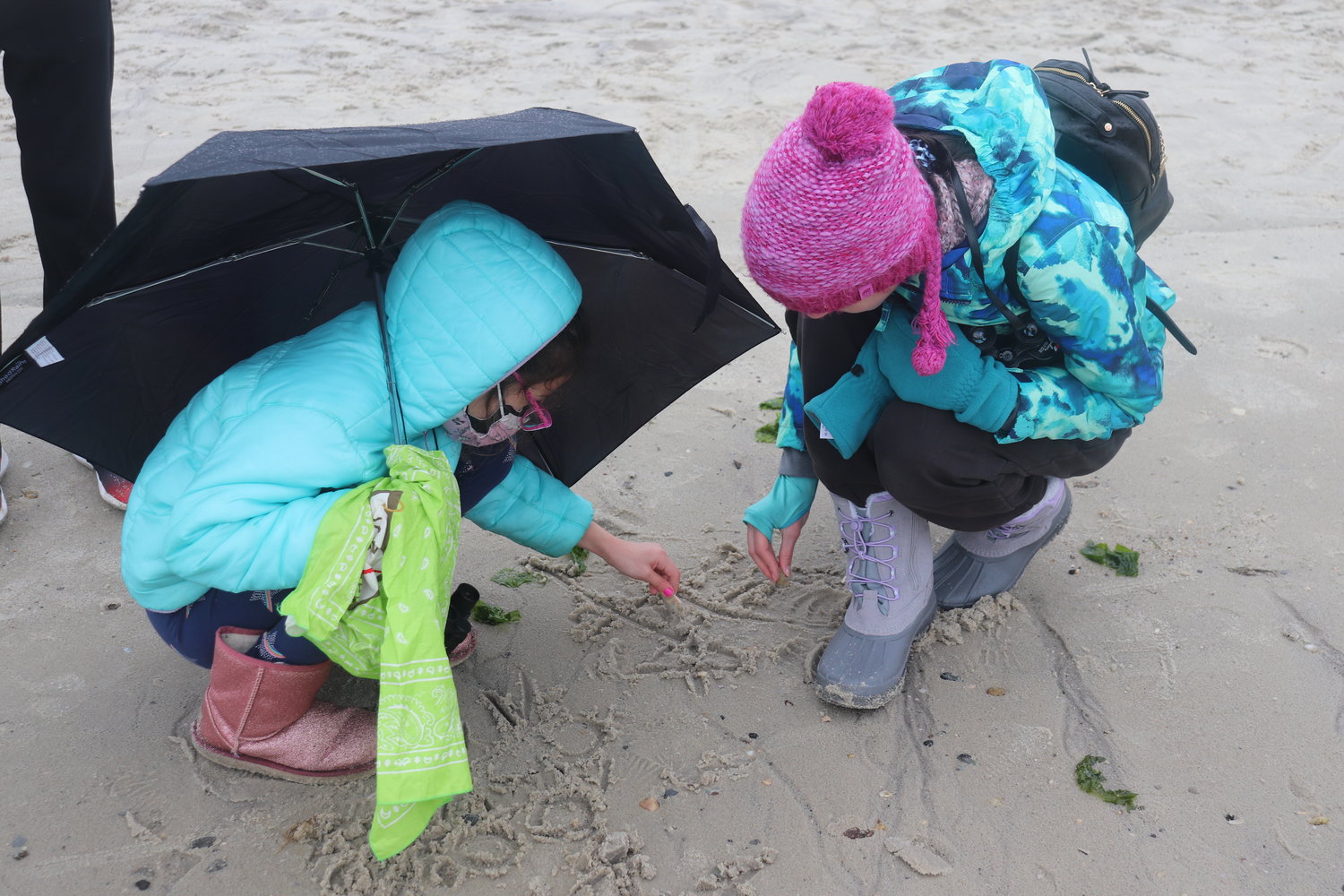 Families rang in the New Year alongside seals and wildlife on Jan. 1 when they traveled to Jones Beach State Park for New York State Park’s annual First-Day Hike.

At Field 10, Jones Beach staff guided viewers in the direction in seals, who could be spotted in the distance bobbing their heads above the water.

From the beach, at least five harbour seals were spotted swimming in a group. Growing up to six feet in length, these mammals migrate to Jones Beach from late fall to early spring, looking for warmer waters to fish, according to Jones Beach Nature and Energy Educator, Mia Ramirez.

Traveling from New England and Southeastern Canada, the seals hunt for schooling fish, such as White Perch and other marine creatures such as crustaceans and shellfish, Ramirez said.

“People often picture whales, seals, and dolphins to be animals that live in faraway oceans, but once [people] visit Long Island beaches and turn their attention to our waters, they may see a dolphin jump out of the water for the first time,” Ramirez explained. “As an educator, I love when I look at someone’s face and I see it dawn on them that Long Island is a magical place with breathtaking wildlife.”

Phocid seals, also known as true seals, are native to Long Island. Phocidae family seals can be differentiated from other types of seals in the “Pinniped” family such as Otariidae or Odobenidae by their “earless appearance,” meaning they do not have external ear flaps.

Among the five species of phocid seals native to Long Island, the harbor seals are the most common in New York, according to the New York State Department of Environmental Conservation. Harbor seals have shorter snouts and rounded heads, which gives them a more “puppy-like” appearance.

“They look like bowling balls bobbing in the water,” said Andrew Ricci, 43, a Merrick resident who participated in the tour.

A self-described nature lover, Ricci was accompanied by his wife, Manuela Ricci, 43, and daughter, Sofia Ricci, 13. This year was their second time attending the Jones Beach First-Day Hike. A business member and leader of the Appalachian Mountain Club, Ricci said he’s explored nature through rafting, national parks and humpback whale-watching.

Accompanying the Ricci family on the tour was William Ostrow, 43, and his family. Nearing the 30th anniversary of their friendship, Ostrow and Andrew, two high school friends, decided to go to Jones Beach together with their families as a celebration of sorts. Ostrow was accompanied by his wife, Glenda Alvarado-Ostrow, 44, son Wyatt Ostrow, 11, and daughter Maya Ostrow, 8.

On their first seal walk, the Ostrow family was captivated by the harbor seals. “It’s just so nice to be able to go outside and not have too many people here,” said Alvarado-Ostrow.

Wantagh native Alvarado-Ostrow runs a composting company Grounds For a Peel, which aims to reduce food waste and to improve the environment.

“Exploring nature, especially in your local area, opens your eyes to so many valuable experiences,” said Ramirez. “Once you learn more about the plants, and animals you share a home with, I guarantee you will feel more connected to your everyday life and more aware of how your actions influence the world.”

Ramirez said the seals typically stay in the waters surrounding Long Island until springtime, when their “pupping season” begins, at which time seals will head north to give birth to their young.

Guided seal tours will be available throughout the winter season. Check back online at: https://parks.ny.gov/parks/jonesbeach/ for more guided tours.