Alice Moloughney was an Ursuline nun for 87 years 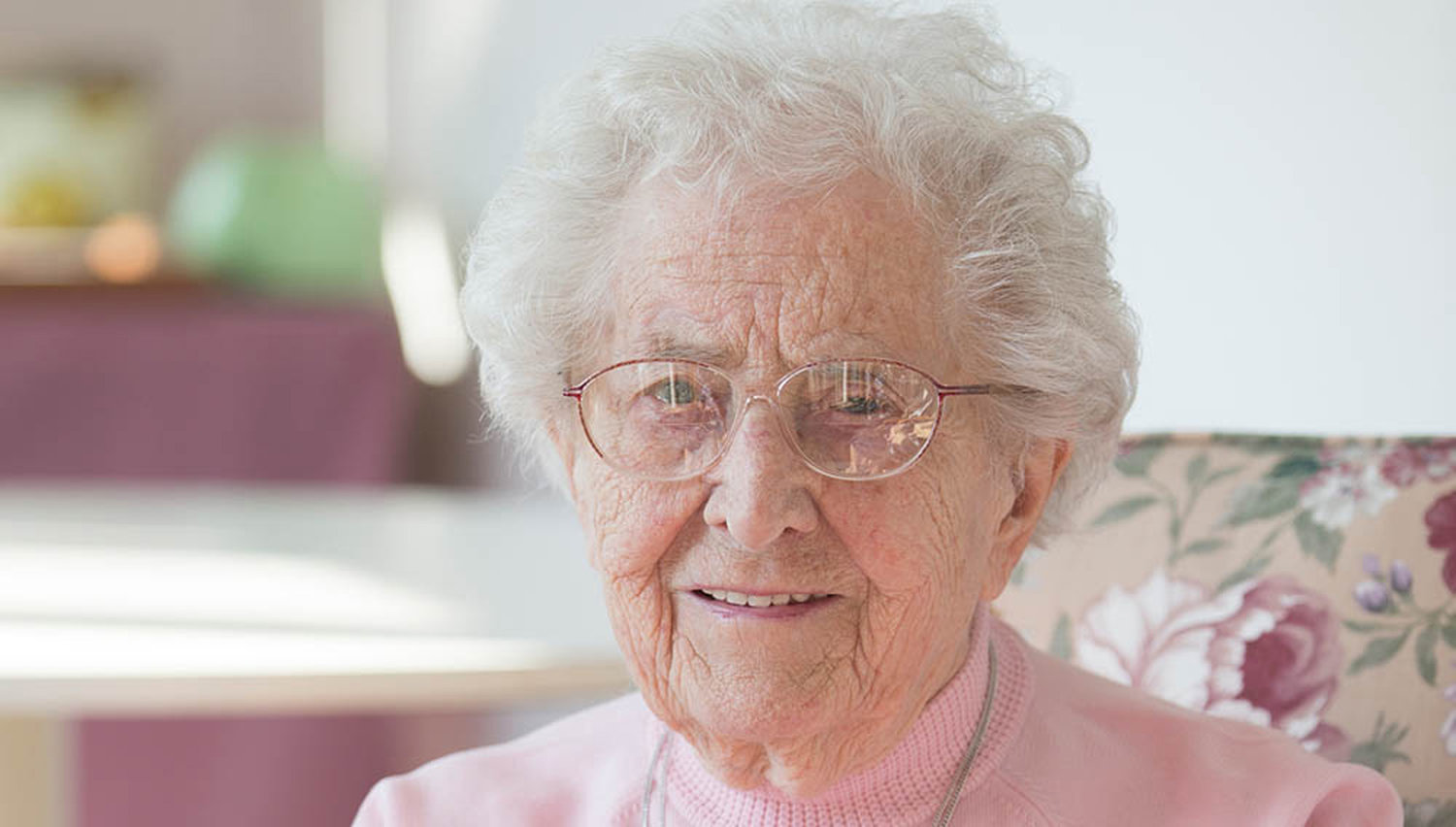 Sister Cecilia Moloughney, who died at age 102 on April 5, spent much of the 1960s teaching seventh grade at St. William the Abbot School.
Courtesy Ursuline Sisters of Tildonk
By Timothy Denton

Sister Cecilia Moloughney, who spent 87 years as an Ursuline nun, serving parishes across the Northeast — including a stint at St. William the Abbot School in Seaford in the 1960s — died on April 5, less than two months shy of her 103rd birthday.
Alice Mary Moloughney was born in County Tipperary, Ireland, in June 1916, two months after the Easter Uprising. Known as “Lil,” she was the seventh of 10 children. Always deeply religious, she decided on a religious vocation as a young girl at her first Holy Communion.
Her older sister, Patricia, had already joined the Ursuline Sisters of Tildonk, a teaching order founded in the early 19th century in Belgium, and had moved to the order’s motherhouse in the U.S. in Blue Point, N.Y. When representatives of the order visited Ireland in 1932, looking for prospective members, Lil was eager to go. Though not quite 16, she asked her parents’ permission to join her sister. They reluctantly gave it, feeling they might never see their daughter again, according to her own account, given several times over the years.
Moloughney took her preliminary vows in 1935, at age 19. She received degrees from Fordham University in theology and religious education and eventually became a U.S. citizen. She taught seventh grade at St. William and at the Nativity of the BVM School in Ozone Park, Queens, as well as ninth grade at Holy Family High School in South Huntington. She also served as coordinator of adult religious education for the Diocese of Rockville Centre for six years, and directed the education program at the parish of Our Lady of Snow in Blue Point.
Moloughney came to St. William the Abbot in 1960 as a seventh-grade math teacher.


Like her namesake, Saint Cecilia, she was an accomplished musician, and directed choirs and played the organ in various parishes. At St. William, she accompanied the school’s glee club, although she was legally blind.
Sister Mary Joan of Arc Spellman, the glee club’s director, remembered Moloughney for her positive energy and her humility. During the four years the two worked together, Spellman said at Moloughney’s funeral, “Not once did she correct what I was doing. I, who had little knowledge of music, was supported by one who was far superior.”
Spellman had a unique relationship with Moloughney, having been her student in seventh grade at Nativity BVM, and later, starting in 1951, training under her in the Ursuline novitiate. “She remained a guiding force in my life through the years,” Spellman said. “For the gift of her friendship and guidance, I am most grateful.”
Moloughney served her religious community in several capacities, including 10 years as director of novices and eight as provincial councilor. Following the Second Vatican Council, from 1962 to 1965, she chaired the order’s international commission, paving the way for its new constitution, which was approved in September 1982.
Moloughney spent 30 years at St. Michael the Archangel parish in Greenwich, Conn., where she attended the sick and homebound and took an active role in women’s organizations. One of the highlights of her later years was serving as the grand marshal of the Greenwich St. Patrick’s Day parade with her sister. She had advised the organizers that they would have to accept both of them as “a package deal,” she said.
She moved to the order’s motherhouse in Blue Point at age 92, and spent her last years in a nursing home run by the Sisters of St. Joseph of Brentwood.
During her time at Blue Point, Moloughney played the organ for a half-hour before Mass, Spellman recalled. “One time when I was visiting her,” she said, “Sister Cecelia said, ‘Listen to a beautiful melody, sing a little song, even dance a step or two and give glory to God. You’ll find peace in his love.”
Summing up Moloughney’s life, Spellman quoted her former novice mistress: “‘I’ve had a wonderful experience as an Ursuline sister, and many crosses to carry,’” she said. “‘But I knew God was with me all the way.’”
Report an inappropriate comment