Getting the power back on in Puerto Rico 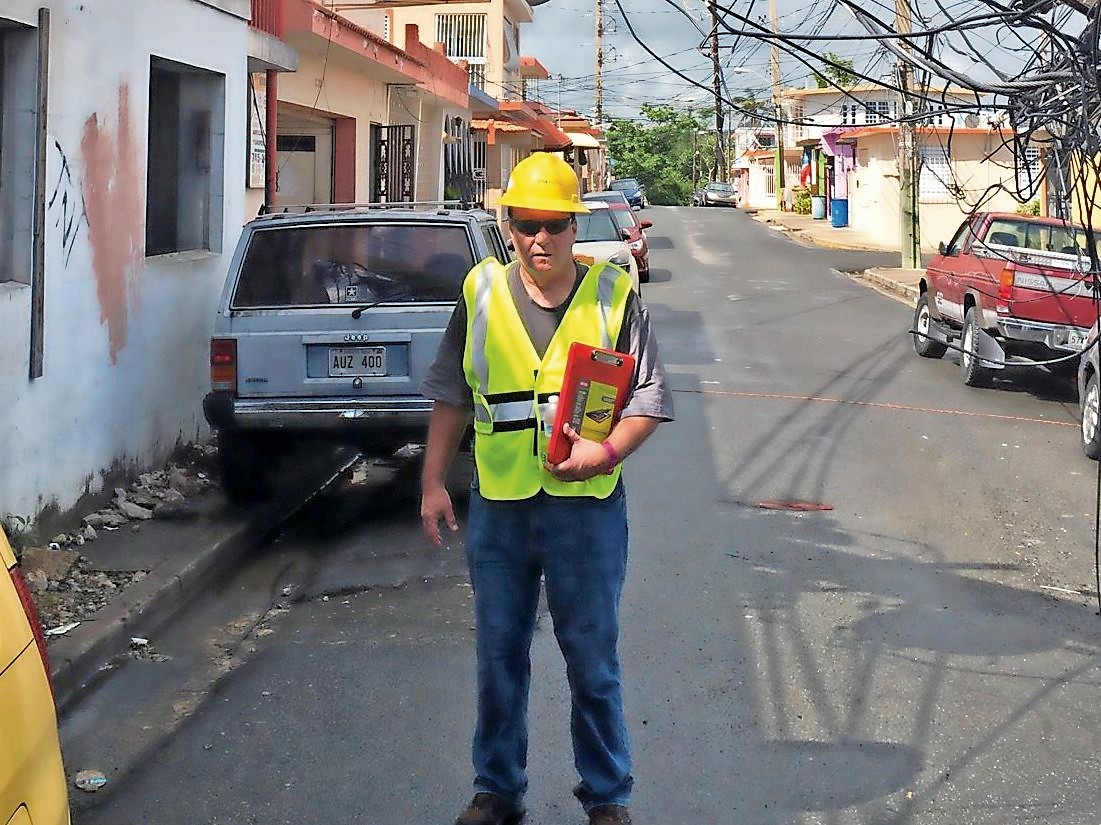 Former Seaford resident Timothy Harris, near right, was sent to the island as part of a four-man crew to evaluate some of the storm damage.
Courtesy PSEG 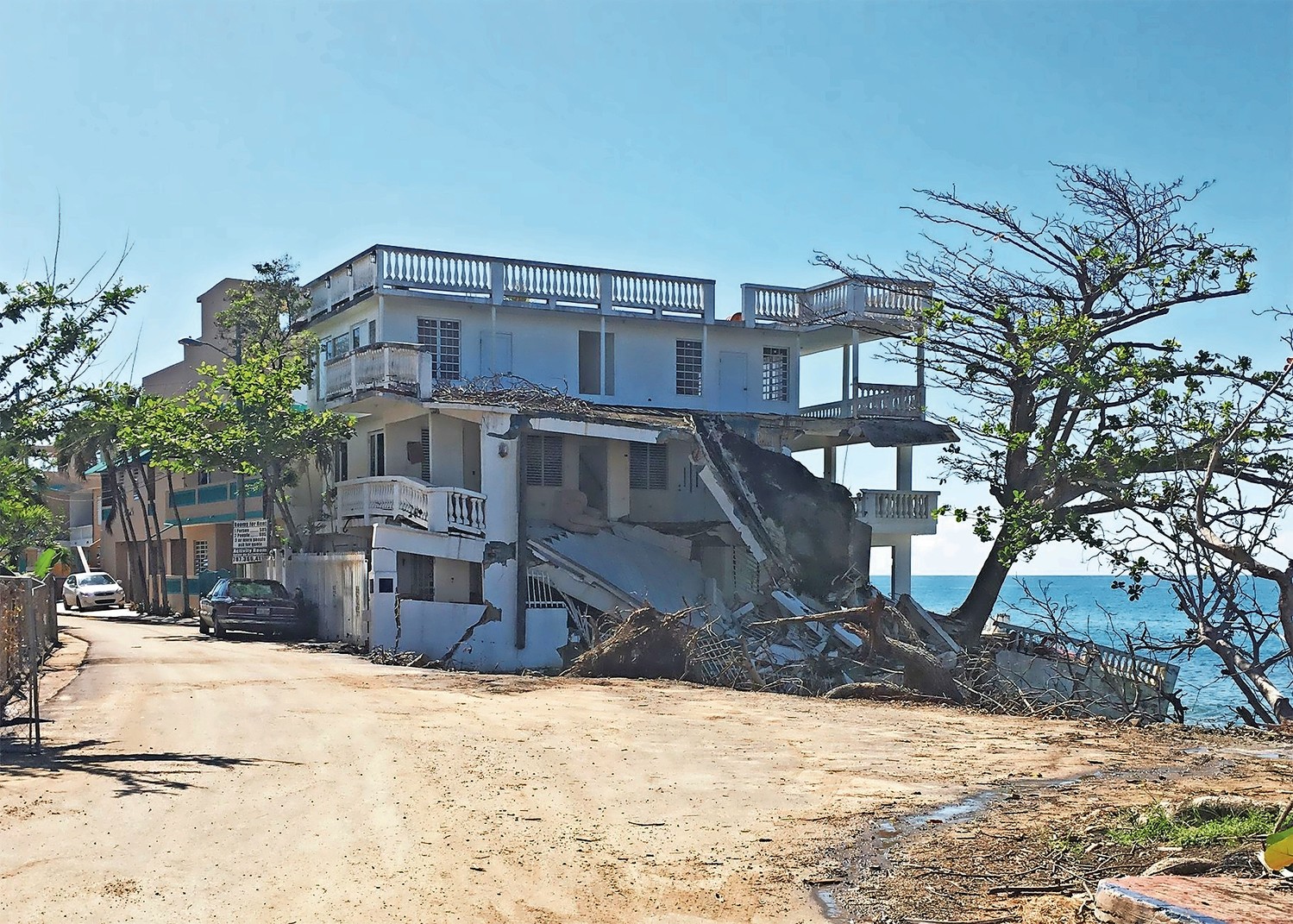 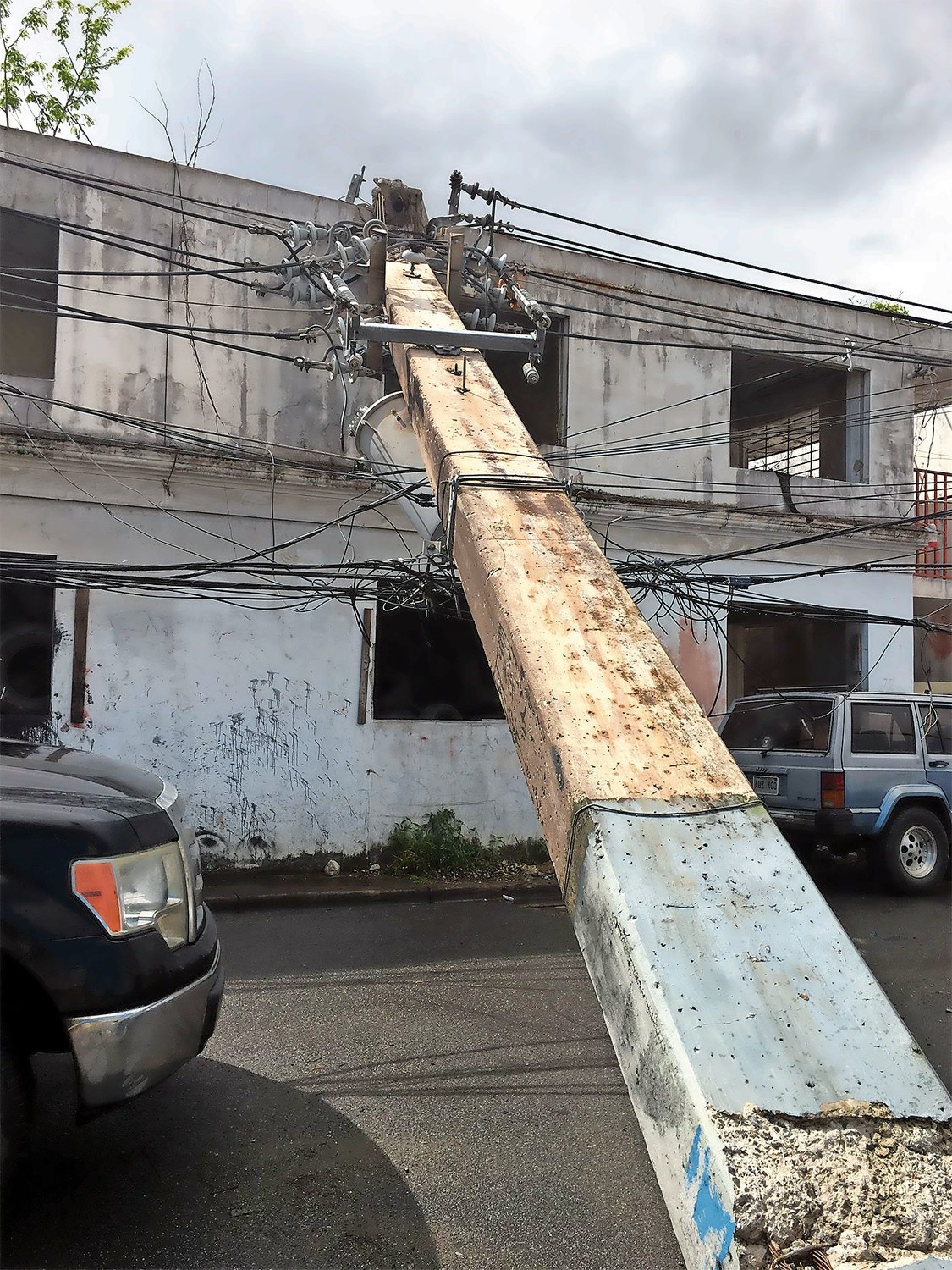 Timothy Harris waded through mounds of dirt and debris in a small village near San Juan, Puerto Rico, one day in mid-November. The former Seaford resident was deployed to the island as part of a four-man crew from PSEG to evaluate electrical damage from Hurricane Maria, which leveled the island last September. Conditions he found, were worse than he anticipated.

As Harris and his co-workers took note of tangled wires and steel beams jutting out of heavily damaged homes, a woman called down from a nearby four-story building asking if they wanted water. They declined, showing her the canisters they had brought.

As the men continued to walk, Harris recalled, they couldn’t help but notice the curious and excited faces of the residents of the beat-up homes, watching them evaluate the power grid. A few minutes later, the woman from up above ap-      proached them, presenting them with four bottles of water.

“The people were so nice and happy to see us taking action to get electricity,” said Harris, 61, an economic development consultant for PSEG who coached the Wantagh-Seaford PAL intramural soccer and baseball teams for 12 years before moving to Massapequa. “I speak limited Spanish, so it was hard, but they just wanted to know when they would get their lights back and how long it would be. Just the fact hat we were there — the appreciation was astounding.”

In an ongoing response to Gov. Andrew Cuomo’s call for post-hurricane support for Puerto Rico, PSEG recently mobilized a contingent of crews to aid in the rebuilding of the island’s severely damaged electrical grid. More than 50 PSEG Long Island employees and contractors have been sent to the island since early November.

According to PSEG, the damage is severe and extensive, with restoration crews still finding broken trees and utility poles on homes’ rooftops and roads. Electrical wires are tangled among telecommunication wires and other debris. Many roads have been washed out or collapsed, making the crews’ restoration efforts all the more difficult.

Harris and his crew, who were in Puerto Rico for 30 days, from Nov. 8 to Dec. 8, helped quantify the damage in small villages around San Juan. They would leave their hotel at 4:30 in the morning, Harris said, and drive for as long as three hours to one village or another — trips that he described as “white-knuckle drives,” with wildly varying topography and tight turns.

“Restoration is slow, tedious and at times very challenging, given the terrain,” Harris said. “I’m humbled to realize how much I really have to be thankful for after meeting so many gracious people that are dealing with such hardship.

“It was nice, because we formed a camaraderie,” he added, describing his interaction with other electrical workers. “Every day we were laying out maps and dealing with other utilities — just doing real work that means something.”

In late October, Harris said, his boss had asked a pool of PSEG utility workers to travel to the island and assess some of the damage. He decided to volunteer and “take the opportunity to help people.”

“I really wanted to give something back to them and go down and see what I could do,” Harris said. “We were really damaged after Superstorm Sandy, and people personally helped me out during my time of need. I wanted to pay it forward.”

Along with his two sons and two stepdaughters, Harris said he also missed his dog, Rusty, while he was gone. “There were a ton of loose dogs everywhere that were domestic and didn’t have homes,” he said. “It just reinforced how lucky I have it.”

According to PSEG officials, the second wave of workers, which was deployed on Dec. 22, are scheduled to come home Jan 18. Another wave of volunteers will be sent over the next day.