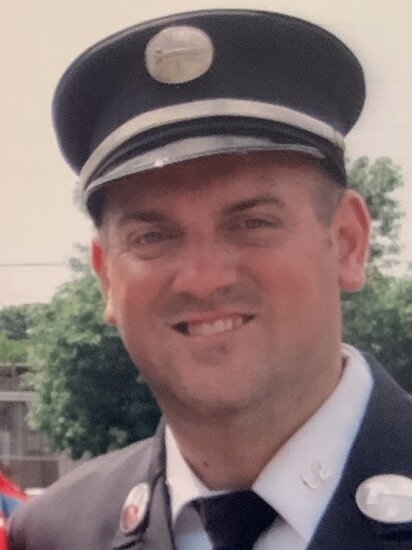 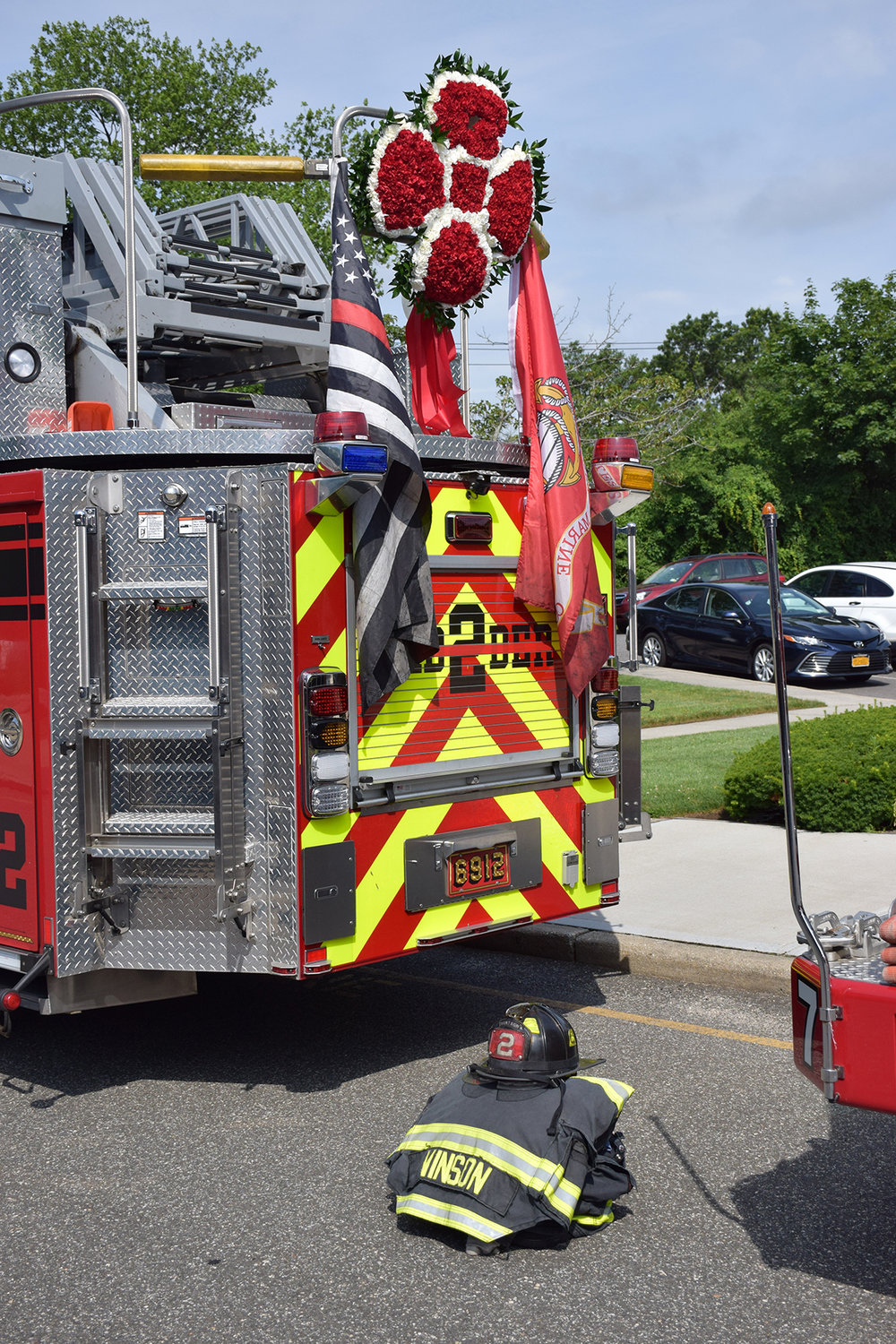 James Vinson’s uniform outside Ladder 2, where he served for much of his career with the Wantagh Fire Department.
Courtesy of Harry Loud
Previous Next

When everyone was sharing memories of him at the funeral, I heard a lot of people saying 'best friend'.”
Ellen Vinson, mother of James Vinson
By Michael Malaszczyk

Capt. James Vinson, who served more than 20 years with the Wantagh Fire Department, died unexpectedly on July 5. He was 44.

Capt. Vinson’s family and friends in the Wantagh community described him as a selfless individual who will sorely be missed.

Vinson, whose career was as an insurance broker in Manhattan, dedicated a great deal of his time to the Wantagh Fire Department, a fully volunteer organization, to help protect his community.

According to Vinson’s sister, Jackie Verdon, 41, growing up in Seaford, he had always wanted to be a firefighter.

“Our grandmother used to have the fire department scanner (on), and he would listen to whatever fires were going on in the area,” Verdon said. “Sometimes we would get into the car and drive to the fires so he could watch the firefighters.”

His career as a firefighter began in high school at age 16, working as a junior volunteer firefighter in North Massapequa, since Wantagh didn’t have such a program available at the time. As soon as he turned 18, Vinson joined the Wantagh Fire Department and was assigned to Engine 7. In 2004, Vinson transferred to Ladder 2 and began the transition from an engine company to a ladder company, moving from fire suppression to ventilation and rescue. Vinson was promoted to lieutenant in 2012 and served for two years before being elected captain of Ladder 2. Due to his seniority, Vinson also served as a mentor to many of the department’s younger members.

Vinson served on a number of Wantagh Fire Department committees and also served as an EMT and a safety officer. Vinson was a department secretary, tasked with the important role of coordinating and registering members for training opportunities. He also received a number of awards, including a Lifesaving Award and Chiefs Award.

Immediately following his passing, members of the Wantagh Fire Department gathered at Station 2 to pay tribute to his life. According to department spokesman Kevin Regan, Vinson was described as a great friend, a selfless individual, respectful, and genuine.

Vinson’s mother, Ellen, added that many thought of her son as their “best friend.”

“When everyone was sharing memories of him at the funeral, I heard a lot of people saying ‘best friend,’” she said. “Apparently, James would always say, ‘Thank you, best friend’ when someone helped him get something done.”

His family remembered him as a heroic individual, who always stepped up to the plate when required, even if the timing wasn’t convenient.

Verdon said Vinson’s father, James Sr., died eight years ago, leaving Vinson to step up as the head of the household and care for their mother. Vinson never married and has no children, so Verdon, who is going through a divorce, said Vinson had stepped up as a father figure to his three nephews, Christopher, 7, Charles, 5, and Colin, 2.

Verdon also recalled Vinson’s love of travel, and how he was always thrilled to take his nephews to all sorts of fun places. It was on the way to Hershey Park on July 5, when Vinson went into cardiac arrest while driving and tragically died.

A wake was held at the Charles J. O’Shea Funeral Home in Wantagh on July 7, and a funeral was held at Maria Regina Catholic Church in Seaford the following day. Vinson is survived by his mother, sister and three nephews.